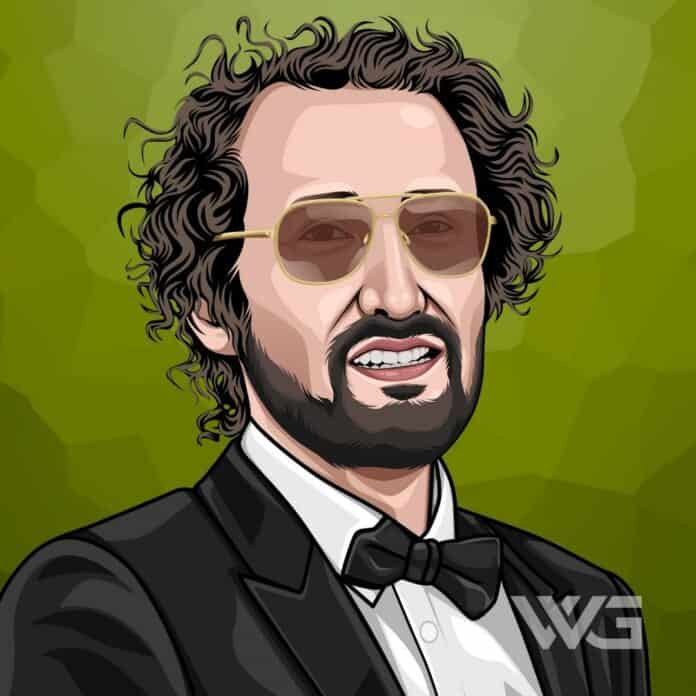 What is Thomas Bangalter’s net worth?

Bangalter is one half of Daft Punk, a hugely famous electronic music duo that has influenced various genres in the music industry. The duo’s popularity started during the French house movement in the late 1990s.

The band’s smash hit song Get Lucky, has contributed to his biggest commercial triumphs to date in the music industry.

As of January 2023, Thomas Bangalter’s net worth is estimated to be $90 Million.

Bangalter was born into a Jewish family, but they were not overly religious. He was introduced to classical music at the age of 6 when he started practicing the piano.

His parents were very serious about his piano lessons, which later helped him pursue his dream of creating his own unique sound.

Thomas’ father was a songwriter for up-and-coming artists, so he had a head start with his dream of becoming a professional musician. Bangalter attended Lycee Carnot school, where he eventually met his future bandmate, Guy-Manuel de Homem-Christo, the other half of Daft Punk.

The two friends got along right away, with their similar interests in old music and films. While still at school, the two formed a band along with another friend, Laurent Brancowitz.

Their indie rock band, Darlin, didn’t make a great first impression and received their first critique from a magazine where their music was called “daft punky thrash”.

The unfazed band decided to use this to their advantage and renamed the band “Daft Punk”.

Bangalter and Guy went to a club one night and discovered their passion for electronic music. Laurent, however, was not interested in the new genre, and shortly after left the band.

Bangalter, one of the top 20 richest DJ’s in the world, and Guy, carried on with the band and decided to try and create a career within the music industry.

Bangalter gave a demo of Daft Punk to Slam, which resulted in their first single called “The New Wave”.

Not much came about from their first single at first, which is why Bangalter joined another band, Da Mongoloids, for a short while. Alongside Junior Sanchez and Armand Van Helden, they released one song with a record label called Strictly Rhythm and then broke up.

He released multiple solo singles, such as “Outrun” and “Turbo”. During this time, the album “Homework” received rave reviews worldwide, with one of the songs to stand out the most being “Around the World”.

The group went on to release four more albums; Discovery, Alive 1997, Human After All, and Alive 2007, but “Human After All” did not receive much love from the critics, who absolutely hated it.

They also released a soundtrack for the film, Tron: Legacy, but in 2021 it was announced through a video, that Daft Punk would be breaking up. This was no surprise, as the band had started to struggle musically near the end.

After the breakup, Bangalter performed solo in 2021 at the Mythologies, a French ballet, and recently, Bangalter contributed to the movie En Corps, which featured Hofesh Schechter and was directed by Cedric Klapisch.

The band kept their earnings under wraps, but we can estimate how much Bangalter earned based on album sales and their live performances.

Now that Daft Punk is no longer together, it will be interesting to see what Bangalter gets up to.

He has the talent and skill to collaborate with top names in the music industry, so it remains to be seen whom he chooses to team up with in the future.

As their music is still popular, the royalties will continue to flow, earning the members of Daft Punk a huge amount of money for the foreseeable future.

Here’s a breakdown of Thomas Bangalter’s annual net worth:

With the success of Daft Punk behind him, Bangalter is certainly able to attract other artists with whom he can collaborate on new projects.

After the success of his previous ventures, Bangalter is sure to find another rich source of inspiration with which to boost his already impressive new worth.

Both members of Daft Punk have decided to keep their personal lives private and their families away from the prying eyes of the media.

What is known is that Bangalter is married to a French actress named Elodie Bouchez. The couple had two sons named Roxan and Tara-Jay.

The family lives in Paris with Thomas commuting to Los Angeles to work on his filmmaking interests. You can follow him on his official Twitter account to see what projects he’s working on next.

Daft Punk has been incredibly popular and Thomas’ incredible musical talent played a huge part in their success.

Album sales have been impressive and the music industry has showered them with accolades and awards.

Here are some of the more memorable moments from Thomas Bangalter’s career:

There is much anticipation amongst Daft Punk fans as news of further collaborations between Bangalter and various artists do the rounds.

How Does Thomas Bangalter Spend His Money?

There is not much known about Bangalter’s spending habits and charitable work.

He has invested a lot of time and money in his record label, but except for that, he prefers to remain private about his personal life.

Daft Punk famously used a black, 1987 Ferrari 412, in the film Electroma and Bangalter has been seen in some of the  most expensive cars in the world alongside Guy-Manuel, who certainly has a Ferrari in his garage.

With his history of creating exciting new sounds, Bangalter was never satisfied with the final product, always trying to improve the sound.

Here are some of the best highlights of Thomas Bangalter’s career:

With Bangalter spending time in Los Angeles working on film scores, he is certain to produce some interesting new projects in the years ahead.

Bangalter has always had the urge to push the envelope and develop new sounds and new music.

This can result in either a worldwide hit or a total flop, and he’s never sure which it will be until the music is released.

Here are our favorite quotes from Thomas Bangalter:

Thomas Bangalter is a risk taker and his record shows that he’s not afraid to try something new in the music world.

It is more important to him to be leading the pack, rather than falling in line and into obscurity.

Sometimes it’s good to take risks. Thomas is an example of this, as he juggled his solo and duo careers and still managed to hit the jackpot with his music.

2. Be A Leader, Not A Follower

Thomas Bangalter was the face of Daft Punk as he led the group to fame alongside his friend. So it is no wonder that he became the more successful of the two, as he was the one who was prepared to risk it all for fame.

3. Always Aim For Your Best

No matter the victory, Bangalter always aimed for more and continues to do so to this day.

Thomas Bangalter’s work has influenced various artists and genres worldwide. Even after the end of Daft Punk, the duo is still remembered for making a remarkable impact on the music industry.

He succeeded as a solo performer and as a band member throughout his career and his impact on the music industry was so extreme that it was described as the revival of house music which kickstarted a whole host of new talent.

As of January 2023, Thomas Bangalter’s net worth is estimated to be $90 Million.

What do you think about Thomas Bangalter’s net worth? Leave a comment below.