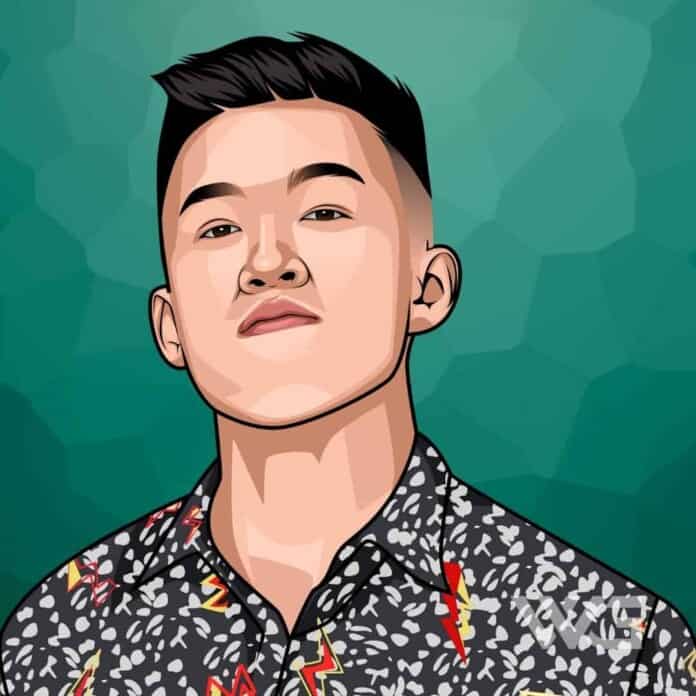 What is Rich Brian’s net worth?

Rich Brian is an Indonesian rapper, singer, songwriter, and record producer from Indonesia. Brian is best known for his viral debut single ‘Dat $tick’, which was first released in March 2016 on SoundCloud.

Brian Imanuel was born on the 3rd of September, 1999, in Jakarta, Indonesia. His father was a lawyer. They also ran a family restaurant. His parents have their roots in China.

Brian spent most of his time in front of a computer or a TV. He was mostly homeschooled and never received any formal education.

In July 2015, Brian adopted his screen name, “Rich Chigga,” and started uploading music videos of his rap songs on the internet.

His debut ‘YouTube’ track was ‘Living the Dream.’ He was one of the few Indonesian rappers who could write raps in flawless English.

His biggest career breakthrough arrived in February 2016, when he uploaded his single ‘Dat $tick’ on ‘YouTube.’ The single was a slow success, but it eventually picked up the pace. The song crossed the national borders and reached the US.

By mid-2017, he had become a celebrity in the US, too. Several American record companies approached him. His popularity reached new heights when he embarked on a month-long tour across the US in April 2017.

In May, he released another single, ‘Gospel,’ which featured American rappers XXXTentacion and Keith Ape.

The same year, Brian released the single ‘Glow Like Dat’ on ‘88Rising’s channel. In the same month, he announced that he would be embarking on an American tour for the following two months.

Here are some of the best highlights of Rich Brian’s career:

“It took me a while to figure out the U.S. sense of humor, a lot of trial and error. I would write down jokes to casually tell my American friend over Skype to see which ones he’d laugh at.” – Rich Brian

“When I say ‘homeschooled,’ I was homeschooled for, like, two years, and then we just stopped. It was me and my parents, and they’d give me homework and stuff like that, but then one day, they just stopped.” – Rich Brian

“I was, like, 12 or 13; the first hip hop song I tried to rap to was Macklemore‘s ‘Thrift Shop,’ and my English was so bad, but learning to rap to different songs really helped me with my pronunciation, and looking at the lyrics on Rap Genius and stuff like that. “ – Rich Brian

“At, like, 11, I think, that was just me watching a lot of YouTube videos, and whenever I had the chance, I would talk to myself, practice pronunciation. Then I found out about hip hop and became friends with American people through Twitter. I was like, ‘Yo, I need to be in a country where everybody speaks the same language.” – Rich Brian

“My main goal was to be a cinematographer. I was making short films, and the plan was to keep uploading them on Twitter and build a fanbase there. One day, I just started making music for fun. When I made ‘Dat $tick,’ it blew up, and I saw the potential in that.” – Rich Brian

Now that you know all about Rich Brian’s net worth, and how he achieved success; let’s take a look at some of the lessons we can learn from him:

Success is the fragrance of sweat and blood.

Life is not a circle. It is a straight line with ups and downs and stops with a period in the end.

How much is Rich Brian worth?

Rich Brian’s net worth is estimated to be $1 Million.

How old is Rich Brian?

How tall is Rich Brian?

Rich Brian rose to fame in 2016, following the release of his debut single, ‘Dat $tick.’ The song was later certified “gold” by the ‘Recording Industry Association of America’.

He is one of the very few Indonesian musicians to achieve considerable success in the American mainstream music industry.

As of November 2022, Rich Brian’s net worth is estimated to be $1 Million.

What do you think about Rich Brian’s net worth? Leave a comment below.