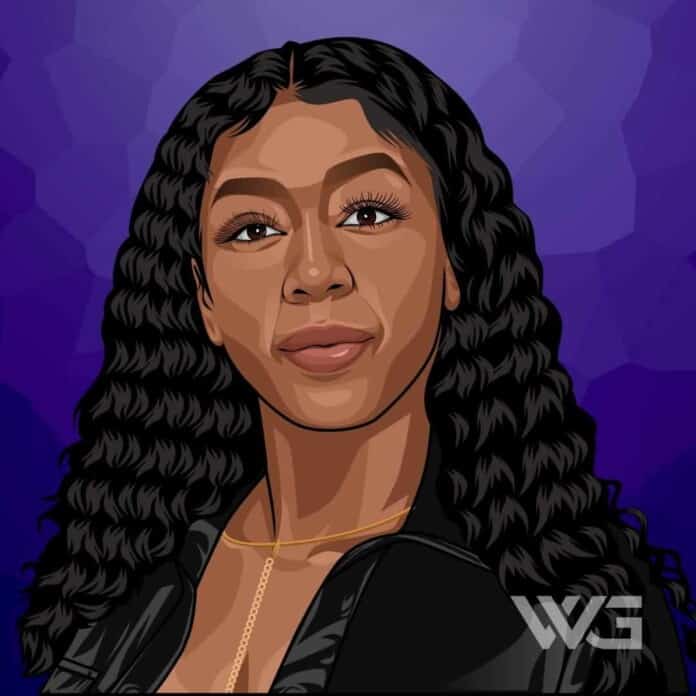 What is Kash Doll’s net worth?

As of December 2022, Kash Doll’s net worth is estimated to be roughly $2 Million.

Kash Doll is an American rapper signed to Republic Records. Doll is best known for her singles “For Everybody” and “Ice Me Out”, the latter of which became the lead single from her debut album Stacked.

Arkeisha Antoinette Knight was born on the 14th of March, 1992, in Detroit, Michigan. The oldest of six siblings, she began working at a young age to help her single mother support their family.

She attended Henry Ford College for business management but left after a year at the age of 19 in 2005. To support the financial needs of her family, Kash began work as a dancer in the adult entertainment industry.

Kash Doll started off her career in 2014 by releasing a remix version of Tinashe’s ‘2 On’. Soon enough, she was given a spot on Detroit’s Hot 107.5 countdown and landed several show bookings.

Her first single, the cover of AV’s ‘Run Me My Money’, received good reviews. Encouraged, she put out her first mixtape, ‘K.R.E.A.M. Kash Rules Everything Around Me’ in 2015.

That year, she signed a record deal with BMB Records and through them, released ‘Keisha Vs. Kash Doll’ mixtape, which also featured artists such as Zaytoven, Trina, Lyrica Anderson and B.O.B.

In 2016, Kash Doll released her third mixtape, ‘Trapped in The Dollhouse’. That year, she also put out her first extended play, ‘Kashin’ Out’ through RMMR record label.

Kash Doll released her mixtape, ‘Brat Mail’, in March 2018. She subsequently stated that it was a gift for her fans after she was released from a contract that did not let her make original music.

Here are some of the best highlights of Kash Doll’s career:

“It’s like timeless music. You got some party bops, something to make you feel like you ready to go pick up a bag or get motivated. You got to have music for all different moods. Sometimes you want to be in love or you want to say, “fuck n*****,” then you want to feel cute or you might want to talk sh*t to these b*tches. I got all that type of music in one.” – Kash Doll

“I feel like I’m celebrating every day. Just coming from where I come from and being where I’m at, it’s a celebration. The last thing I celebrated was my nomination for the BET Awards.” – Kash Doll

“Because I work so hard. Even with my team, when I first met my management, I told them, “I want to be nominated. I want to be winning awards and sh*t.” To actually get through being stuck in a contract, getting out of that, putting out music, putting out videos, doing Rolling Loud, going on Beyoncé’s stage, going on stage with Drake, Remy Ma bringing me out and going on tour with Meek Mill.” – Kash Doll

Now that you know all about Kash Doll’s net worth, and how she achieved success; let’s take a look at some of the best lessons we can learn from her:

1. Life Is Not A Station

Life is a progression and not a station.

3. Turn the Page Or Close the Book

There comes a time when you have to choose between turning the page and closing the book.

How much is Kash Doll worth?

Kash Doll’s net worth is estimated to be $2 Million.

How old is Kash Doll?

How tall is Kash Doll?

Kash Doll is an American rapper and actress who had a rough childhood. She lost her father quite early in her life and was raised by her mother and stepfather.

By 2014, she had already started booking gigs in the Detroit area. Today has worked with some of the finest artists in the industry.

As of December 2022, Kash Doll’s net worth is approximately $2 Million.

What do you think about Kash Doll’s net worth? Leave a comment below.