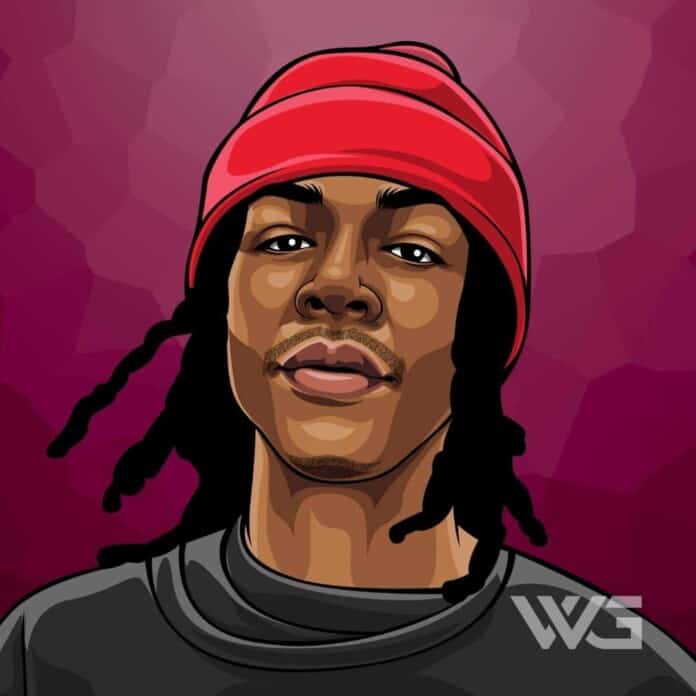 What is Joey Badass’ net worth?

As of December 2022, Joey Badass’ net worth is estimated to be roughly $6 Million.

He is a founding member of the hip-hop collective Pro Era. His music mostly focuses on insightful street tales and socio-political issues in his rhymes.

Jo-Vaughn Virginie Scott was born on the 20th of January, 1995, in Brooklyn, New York City. His mother is from St- Lucia and his father is a native of Jamaica. Joey became the first member of his family to be born in the United States.

Joey developed an interest in literature and English language when he was a kid. He took part in several schools plays just to get noticed as an actor and he also did a major role in one of the plays.

Joey began his musical career by working with Capital Steez, the founder of ‘Pro Era’. In 2012, he made his debut as an independent artist by coming up with the mixtape, ‘1999’. The mixtape became a huge hit and was soon featured in the list of ‘Top 40 Albums of the Year’.

In 2013, his career scaled greater heights when he dropped his second mixtape, ‘Summer Knights’. The album was first intended to be released as an extended play. Joey did release the EP version on October 29, 2013.

The EP was at the 48th position on the ‘Top R&B/Hip-Hop Albums chart of US Billboard’. Joey secured his first nomination in 2013 under the category, ‘Best New Artist’ at BET Awards.

His dream was also to become an actor. In 2014, he was cast in a short film titled ‘No Regrets’.

On January 20, 2017, he released the second single ‘Land of the Free’ from the album and finally on April 7, 2017, the album hit the shelves. A month later, Joey’s representatives announced the concert tour, ‘Everybody’s Tour’. During the tour, he was accompanied by rap and Hip-hop artists like Logic and Big Lenbo.

Here are some of the best highlights of Joey Badass’ career:

“You’re only as strong as your weakest link so you’ve got to make sure everybody in your crew is on point.” – Joey Badass

“I was never blinded by the American dream. I have my own dreams. Do you know what I’m saying? The Joey dream.” – Joey Badass

“Once you dive into the African-American struggle or whatever you want to call it and you look past that, you realize that it’s not a black people problem, it’s a human problem. We all can’t be at peace until we are all at peace. If there’s a piece of us suffering, then we are all suffering. That’s what it’s about. That’s the macro level.” – Joey Badass

“On tour, things go wrong all the time, I mean that’s live music, that’s what it’s all about. I think one of the things I’m learning is that when stuff goes wrong, really brilliant musicians have the ability to turn this into something interesting and unique. I think good people in any sphere of anything know how to deal with problems, how to take it in your stride. We are learning this by touring, by being put in these positions when we need to focus and deal with it.” – Joey Badass

“We’re very far from harmony. The only thing that’s going to bring world harmony has to be from the outside. It has to be external. It has to be us versus an external thing.” – Joey Badass

Now that you know all about Joey Badass’ net worth, and how he achieved success; let’s take a look at some of the most powerful lessons we can learn from Joey Badass:

1. What Got You Here Won’t Get You There

2. Done is Better Than Perfect

Perfectionism kills any chance of success. Because when you aim for perfection, you’ll never be DONE. You’ll never publish that blog post.

Fear of failure is one of the biggest obstacles that’s holding people back. When you’re so afraid to fail before you try you never start.

How much is Joey Badass worth?

Joey Badass’ net worth is estimated to be $6 Million.

How old is Joey Badass?

How tall is Joey Badass?

Joey Badass is one of the founders of the hip-hop collective, Pro Era. He made a name for himself when he released his mixtape ‘1999’.

He loves experimenting with his lyrics which in turn helps him to come up with unique compositions. Joey always wanted to become an actor and he did exactly that by bagging a prominent role in the TV series ‘Mr. Robot’.

What do you think about Joey Badass’ net worth? Leave a comment below.