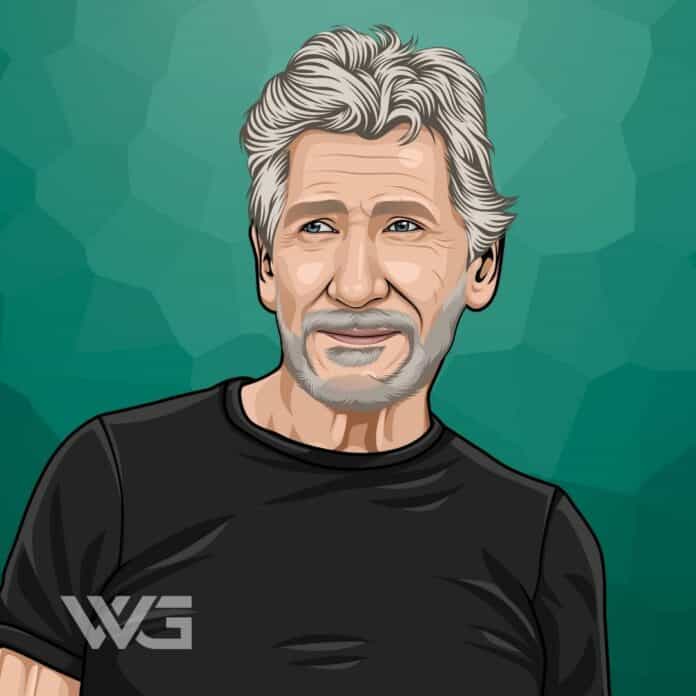 What is Roger Waters’ net worth?

Roger Waters is an English musician, singer-songwriter, and composer best known as the bassist and former co-founder of the progressive rock band Pink Floyd.

One of the band’s driving forces, he’s worked with several other bands and artists over the years and is a vocal advocate for various political causes.

George Roger Waters was born September 6, 1943, in Great Brookham, Surrey, and was raised by his mother following his father’s death in World War II.

A keen sports enthusiast as a teenager, Waters initially wanted to become an architect, enrolling in Regent Street Polytechnic.

During this time, he met up with Rick Wright and Nick Mason, and by 1963 they were playing music as part of an informal, unnamed band.

After Syd Barrett and Bob Klose joined the band, Waters switched to bass guitar and in 1966, they adopted the name Pink Floyd.

Following Barrett’s departure from the band and the arrival of David Gilmour in 1968, Waters took the lead in the creative process, helping the band compose some of the most iconic songs.

Their biggest hit came in 1973, with Dark Side of the Moon selling over 40 million copies worldwide and making them household names.

This fame was enhanced with the release of the album The Wall in 1979, followed by the movie adaptation starring Bob Geldof in the lead role.

Despite creative differences with David Gilmour, Pink Floyd continued to release music in the early 1980s, with Waters eventually tackling his solo career in 1985.

Roger Waters’ solo album, The Pros and Cons of Hitch Hiking, received mixed reviews, but his US tour as a solo artist proved to be a huge success.

Pink Floyd reunited in 2005 to play a set in London’s Hyde Park, with additional tours from Waters as a solo artist over the ensuing years.

Roger Waters has enjoyed a consistently successful and lucrative career, with millions of copies of his singles and albums sold worldwide.

His successful solo career has also helped him become one of the richest singers in the world, with an impressive wealth and assets.

Since Roger Waters continues to tour and write new music in addition to his ongoing Pink Floyd royalties, we can expect his income to remain consistently high.

Roger Waters’ early success with Pink Floyd saw his net worth skyrocketing during the 1970s, with several hit singles and albums making millions of dollars.

By the 1980s, Waters was one of the richest rockstars in the world, with his solo career seeing him perform at sell-out arenas around the globe.

With his career showing no signs of slowing down, and new material being released, his net worth could see additional growth in the future.

Roger Waters married his first wife, Judith Trim, in 1969, featured on the gatefold sleeve of Ummagumma, before the couple divorced in 1975.

In 1976, Waters remarried Lady Carolyne Christie, with who he has a son, Harry Waters, who plays keyboards on his father’s tours.

Through his official Instagram account, Waters informs his millions of fans about his upcoming live events and other notable activities.

Over the course of his career, Roger Waters has earned considerable praise from music industry critics and rock music fans for his work with Pink Floyd.

This includes recognition from some of the most reputable awards bodies in the world, who have honored Waters both as an individual and for his work with the band.

Here are some of the outstanding awards and honors from Roger Waters’ career:

Waters remains heavily involved in music composition and performance to this day, making it highly likely he’ll pick up more awards and accolades for his future work.

How Does Roger Waters Spend His Money?

With his vast resources and annual income, Roger Waters has a large property portfolio with residences around the world.

Known as Bond’s Bay, Waters purchased the island along with Shakira, with many celebrities expressing their interest in developing their own property on the land.

Owning some of the most expensive houses in the world, his real estate includes an island in the Bahamas and a New York apartment in the style of a Louis XVI palace.

With a career beginning in the 1960s and continuing to the present day, Roger Waters has experienced countless high points and notable moments.

With Pink Floyd, he helped to redefine the possibilities of stadium shows, pushing the boundaries of what could be achieved with concept albums.

Here are some of the best highlights of Roger Waters’ career:

Waters’ musical style and contributions to the craft remain ongoing with his active lifestyle, so expect more notable highlights in the coming years.

An outspoken activist as well as a gifted musician and writer, Roger Waters isn’t shy of sharing his thoughts when being interviewed.

Known for his public support for the Palestinians and other geopolitical topics, he’s also keen to share his insights into the workings of his creative process.

Here are our favorite quotes from Roger Waters:

Now that you know all about Roger Waters’ net worth, we’ll look at some of the insights and valuable lessons we can take from his eventful life and career.

Here are some of the best success lessons to learn from Roger Waters:

1. Have The Courage To Stand By Your Convictions

Known for his outspoken political views and acting as a champion for impoverished people, Roger Waters isn’t afraid to speak his mind.

If you have a strong opinion on a topic, don’t be afraid to voice it and stand by your views when challenged.

2. Take The Time To Help Those Who Are Suffering

In 2004, Waters helped to raise money for the survivors of the Indian Ocean earthquake, which devastated the continent and led to many deaths.

No matter how successful you are, take the time to consider those who are worse off and do what you can to help.

3. Try To Master As Many Skills As Possible

Waters isn’t just an excellent lead vocalist; he’s a gifted guitarist, composer, and lyricist, proving that to be truly successful you need to develop skills in multiple domains.

There you have it, our complete guide to the life experiences and musical career that helped Roger Waters earn his fame and fortune.

As Waters continues to tour and release new music, we expect his net worth is going to change over time.

We’ll update this article to reflect these changes, including new music releases and tours that might have increased Roger Waters’ net worth.

What do you think about Roger Waters’ net worth? Leave a comment below.