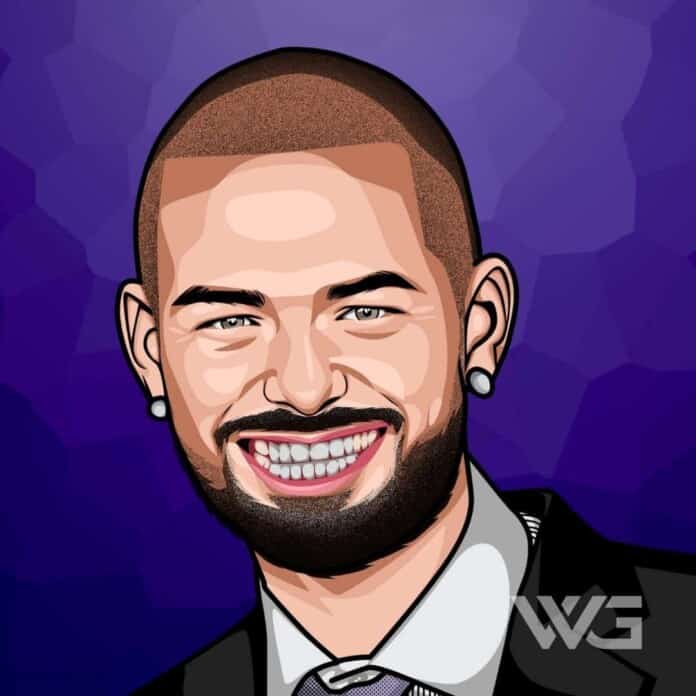 What is Paul Wall’s net worth?

Paul Michael Slayton “Paul Wall” is an American rapper from Houston, Texas. Wall has collaborated with some of the best stars and released several albums under SwishaHouse Records throughout his career as a rapper.

He signed to Atlantic Records in 2005 and became successful with his major label debut ‘The People’s Champ. Get Money, Stay True’.

Wall won the Ozone Awards for his work ‘Paul Wall’ for Taste Maker in 2006 and he was nominated for Best Rap Performance in his work ‘Grillz’ in 2007.

Paul Michael Wall was born in Houston, Texas on the 11th of March, 1981. Wall was born to American parents and was raised in his birthplace; Georgetown, Texas.

He found music interesting at a very young age. Wall attended Jersey Village High School in Texas where he also got introduced to rapping by his friend Mike Jones.

Throughout his years in school Wall pursued his rapping career and dropped out from his University. After he dropped out, he initially worked for Michael ‘5000’ Watt’s company. After a short collaboration with Watt he released his debut mixtape.

After he dropped out of school he chose to have a career in music. Wall started to collaborate with Chamillionaire where he approached the founder of the Houston-based company Swishahouse.

Michael Watts allowed Wall to rap on his radio show and he later put Wall’s songs in one of Swishahouse’s mixtapes.

Watts later helped Wall and Chamillionaire to release ‘Choppin Em Up Part 2’ in 1999 which became very popular on the streets. The debut mixtape was a big success and later helped Wall to regularly appear on Houston mixtapes; he also was included in many of Watt’s projects.

Wall formed a rap group called ‘The Color Changin’; they started to work together on several mixtapes and records including ‘Get Ya Mind Correct’ which earned a lot of attention from the streets.

After Wall formed the group he decided to proceed with his rapping career as a solo artist.

In 2004 Wall released his first solo album ‘Chick Magnet’ and he joined forces with likes of Mike Jones, Slim Thug, and Bun B. Wall never claimed his fame until his set ‘The Peoples Champ’ was released in 2005 and topped the spot on Billboard Hot 200.

In 2006 he returned with another album entitled ‘Get Money, Stay True’, it peaked No.8 on Billboard Hot 200.

Paul Wall dropped his fourth studio album in 2009. He quoted:

“I’ve grown and matured a lot. I became a man and an adult,” he says when referring to how he evolves since making “Get Money, Stay True”. “You’re going to hear in-depth topics. You’ll hear some stuff that you might not be used to hearing.”

Here are some of the best highlights of Paul Wall’s career:

“No matter who you are, you always want more recognition, but I’m grateful for what I do have, and I feel like I’ve earned it… So I’m going to continue to put in that hard work, and build relationships with people, and continue to grow as an artist… So hopefully from that, I’ll be able to get more recognition.” – Paul Wall

“I always wanted a grill, but I couldn’t afford one. So I hooked up with the guy who made them. I brought him so much clientele that he had me open my own store and we ended up going into a partnership together.” – Paul Wall

“I’ve been working in the studio with T Farris, who A&Red my first album and also Mike Jones’ album. We’re pumping out a lot of hits with Houston producers.” – Paul Wall

“If you choose the right people for the group, it goes a little bit differently. At the same time, you can’t always predict what’s going to happen. Success might change people. I love music so much, and as long as I got all this enthusiasm and ambition, and passion for this music; as long as I’m having’ fun – I’m gonna keep doin’ it.” – Paul Wall

“People’s feelings get hurt when they figure out what I’m worth. All through the hood, I’m grippin’ wood and blowin’ pine.” – Paul Wall

How much is Paul Wall worth?

Paul Wall’s net worth is estimated to be $2.5 Million.

How old is Paul Wall?

How tall is Paul Wall?

Paul Wall is a very well known rapper that has built an incredible net worth throughout his career. He is currently a member of Expensive Taste which is a rap group that consists of rappers Travis Barker and Skinhead Rob.

What do you think about Paul Wall’s net worth? Leave a comment below.