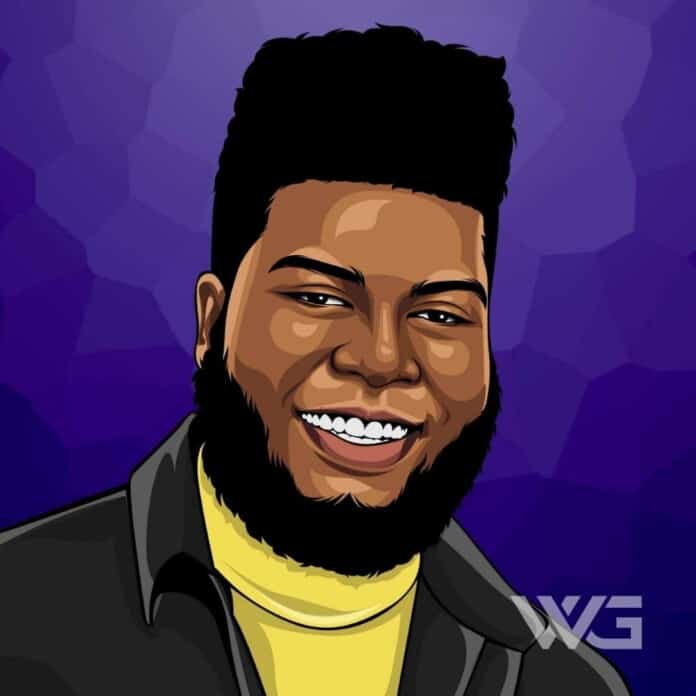 What is Khalid’s net worth?

Khalid Donnel Robinson is an American singer and songwriter from Georgia.

Robinson is best known for his debut single ‘Location’ which peaked at number 16 on the US Billboard Hot 100 Chart and was later certified quadruple platinum by the Recording Industry Association of America.

His debut studio album, American Teen, was released on March 3, 2017.

Khalid Donnel Robinson was born on the 11th of February, in Fort Stewart, Georgia. Robinson was raised by his single mother Linda who worked in the military.

Due to her job, they had to move frequently when he was young and lived in places like Fort Campbell in Kentucky.

His parents divorced when he was very young and his father was later killed after being hit by a car. His mother, Linda, was later retired from the military at Fort Bliss in El Paso.

Khalid began his musical career by uploading some of his songs on the internet. He managed to contact producer Syk Sense and secured an invitation to work with him.

He first worked on the song in Atlanta and then back in El Paso, and released ‘Location’, which will eventually become breakthrough single and earned him multiple platinum certifications from RIAA.

The track finished at number 20 on the Billboard’s Mainstream R&B/Hip-Hop Airplay. In 2016 he collaborated with Brooklyn-based duo Brasstracks on the track ‘Whirlwind’ from Yours Truly and Adidas Originals Songs from Scratch series, which was played over 700,000 times on SoundCloud.

In 2017, Khalid went on his debut tour, the Location Tour. He sold out all the venues of the 25 tour dates. Khalid released his debut studio album ‘American Teen’ on March 3, 2017. Supported by singles like ‘Location’ and ‘Young Dumb & Broke’, the album debuted at No. 9 on the ‘Billboard 200’.

He made his debut television appearance on ‘The Tonight Show Starring Jimmy Fallon‘ in 2017.

His single, ‘Love Lies’, which he recorded with Normani Kordei of Fifth Harmony for the soundtrack of the upcoming drama film ‘Love, Simon’, is scheduled to release on March 16, 2018.

Here are some of the best highlights of Khalid’s career:

“Falling in love in high school and falling out of love – it’s very digital. I’ve had breakups where they’ve called me to tell me we were done, and I’ve gotten a lot of text messages from an old girlfriend letting me know how she felt about me after we had ended everything.” – Khalid

“We forget that when you grow up, there are a lot of people who are in the same position as you. The reason we forget is that there’s not really a true voice that talks from the perspective of youth.” – Khalid

“I gotta spread all this love that I have for myself, I gotta spread it to everybody else, because my positivity is going to change at least one person’s day a day, and that’s all that matters to me.” – Khalid

“My mind was so geared towards being a performing artist, singing all these classical pieces, but the sense of loneliness I got when I moved from New York to El Paso meant that writing turned into singing. I’d sing all these songs, and they’d make me feel better. Songs that crafted the way my life was going to go.” – Khalid

3 Lessons from Khalid About Life

Now that you know all about Khalid’s net worth, and how he achieved success; let’s take a look at some of the best lessons we can learn from him:

You can dream and plan, but always be ready for something to throw you a bit off course because this is life. We can’t write our life like a book and expect it to totally flow the way we wrote it.

By remaining flexible, not only is there less stress in your life, but you will more fully enjoy your life. *The tree that bends in the storm doesn’t break.

3. Marry Someone Who Adds Happiness to Your Life

Marriage is meant to be a bond filled with love and success. If you’re making each other miserable, it defeats the whole purpose of marriage!

How much is Khalid worth?

Khalid’s net worth is estimated to be $10 Million.

How old is Khalid?

How tall is Khalid?

Khalid is an American singer and songwriter who rose to fame with his first single ‘Location’. His debut studio album was very successful and reached number 4 on the US Billboard 200 albums chart.

Khalid’s music has been influenced by artists such as Kendrick Lamar, Frank Ocean, and Lorde.

What do you think about Khalid’s net worth? Leave a comment below.