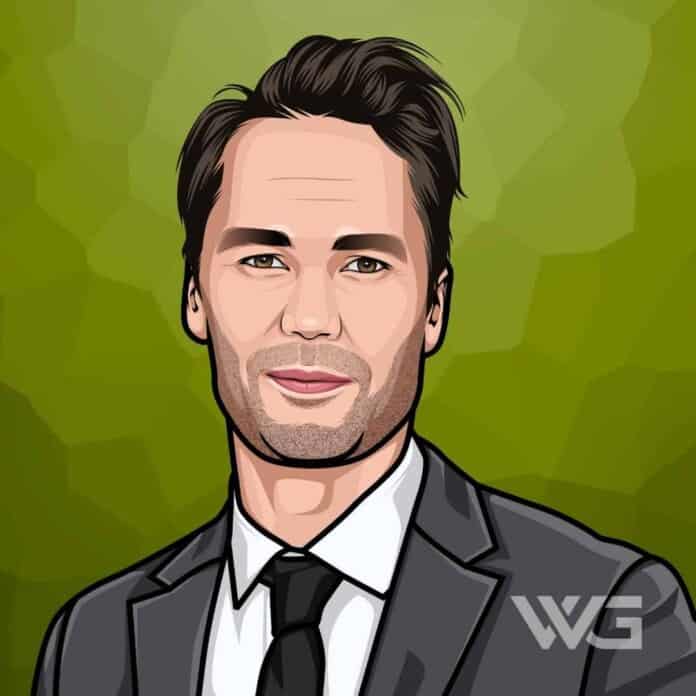 What is Taylor Kitsch’s net worth?

He has worked in films including ‘X-Men Origins: Wolverine,’ ‘Battleship,’ ‘John Carter,’ ‘Savages’ and ‘Lone Survivor.’ He has also starred in the HBO series ‘True Detective.’

Taylor Kitsch was born on the 8th of May, 1981, in Kelowna, British Columbia. Kitsch’s mother worked for the BC Liquor Board while his father worked in construction. His parents separated when he was 9 years old.

Kitsch lived in Port Moody and Anmore, and he attended Gleneagle Secondary School. He started playing ice hockey when he was 3 years old. Following a knee injury, he took nutrition and economics courses at the University of Lethbridge.

After moving to New York to pursue his modeling career, he studied acting. He was homeless in New York and often slept on subways and trains in the middle of the night. In 2004, he relocated to Los Angeles, where he modeled for different brands.

In 2006, Kitsch rose to fame by being cast on the NBC sports teen drama series ‘Friday Night Lights.’ For five seasons, he portrayed the role of Tim Riggins. The series had its premiere in 2006 and had over 7.7 million viewers.

He went on to play Gambit in the ‘X-Men’ franchise. In 2012, Kitsch starred in ‘Battleship.’ The same year, he starred in Oliver Stone’s ‘Savages’ alongside Blake Lively and Selma Hayek.

The following year, he starred in ‘The Grand Seduction,’ directed by Don McKellar. He plays alongside Julia Roberts, Jim Parsons, and Mark Ruffalo in ‘The Normal Heart,’ which aired on HBO in 2014. He also starred in the sophomore season of ‘True Detective,’ opposite Vince Vaughn, Rachel McAdams, and Colin Farrell.

In 2017, Kitsch starred in ‘American Assassin’ and ‘Only the Brave’. The following year, he starred as the cult leader David Koresh in the miniseries ‘Waco’. Alongside Chadwick Boseman, he starred in ’21 Bridges’ in 2019.

How Does Taylor Kitsch Spend His Money?

Taylor Kitsch is a successful actor and model who spends his money on charity, cars, and real estate.

Kitsch owns a residence outside of Austin, Texas, that spans 1,196 square feet and features 17-foot ceilings.

Kitsch likes to collect lavish cars, and one of his notable purchases is his first car, a 1991 Pontiac Firefly.

Kitsch loves to give back to his community by helping out different charity organizations. Some of the organizations he has helped include the African Children Choir.

Here are some of the best highlights of Taylor Kitsch’s career:

“When I’m not acting, I try to be normal, play golf, play hockey. It’s funny because you’re in this little bubble when you’re working – you don’t read books, you don’t really keep up with the news, you’re just living that life.” – Taylor Kitsch

“Put paying your dues, and all that puts so much into being a success. You have an understanding of what it’s about, being on your own for three or four years and living day to day on $3, or living in an apartment with no electricity.” – Taylor Kitsch

“I think so much of it is that it actually happened, that these guys are still out there doing it. When you meet guys who were buds with Murph, guys that fought right next to him, you really do see how much it means to them that the film’s done right. You have that opportunity to be like.” – Taylor Kitsch

“I played pretty darn competitive-level hockey. Then the good old knee injury. Obviously, it’s a blessing in disguise, but growing up Canadian, that’s our religion, that’s our football.” – Taylor Kitsch

Now that you know all about Taylor Kitsch’s net worth and how he achieved success; let’s take a look at some of the lessons we can learn from him:

You never walk out of the gym and say, ‘I shouldn’t have gone.’

People hate cardio. Kitsch also hates cardio. But pick the five top songs that you love. Do your cardio during these songs, and you’re done.

Take risks, be scared because you’re going to grow through that whether you want to or not.

How much is Taylor Kitsch worth?

Taylor Kitsch’s net worth is estimated to be $10 Million.

How old is Taylor Kitsch?

How tall is Taylor Kitsch?

Taylor Kitsch is a Canadian actor and model best known for playing a central role in the series ‘Friday Night Lights.’

What do you think about Taylor Kitsch’s net worth? Leave a comment below.