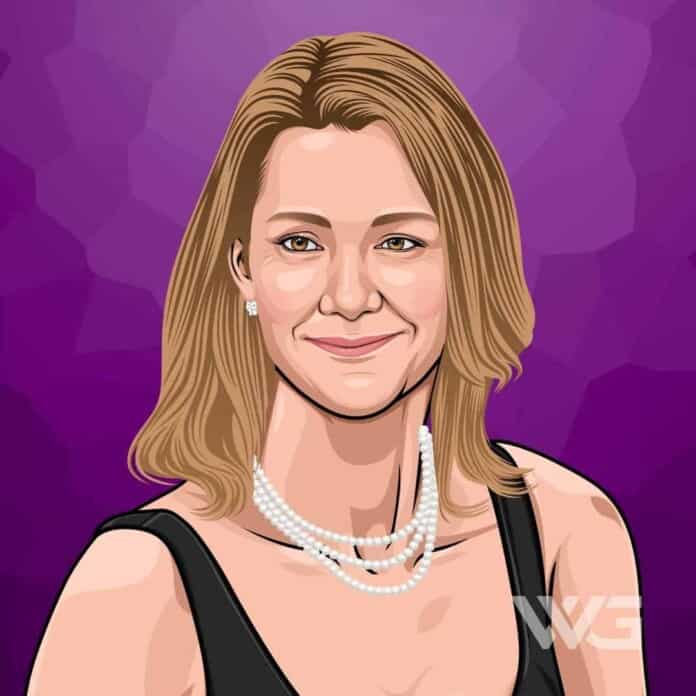 What is Nancy Walls’ net worth?

Nancy Walls is best known for her work on Saturday Night Live and The Office, but she has also gained notoriety for many other comedy projects.

While she may not be one of Hollywood’s wealthiest actresses, Walls has made more than enough money to live luxuriously.

Nancy Ellen Walls was born in 1966 in Cohasset, Massachusetts, and she grew up in the state, eventually attending Boston College in 1988, where she was first introduced to acting and comedy.

While at Boston College, Walls performed in an improv troupe called “My Mother’s Fleabag,” which gave her a solid acting foundation for when she moved to Chicago to join The Second City.

It was at Second City that she met her future husband, Steve Carell, who was a main performer with the troupe at the time.

Nancy Walls, like many Second City alumni, went on to join the cast of Saturday Night Live, where she quickly became a fan favorite in numerous hilarious skits.

Walls remained with SNL from 1995 to 1996, when she left to join The Daily Show with Jon Stewart as a correspondent.

After leaving The Daily Show, Walls has a reoccurring role on The Office as a real estate agent and ex-girlfriend of her husband’s character, Michael Scott.

In 2009, Walls provided her voice to the character Helen Goode in The Goode Family, which premiered on ABC in 2009.

Walls has also appeared in some of the funniest movies of all time, including The 40-Year-Old-Virgin and Bridesmaids.

Nancy and Steve Carell created their own comedy series in 2016, called Angie Tribeca, which starred Rashida Jones as the title character.

The show premiered in 2016 and ran until 2019, after receiving high praise from critics and fans alike.

Nancy Walls’ total career earnings aren’t well-known, and her overall net worth is a combination of hers and her husband’s fortunes.

While we don’t have details on exactly how much Nancy Walls earns per year, we do know that she bought a $6 million home in LA’s Toluca Lake suburb, only to tear it down and build a new 6,000 sqft mansion at the cost of $5.1 million.

It’s safe to say that this Hollywood couple makes more than enough every year to support a very luxurious lifestyle, even if they are tight-lipped about it.

Nancy Walls married actor and comedian Steve Carell in 1995, and the couple has two children, Elisabeth and John.

Steve and Nancy have talked in the past about how they’ve made their marriage work for over two decades, though they usually aren’t very public about their relationship.

Although she previously lived in L.A., Walls has since moved back to her native Massachusetts, where she and her husband operate the Marshfield Hills General Store.

Despite her big personality on screen, Nancy Walls doesn’t have an official Instagram where she shows off to fans, instead preferring the peace that time out of the public eye can bring.

As a comedian, Nancy Walls has achieved a lot over the course of her impressive career.

Here are some highlights from Nancy Walls’ career:

How Does Nancy Walls Spend Her Money?

Nancy Walls and her husband, Steve Carell, have more than enough money to live comfortably, and while we don’t know everything about how this actress spends her money, we do have some information that gives us a glimpse into their lives.

Although Nancy and Steve live in Massachusetts now, previously, the Hollywood couple owned a 16,853 sqft home in one of the most expensive cities in the world, Los Angeles.

This mansion was bought in 2010 for $6 million and torn down so a new home could be built on the site.

The huge basement also came with a home theater and an additional recreation room, both of which span 5,028 sqft.

Their Massachusetts home, which they bought in Marshfield Hills in 2005, has since become their permanent home, but details about it are kept under wraps.

Nancy Walls has reached a lot of milestones throughout her career that has enabled her to become successful.

Here are some of the best highlights of Nancy Walls’ career:

Nancy Walls’ popularity exploded during her time on Saturday Night Live, where she performed numerous skits with many memorable lines.

Here are our favorite quotes from Nancy Walls:

Now that you know all about Nancy Walls’s net worth, we can look at the lessons we can learn from her successful career.

Here are some of the best success lessons to learn from Nancy Walls:

1. Laughter Is The Best Medicine

Nancy Walls has made a career making people laugh, and sometimes it really is the best medicine when you’re feeling overwhelmed.

If you ever feel yourself getting burned out while chasing your goals, throw on one of the best comedy shows on Netflix right now and let yourself recharge so that you continue your grind and give 100%.

No matter how you’re chasing your dreams, it’s important to remember not to neglect your passions, even if they may not be directly related to your work.

Whether you’re pursuing something as a hobby or a side hustle, taking on passion projects is a great way to do something you love while being productive.

3. Bring Your Ideas To Life

While not all of us will create a successful TV series, that doesn’t mean we can’t bring our ideas to life in other ways.

If you have an idea to improve your workplace or an idea for a new project, make sure to speak up.

Putting your ideas out there is one of the best ways to help yourself stand out!

Nancy Walls is one of the most successful comedians in the business, and she’s made a lot of money doing what she loves.

Fortunately, she has shown no signs of retiring anytime soon, so be sure to check back often as her net worth continues growing.

What do you think about Nancy Walls’ net worth? Leave a comment below.

What is Mark Zuckerberg's net worth? As of ,...