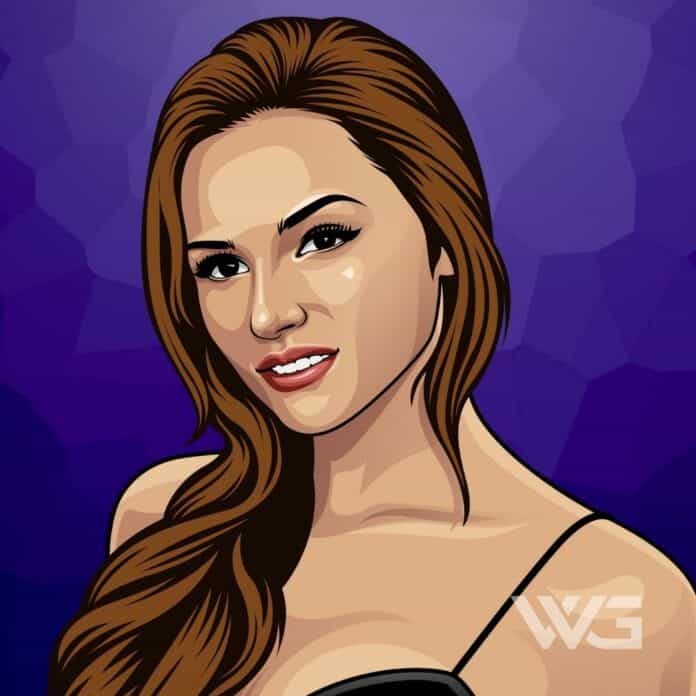 What is Tori Black’s net worth?

Tori Black, born Michelle Shellie Chapman, is an American adult film actress from Seattle. She is one of the most trendy and popular adult actresses at this point.

She started her career at the age of 18. Instead of getting a job that her parents wanted she applied for an adult talent agency that finally accepted her.

As of February 2023, Tori Black’s net worth is estimated to be $3 Million.

Tori Black is without a doubt one of the biggest names in the adult film industry.

Tori Black was born in Seattle, Washington on the 26th of August, 1988. She studied journalism at Western Washington University, where she minored in women’s studies and sociology. Black never graduated, she chose to focus on her work instead.

Black’s childhood was punctuated and rough with sexual abuse. The adult film industry became an avenue to reclaim power over her own body, which helped her overcome her anxiety. Black started her adult film career in 2007.

In 2007, Black’s parents told her to get a job, so she did a Craigslist research to see what was available on a short-term basis. She wanted to become a go-go dancer, but because she was only 18 at the time she couldn’t get any work inside the club.

After a lot of hard work trying to find the right work, she contacted an adult film talent agency for help. They accepted her, and she started to work in the adult film industry.

Black’s first film was in 2007, and she was the first person in history to win two AVN Female Performer of the Year Awards. The following year she also won XRCO Awards for the same title as the AVN Award she received the same year.

In 2010 she was named by Maxim as one of the top 12 female adult actresses. The following year she was also named by CNBC as one of the most popular stars in the industry. CNBC noted her role as Catwoman in Vivid Entertainment.

Tori had a starring role in the Showtime series Gem and Loan, and she also appeared in the film L.A Slasher. The same year she was named by Loaded Magazine as the most fiscally attractive female performer in the industry.

Since then, Black’s name has been one of the biggest in the adult film industry. She has influenced many throughout her career. Black is still working in the adult film world, and she is married to Lyndell Anderson.

Here are some of the best highlights of Tori Black’s career:

“I spent a lot of my youth fighting.  So I put a baseball bat into her cheekbone and it imploded. Her eye almost popped out of her head. She went to the hospital and had to have plastic surgery. Afterward, she had scars all over her face; it was bad.” – Tori Black

“Well, I think I must’ve been about twelve years old when I started experimenting with drugs. I was never addicted to any one drug or another, but I was addicted to getting high, to getting outside my body, outside my mind. Eventually, my mom said, “Enough. I’m done with this.” My grandparents happen to be filthy rich, and so I got shipped off to boot camp.” – Tori Black

They recommended I go straight to boarding school, but my mom decided that I should be homeschooled instead, that way I could come home, but I wouldn’t have any contact with my old friends.” – Tori Black

“I had internet school. But unless you love to learn, at age sixteen you’re not going to sit by yourself and study. So I started sneaking out and getting into a lot of trouble because I was failing school again. I ended up moving in with my grandparents back near where I used to live. All my old friends were around, so it was back to getting high and everything else, until my grandparents kicked me out.” – Tori Black

“I had planned on going back to school but at that point, once your family knows, you’re like, eh, so I kept going,” she told Captain Jack. “And then the next thing you know, here I am!”  – Tori Black

How much is Tori Black worth?

Tori Black’s net worth is estimated to be $3 Million.

How old is Tori Black?

How tall is Tori Black?

There’s no doubt that Tori Black’s net worth will continue to increase in her future. She is 29 years old and has already gained a solid net worth of $3 Million As of 2022.

She is one of the biggest names in the industry and has worked with some of the best adult film companies in the world.

What do you think about Tori Black’s net worth? Leave a comment below.