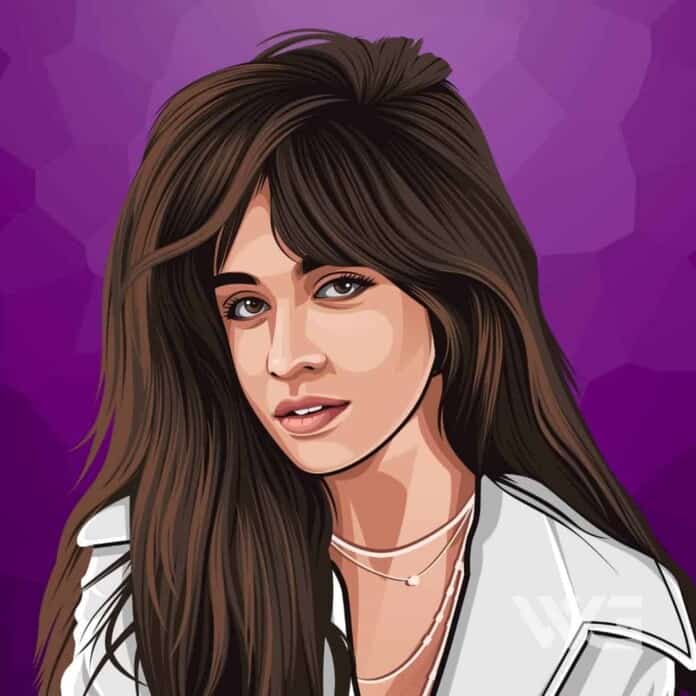 What is Camilla Cabello’s net worth?

Camila Cabello is a Cuban-American singer, songwriter, and actress.

She rose to prominence as a member of the girl group Fifth Harmony, formed on The X Factor USA in 2012.

Cabello began to establish herself as a solo artist by releasing the collaborations ‘I Know What You Did Last Summer’ with Shawn Mendes and ‘Bad Things’ with Machine Gun Kelly, the latter reaching number four on the Billboard Hot 100.

As of February 2023, Camila Cabello’s net worth is roughly $18 Million.

Karla Camila Cabello Estrabao was born on the 3rd of March, 1997, in Havana, Cuba. Her father was born in Mexico City and is a Mexican who moved to Cuba. She has a younger sister named Sofia.

When Cabello was five, she relocated to Miami, Florida, in the United States, with her mother; her father was unable to obtain a visa at the time and joined the family approximately 18 months later.

After elimination during the “boot camp” portion of the process in Florida, Cabello was called back to the stage along with other contestants Ally Brooke, Normani, Lauren Jauregui, and Dinah Jane to form the girl group that would later become known as Fifth Harmony.

In 2016, the group announced Cabello’s departure, with both sides giving contradictory explanations of the circumstances for her exit.

The official version of the song was released on February 16 and later featured on Cashmere’s debut studio album. Cabello recorded Hey Ma’ with Pitbull and J Balvin for The Fate of the Furious soundtrack.

The singer was also featured in collaboration with Major Lazer, Travis Scott, and Quavo for the song ‘Know No Better.

In 2019, Cabello released ‘Señorita’ with Canadian singer Shawn Mendes, along with the music video.

The song debuted at number 2 on the US Billboard Hot 100 chart and marks Mendes’ and Cabello’s second collaboration, following ‘I Know What You Did Last Summer’ released in 2015.

As of February 2023, Camila Cabello’s net worth is estimated to be roughly $18 Million.

How Does Camila Cabello Spend Her Money?

Cabello owns a beautiful home in Los Angeles. She purchased it for $3.38 million. It comes with four bedrooms and four bathrooms.

Cabello has helped charity organizations such as Save the Children.

Here are some of the best highlights of Camila Cabello’s career:

“I think it’s really important to love yourself. I feel like a lot of the time, especially right now, I’ve noticed that insecurity is something that’s so common that it’s not glorified but like romanticized. And it shouldn’t be because at the end of the day you have to live with yourself and be happy with who you are.” – Camila Cabello

“These are the moments. These are the moments where you realize love is everywhere if you look closely. When you realize happiness isn’t next weekend, and it’s not last week, it’s right now. That was one of the best nights of my life. It felt good to know the purpose. I lay in my bunk and I think of all the stories I’m in.” – Camila Cabello

“Not caring what people think about you is so much easier said than done and I think that it’s easy to be in school and compare yourself to everybody else, you might think that you’re weird because some people don’t like you or because you just don’t feel like you belong in your own skin in your school.” – Camila Cabello

“So many people have disappointed me. And there’s also been so many people – not so many, but a few people who make everything worth it, stick through it, and they show loyalty.” – Camila Cabello

“I definitely think being a young girl. There’s a time where – like when you’re in middle school or when you first start liking boys – you don’t really feel comfortable. You remember that time when you first got your period, or when your boobs started coming in, that you were like, ‘This is weird.’ You have to grow into yourself.” – Camila Cabello

Now that you know all about Camila Cabello’s net worth, and how she achieved success; let’s take a look at some of the lessons we can learn from her:

Think of many things; do one.

If something is wrong, fix it now. But train yourself not to worry, worry fixes nothing.

How much is Camila Cabello worth?

Camila Cabello’s net worth is estimated to be $18 Million.

How old is Camila Cabello?

How tall is Camila Cabello?

Well, it goes without saying that the music industry of today has been taken by storm by the young stars and their brilliance seems to be incredibly overpowering.

Camila Cabello is one among them, who has emerged as a raging sensation from the time she has voiced her melodies out in public.

As of February 2023, Camila Cabello’s net worth is estimated to be roughly $18 Million.

What do you think about Camila Cabello’s net worth? Leave a comment below.