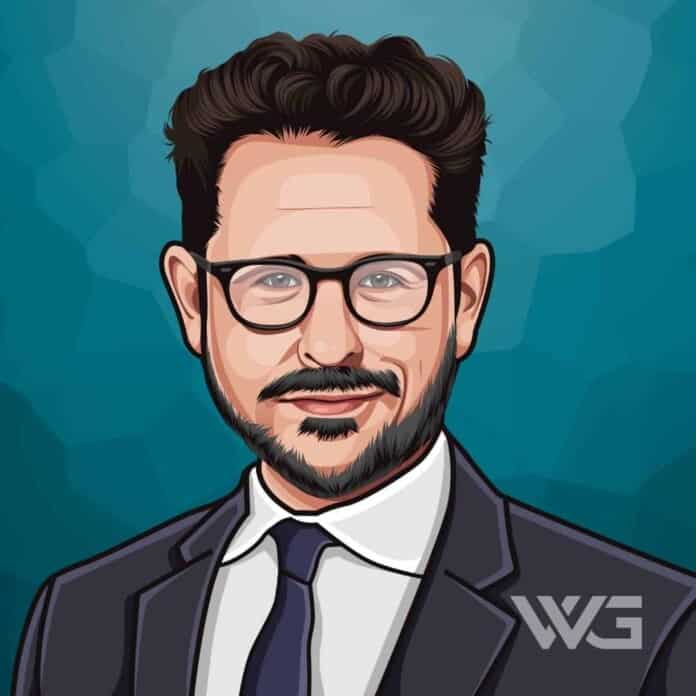 What is J.J. Abrams’ net worth?

J.J. Abrams is an American filmmaker.

He is best known for his work in the genres of action, drama, and science fiction. Abrams wrote or produced such films as ‘Regarding Henry,’ ‘Forever Young,’ ‘Armageddon,’ ‘Cloverfield,’ ‘Star Trek,’ and ‘Star Wars: The Force Awakens.’

He attended Palisades High School. After graduating from high school, Abrams planned on going to art school rather than a traditional college but eventually enrolled at Sarah Lawrence College.

Along with Jill Mazursky, Abrams co-wrote a film treatment that was eventually made into the comedy film ‘Taking Care of Business in 1990. The film flopped at the box office.

In 1992, he wrote the screenplay for the science fiction-romance ‘Forever Young’ which starred Mel Gibson in the lead role. The film was well-received by the audience. He turned producer with the 1996 romantic comedy, ‘The Pallbearer.’

He created his first television show ‘Felicity’ with Matt Reeves in 1998. The show revolved around the experiences of the title character, Felicity, a university student. The show ran for four years.

Abrams wrote the screenplay for the action series ‘Alias,’ which was about the life and work of a fictional CIA agent, Sydney Bristow, and the aliases she adopted to conceal her true career from her friends and family. It ran for five seasons starting from 2001 to 2006.

The 2009 science fiction ‘Star Trek’ he directed and co-produced received highly positive reviews from critics. It was also a commercial success.

He co-produced ‘Mission: Impossible – Ghost Protocol’ in 2011 with Tom Cruise and Bryan Burk. It went on to become the highest-grossing Mission Impossible film.

How Does J.J. Abrams’ Spend His Money?

J.J. Abrams spends some of his money on charity work.

Here are some of the best highlights of J.J. Abrams’ career:

“Star Wars: Episode IV – A New Hope’ is probably the most influential film of my generation. It’s the personification of good and evil and the way it opened up the world to space adventure, the way westerns had to our parents’ generations, left an indelible imprint. So, in a way, everything that any of us does is somehow directly or indirectly affected by the experience of seeing those first three films.” – J. J. Abrams

“There’s something about looking at Super 8 films that is so evocative. You could argue it’s the film’s resolution somehow because they aren’t crystal clear and perfect, so there is a kind of gauzy layer between you and what you see. You could argue it’s the silence of them. But there’s something about looking at analog movies that’s infinitely more powerful than digital.” – J. J. Abrams

“What’s a bigger mystery box than a movie theater? You go to the theater. You’re just so excited to see anything – the moment the lights go down is often the best part.” – J. J. Abrams

“One of my favorite things about ‘Star Trek’ wasn’t just the overt banter but the humor in that show about the relationships between the main characters and their reactions to the situations they would face; there was a lot of comedy in that show without ever breaking its reality.” – J. J. Abrams

Now that you know all about J.J Abrams’ net worth and how he achieved success; let’s take a look at some of the lessons we can learn from him:

Nothing is final in life. You have time to pivot and try something else in a year or two. Life is about making mistakes because that’s when you learn who you are.

To equip yourself to make it through dips and valleys requires constant, complete communication with those around you.

3. If You Dwell In The Past, You’ll Miss What’s In The Future

When you’re looking back, you miss what’s right in front of you today and the brightness of what your future could hold. We can’t change the past, so keep your eyes ahead and plan for the future.

How much is J.J. Abrams worth?

How tall is J.J. Abrams?

J.J. Abrams is an American film and television producer, director, actor, and screenwriter.

He specializes in the science fiction and action genres. He is most famous for his work in films like ‘Star Trek and ‘Mission Impossible III’ and television shows like ‘Alias’ and ‘Felicity.’

He developed an early interest in filmmaking which was only natural is also a television producer.

What do you think about J.J. Abrams’ net worth? Leave a comment below.