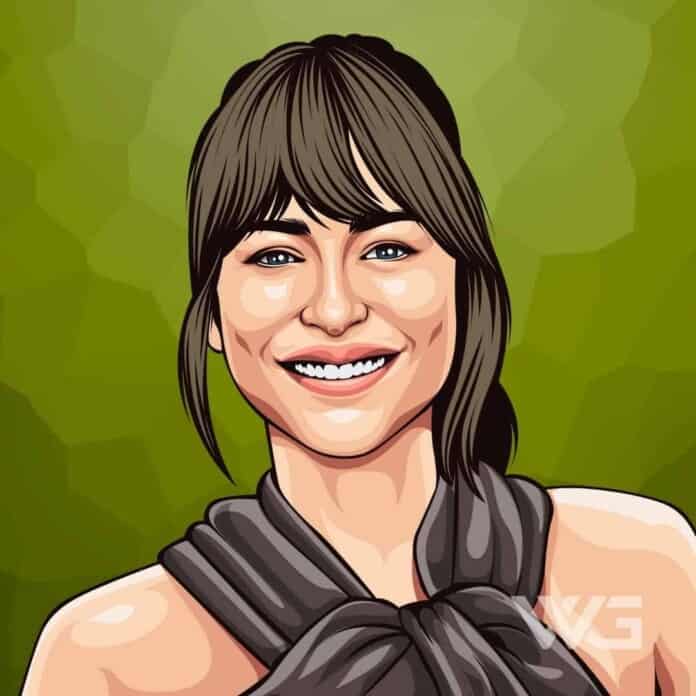 What is Dakota Johnson’s net worth?

As of November 2022, Dakota Johnson’s net worth is roughly $14 Million.

Dakota Johnson is an American actress and model from Texas. She made her film debut at age 10 with a minor appearance in ‘Crazy in Alabama’, a dark comedy film starring her mother.

Dakota Mayi Johnson was born on the 4th of October, 1989, in Austin, Texas. She is the daughter to Don Johnson and Melanie Griffith, both actors.

Her maternal grandmother Tippi Hedren is an award-winning American actress and former model who has also garnered attention as an animal rights activist.

Johnson made her debut in films as a child artist in the American comedy-drama ‘Crazy in Alabama’ directed by her step-father Antonio Banderas.

The film turned a box-office bomb. She was selected Miss Golden Globe 2006, an honor her mother also held in 1975. Dakota became the first second-generation Miss Golden Globe in the history of the annual Golden Globe Awards. She also signed with IMG Models that year.

‘Fifty Shades of Grey’ made its premiere in 2015 at the 65th Berlin International Film Festival and had its theatrical release on February 13, 2015.

Johnson furthered her fame reprising the role of Anastasia Steele in the sequel of ‘Fifty Shades of Grey’ titled ‘Fifty Shades Darker’. The film released in 2017, in the US and became a smashing hit like its predecessor grossing $381.1 million at the box-office.

Here are some of the best highlights of Dakota Johnson’s career:

“Me.. I had to be physically and emotionally naked, show both my body and soul. I felt emotionally vulnerable and physically exposed, it was a hard choice to make but I was intrigued since the beginning. I think that…the things that scare you the most are the ones you gotta do.” – Dakota Johnson

“I avoid social networks and I try to live a very normal, simple life. I love spending time and hang out with my friends any time I can. I like a very simple life.” – Dakota Johnson

“When I did ‘The Social Network,’ David Fincher told me that I managed to make a thankless character pretty awesome. I thought that was really cool because I think he’s really cool.” – Dakota Johnson

“I think people, especially the press, like to pick on children of famous people and I think that’s awful. Things get made up. It’s so, so sad. And there’s absolutely nothing you can do about it as a 16-year-old. You’re like … ‘Why? What did I do?’” – Dakota Johnson

3 Lessons from Dakota Johnson and from Fifty Shades of Grey

Now that you know all about Dakota Johnson’s net worth, and how she achieved success; let’s take a look at some of the lessons we can learn from her:

1. Love At First Sight Is Real

The minute Anastasia Steele sees Christian in his bespoke suit, her insides turn to jelly and she’s in love. Johnson does a wonderful job of portraying this on screen, and Dornan’s Christian falls for her as well, despite her Little House on the Prairie-esque ensemble.

You, too, can see someone and just know. You can just know you love them, but also be shocked when they later show you their “playroom” full of chains and blindfolds and ball gags. It’s just that easy.

When a photographer tells Christian to smile, he can’t. His mouth is frozen in a perpetual scowl, except when Anastasia bites her lip or does something adorable. She’s changing him!

Therefore, just because someone is humorless and moody doesn’t mean you should kick him to the curb. It just means they’re deep and interesting and full of secrets. Changing a person is super easy.

Anastasia changes Christian merely by standing near him and asking normal, human questions like, “Why can’t we sleep in the same bed or go on a date?” and “Why won’t you let me in?” You, too, can save the troubled, brooding, loner you’ve become unhealthily tethered to.

Just stand there, be yourself, ask probing questions, and presto! Their DNA will transform and you’ll have the perfect mate.

How much is Dakota Johnson worth?

Dakota Johnson’s net worth is estimated to be $14 Million.

How old is Dakota Johnson?

How tall is Dakota Johnson?

Dakota Johnson is an American actress and model who best-known for playing the lead role of Anastasia Steele in the blockbuster hit erotic-romantic-drama film ‘Fifty Shades of Grey’ and its two sequels.

As of November 2022, Dakota Johnson’s net worth is estimated to be $14 Million.

What do you think about Dakota Johnson’s net worth? Leave a comment below.