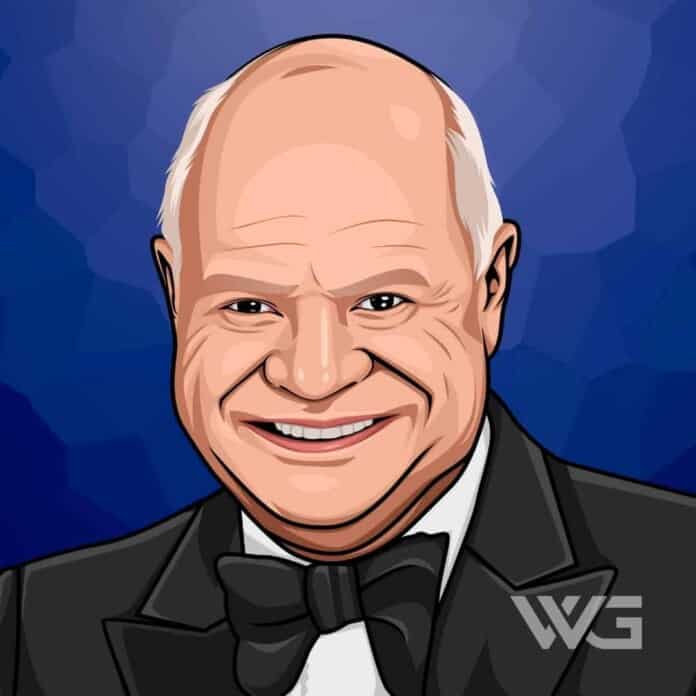 What was Don Rickles’ net worth?

Throughout his career, he has also won a Primetime Emmy Award for the 2007 documentary ‘The Don Rickles Project’.

He was born to Jewish parents to Max and Etta. When Rickles graduated from high school he enlisted in the United States Navy and served during the World War 2. Two years later Rickles decided to focus on his acting career instead.

Rickles began his early career in the 1950’s when he started to perform comedy around in New York. The audience loved what they saw and Rickles became famous after that.

Don Rickles started his career finding small roles in television upon his graduation.

Rickles started performing stand up comedy and he made his film debut in 1958 as a serious actor in ‘Run Silent, Run Deep’. He began making several appearances in dramatic series and television sitcoms over the next few years.

After Rickles made his first guest appearances in 1965 he made more than 100 appearances as a host and a guest in ‘The Tonight Show’, ‘The Rick Van Dyke Show’, ‘The Adam’s Family’ and ‘The Mothers-in-law’.

In the 1970’s he got a very important role in the popular movie ‘Kelly’s Heroes’ (1970) starring Clint Eastwood. Rickles made even more numbers of appearances after that in comedies like ‘The Don Rickles SHow’ (1972) and ‘The Dean Martin Roasts’ (1973).

In the 21st decade Don got new opportunities, he received a star in Hollywood Walk of Fame, and his film project started to get really popular by the people. Rickles released his own memoir in 2007 entitled ‘Rickles Book’. A documentary based on his life ‘The Don Rickles Project’ was aired in 2007 New York Film Festival and later on HBO.

Unfortunately, Rickles died in April 2017, the cause of his death was because of a kidney failure.

Here are some of the best highlights of Don Rickles’ career:

“Famous people are deceptive. Deep down, they’re just regular people. Like Larry King. We’ve been friends for forty years. He’s one of the few guys I know who’s really famous. One minute he’s talking to the president on his cell phone, and then the next minute he’s saying to me, ‘Do you think we ought to give the waiter another dollar?” – Don Rickles

“My mother was a big influence. She kept pushing me because I was very shy and inhibited. And schoolwork was very difficult for me because I couldn’t concentrate. I was failing almost every subject. To this day, I’m not too good at reading a book. But I was the president of my high school comedy group, and they treated me like a king.” – Don Rickles

“Sinatra had a lot of mood swings, but he was wonderful to my wife Barbara and to me. He made no bones about who he liked and who he loved, and he had this great charisma. When he walked into a room, it stopped. I’ve only seen that happen with Ronald Reagan.” – Don Rickles

“At 90, I’m still working a couple of dates a month. My mind is very sharp on the stage, so why not? This may sound corny, but I do it because people – young and old – still come to see me, and they’re very enthusiastic about my work. They treat me like the Godfather.” – Don Rickles

Don Rickles, throughout his career inspired many by his work as a comedian, actor, and author. Rickles was one of the best comedians and collaborated with some of the best stars in the world.

What do you think about Don Rickles’ net worth? Leave a comment below.