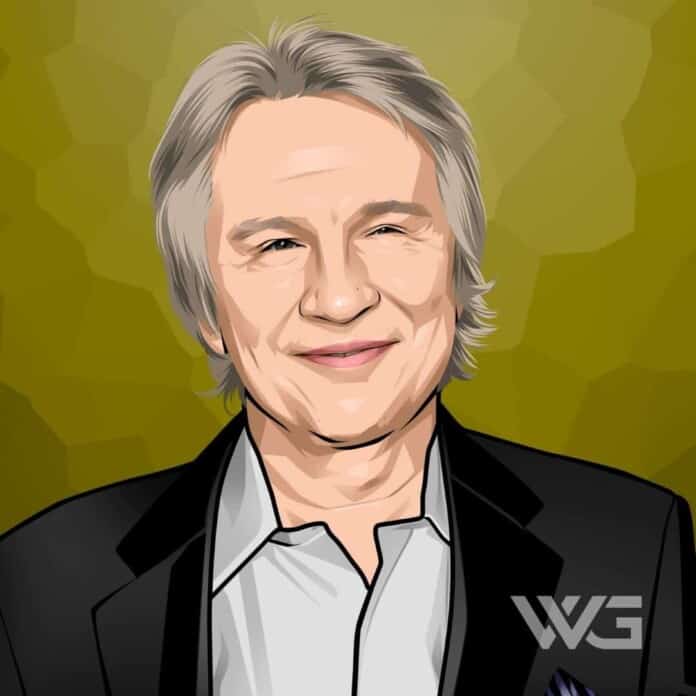 What is Fred Norris’ net worth?

Norris is the longest-tenured staff member of The Howard Stern Show, aside from Stern himself. He first met Howard Stern while working at WCCC-FM, a radio station in Hartford, Connecticut. In 1995, Norris married Allison Ferman, a woman he originally met on the ‘Dial-A-Date’ segment of Stern’s radio show.

Eric Fred Norris was born on the 9th of July, 1955, in Connecticut.

Norris is the son of Valija and Henry Nukis, who was Latvian immigrants. He was raised in Manchester, Connecticut. His biological father left home when Fred was five, but those first few years were turbulent.

Norris spent most of his early childhood alone. He would escape by reading books, taking long bicycle rides, or watching many afternoon TV reruns.

Being a college student, Norris first met Howard Stern while working the overnight shifts at WCCC, an AM and FM radio station in Hartford, Connecticut, in the spring of 1979.

He continued at WCCC after Stern’s departure, though he left the station in early 1981 to take a job at WAQY-FM in Springfield, Massachusetts.

Starn became ratings hit at WWDC in Washington, D.C. that year. He used his success as leverage to persuade the station to hire Norris, who started as the producer on Stern’s show in October 1981.

In 1993, Norris legally changed his name from Fred Leo NUkis to Eric Fred Norris. In 1996, The Howard Stern Show, Stern, and the cast had an extended discussion with Norris about this. Norris did not reveal the motivation for the change.

He also appeared in many small television and movie roles. Norris played a younger version of himself in Private Parts in 1997. He played a meter maid in Cruel Intentions in 1999.

In 1994, Norris married Allison Furman, a woman he originally met on the ‘Dial-A-Date’ segment of Stern’s radio show. The couple has one daughter together, Tess, in November 2002.

How Does Fred Norris Spend His Money?

Fred Norris spends some of his money on his home in New York.

Here are some of the best highlights of Fred Norris’ career:

Now that you know all about Fred Norris’ net worth and how he achieved success; let’s take a look at some of the lessons we can learn from him:

Be not afraid of life. Believe that life is worth living, and your belief will help create the fact.

Even if you’re on the right track, you’ll get run over if you sit there.

Nurture your mind with great thoughts. To believe in the heroic makes heroes.

How much is Fred Norris worth?

Fred Norris’ net worth is estimated to be $20 Million.

How old is Fred Norris?

How tall is Fred Norris?

Fred Norris is an American radio personality. Norris was raised in Manchester, Connecticut, to Latvian immigrants. Norris experienced a turbulent childhood at the hands of an alcoholic father and spent much of his youth away from his home as much as possible.

What do you think about Fred Norris’ net worth? Leave a comment below.

What is Drea de Matteo's net worth?  Introduction     Drea de...

What is Tim Burton's net worth? Introduction  Tim Burton is an...