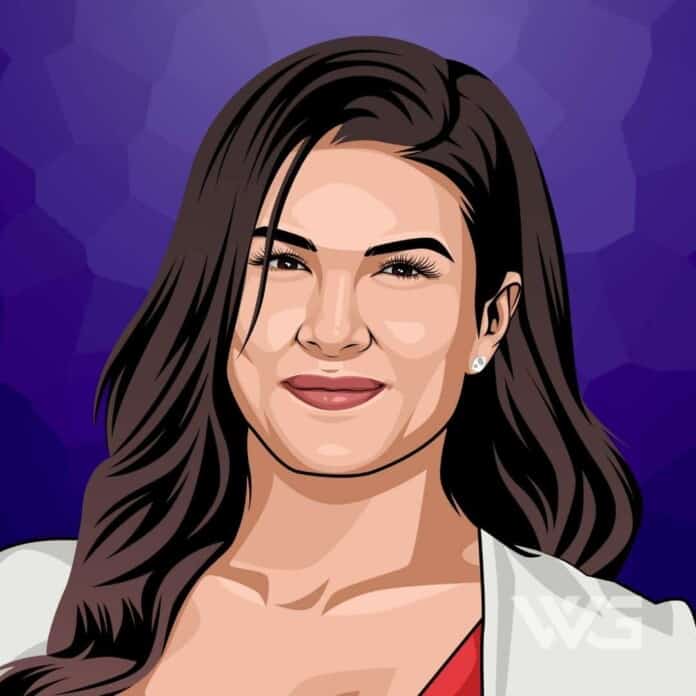 What is Gina Carano’s net worth?

Carano began training in Muay Thai before transitioning to competitive MMA, where she competed in Strikeforce and EliteXC.

Gina Joy Carano was born on the 16th of April, 1982, in Dallas County, Texas. Carano is the daughter to Dana Joy and Glenn Thomas Carano, a professional football player.

Though her parents divorced in her childhood and she was primarily raised by her mother, her father played an integral part in her upbringing.

She finished graduation from Trinity Christian High School in Las Vegas, Nevada where she also helped the basketball team securing the state title.

In 2006, Gina Carano appeared in ‘Ring Girls’, a cult movie about five women Muay Thai fighters challenging the best fighters all over the world. Her real-life success in the sport, beauty, and personality drew her a significant number of fans.

On 10 February 2007, in the first televised female fight on Showtime, she knocked Julie Kedzie flat in the second round. This roaring brawl was called as ‘Fight of the Night’ in which the fans applauded for both women by giving them standing ovation.

The following year, Carano stripped off at the weigh-in and successfully made it to 141 pounds to fight against Kelly Kobold. She defeated Kobold unleashing powerful kicks and blows which ultimately caused a deep gash over Kobold’s right eye.

On 15 August 2009, the biggest fight occurred in the history of Women’s MMA amidst approximately 14,000 viewers in San Jose, California which brought about the end of Carano’s MMA career.

Here are some of the best highlights of Gina Carano’s career:

“When you do things for the right reasons, eventually no matter how long it takes, people will take notice of it and can’t help but respect it.” – Gina Carano

“I didn’t really watch action films growing up! I grew up on stuff like ‘Anne of Green Gables’ – that was more when I was in elementary school. It was all I ever watched.” – Gina Carano

“I was always bigger than the other girls. My sisters are very, very beautiful and very skinny, and I’ve always had a more muscular body. So I grew up with a different mentality.” – Gina Carano

Now that you know all about Gina Carano’s net worth, and how she achieved success; let’s take a look at some of the lessons we can learn from her:

1. Feel Good About Yourself

You shouldn’t be greedy. You should feel good about yourself and not be greedy about what other people have.

It’s a constant battle for everybody, but you need to be happy with yourself.

How much is Gina Carano worth?

Gina Carano’s net worth is estimated to be $4 Million.

How old is Gina Carano?

How tall is Gina Carano?

Carano began her career as a Muay Thai fighter and was crowned as ‘The Face of Women’s MMA’. She holds an amazing Muay Thai competitive record with 12 wins, one loss, and one draw.

She is also the first American woman to win a title in Thailand in Muay Thai.

What do you think about Gina Carano’s net worth? Leave a comment below.

Monica Seles is a retired former world No. 1 tennis player who earned her fortune by winning nine Grand Slam titles.