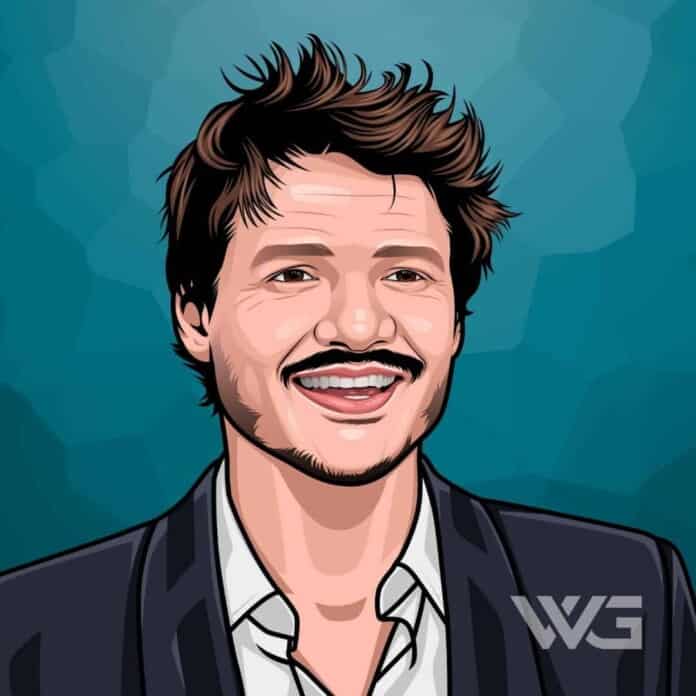 What is Pedro Pascal’s net worth?

Pedro Pascal is a Chilean-born American actor from Chile.

Pascal portrayed Oberyn Martell in the fourth season of the HBO fantasy series ‘Game of Thrones’ and Javier Peña in the Netflix biographical crime series ‘Narcos.’

Jose Pedro Balmaceda Pascal was born on the 2nd of April, 1975, in Santiago, Chile.

His mother, Verónica Pascal Ureta, was a child psychologist and his father, José Balmaceda, is a fertility doctor; his younger brother Lucas Balmaceda is an actor in Chile.

Pascal’s parents were Allende supporters and were involved in the opposition movement against the military dictatorship of Augusto Pinochet in Chile around the time of Pascal’s birth.

Pascal has appeared in several television series, including ‘Buffy the Vampire Slayer,’ ‘The Good Wife,’ ‘Homeland,’ ‘The Mentalist, and ‘Graceland.’

In April 2015, Pascal co-starred with Heidi Klum in the music video for Sia’s ‘Fire Meet Gasoline”¨.’ In 2017, he starred as Agent Whiskey in Matthew Vaughn’s ‘Kingsman: The Golden Circle’ and as mercenary Pero Tovar in ‘The Great Wall.’

It was announced that Pascal would play the title role in the first live-action Star Wars series ‘The Mandalorian’ un 2018, which debuted on Disney+ in November 2019. He has also starred as Francisco ‘Catfish’ Morales in the heist drama ‘Triple Frontier’ in 2019.

How Does Pedro Pascal Spend His Money?

Pedro Pascal spends some of his money on his real estate in Los Angeles.

Here are some of the best highlights of Pedro Pascal’s career:

“Your typical public schools and my dad would take us to the movies every week, or he’d buy scalped tickets to San Antonio Spurs games. My parents, who were very young, took us to see The Police in Austin, and Iggy Pop opened.” – Pedro Pascal

“I have the cliche ‘struggling actor’ story and went out to L.A. soon after graduation to get some jobs, but it didn’t work out. I wanted to cut my teeth in professional theater, so I came back to New York. It made my journey a longer one, but I really wanted to excel in the theater.” – Pedro Pascal

“Being Latino and being an actor has been a unique struggle and opportunity. When you don’t fit into what may be a more stereotypical vision of somebody whose name is Pedro is, it can be a little bit harder to navigate.” – Pedro Pascal

“My sister was trying to get a rise out of me by telling me, ‘This happened, and that happened, and then Superman did this and then, you know, the earthquake and spinning around the planet.’” In the face of such relentless sibling mockery.” – Pedro Pascal

Now that you know all about Pedro Pascal’s net worth and how he achieved success; let’s take a look at some of the lessons we can learn from him:

Darkness cannot drive out darkness: only light can do that.

You have brains in your head. Have your feet in your shoes. You can steer yourself in any direction you choose. You’re on your own.

How much is Pedro Pascal worth?

Pedro Pascal’s net worth is estimated to be $10 Million.

How old is Pedro Pascal?

How tall is Pedro Pascal?

Pedro Pascal is a Chilean-born American actor. He is best known for portraying the roles of Oberyn Martell in the fourth season of the HBO series ‘Game of Thrones’ and Javier Peña in the Netflix series ‘Narcos.’

Outside of television, he has appeared in the films ‘The Great Wall,’ ‘Kingsman: The Golden Circle,’ ‘The Equalizer 2’, ‘Triple Frontier,’ ‘Wonder Woman 1984’ and ‘We Can Be Heroes.’

What do you think about Pedro Pascal’s net worth? Leave a comment below.