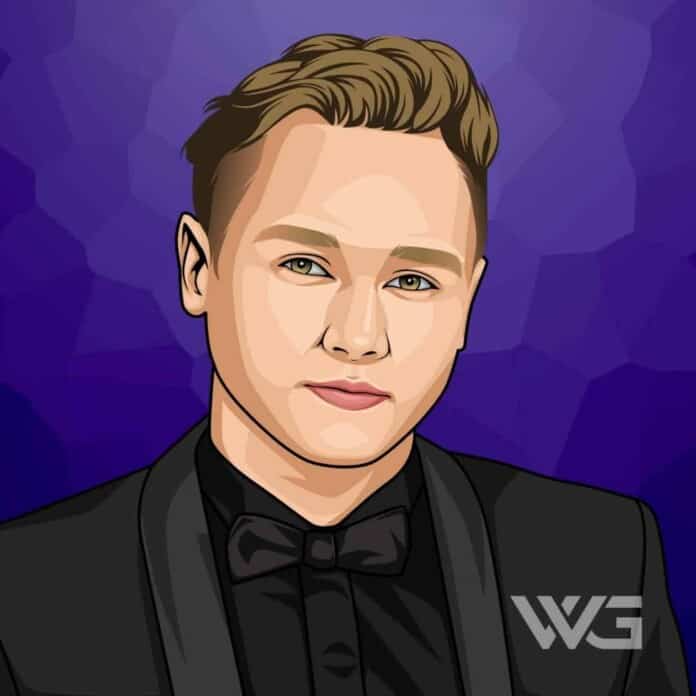 What is Ben Hardy’s net worth?

As of December 2022, Ben Hardy’s net worth is approximately $4 Million.

Ben Hardy is an English actor from Dorset. Hardy is best known for playing Peter Beale in the BBC soap opera ‘EastEnders’. Hardy made his big break film debut as Archangel in the superhero film ‘X-Men: Apocalypse’.

Ben Hardy was born on the 2nd of January, 1991, in Bournemouth, Dorset. He spent his childhood years in Sherborne, in North-West Dorset. He studied at the ‘Sherborne Abbey Primary School,’ and later attended ‘The Gryphon School.’

During school years, Hardy enjoyed drama class, but he was more interested in sports and showed no inclination towards acting profession till his teen years.

Hardy began his professional acting career with a role in Friedrich Dürrenmatt’s play, ‘The Physicist,’ at the ‘Donmar Warehouse.’ In 2012, he got to play the character of ‘Arthur Wellesley,’ a hotel staff member, in David Hare’s play ‘The Judas Kiss’ at ‘Hampstead Theater,’ London.

Hardy made his TV debut in 2013 when his name was announced as the next actor to play the role of ‘Peter Beale,’ in the ‘BBC’ soap opera, ‘EastEnders.’

His next film, Joseph Kosinski’s action-drama ‘Only the Brave,’ co-starring Josh Brolin and Miles Teller was released in September 2017. The film was based on the 2013 Yarnell Hill Fire, Arizona, where 19 firefighters of ‘Granite Mountain Hotshots’ died fighting the wildfire.

Hardy essayed the character of drummer Roger Taylor in the 2018 Freddie Mercury (Of ‘Queens’) biopic, ‘Bohemian Rhapsody.’ This performance fetched him a nomination for ‘Outstanding Performance by a Cast in a Motion Picture’ at the ‘25th Screen Actors Guild Awards.’

Here are some of the best highlights of Ben Hardy’s career:

“It’s hard to imagine you’ve got these massive wings in your back. You have to think about how it’s going to affect your posture, affect the way you move, just, like, the sheer weight of them.” – Ben Hardy

“You’re always aware that only eight percent of actors are in work at one time, so you’ve got to be thankful for the job you’ve got and done the best you can.” – Ben Hardy

“On stage, you rehearse for five weeks, and it goes out to 300 people. In ‘EastEnders,’ you get ten minutes to rehearse, and seven million people watch it!” – Ben Hardy

“For a while, I didn’t want to leave the house. Eventually, I just got sick of being indoors. Now I take steps not to be noticed when I don’t want to be. For instance, I live near Westfield shopping center, so I won’t go there at the weekend.” – Ben Hardy

“There’s one scene where I took my t-shirt off. I was wearing a t-shirt and a hoodie, and I took my hoodie off and took my t-shirt off to give to the girl because she got her top dirty or something. It was like, why don’t I just give her my hoodie – that makes no sense whatsoever! I just took off another layer just to take my top off.” – Ben Hardy

Now that you know all about Ben Hardy’s net worth, and how he achieved success; let’s take a look at some of the lessons we can learn from him:

To lead people, walk behind them.

Anyone can hold the helm when the sea is calm.

Be a yardstick of quality. Some people aren’t used to an environment where excellence is expected.

How much is Ben Hardy worth?

Ben Hardy’s net worth is estimated to be $4 Million.

How old is Ben Hardy?

How tall is Ben Hardy?

Ben Hardy is a British actor best acknowledged for his portrayal of ‘Peter Beale’ on the ‘BBC’ soap opera, ‘EastEnders.’

Hardy has portrayed diverse types of roles having various shades of characters, such as a villain in ‘X-Men,’ a ladies man and drummer in ‘Bohemian Rhapsody,’ a well-known writer of fantasy fiction in ‘Mary Shelley,’

What do you think about Ben Hardy’s net worth? Leave a comment below.