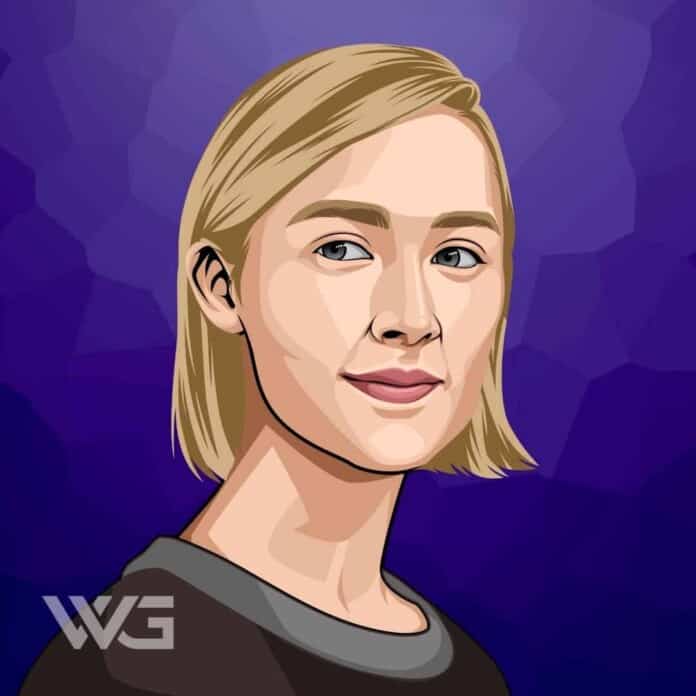 What is Saoirse Ronan’s net worth?

As of December 2022, Saoirse Ronan’s net worth is estimated to be roughly $9 Million.

Saoirse Ronan is an Irish and American actress from New York.

Ronan is noted for her work in period dramas since a teenager, she has received several awards, including a Golden Globe Award, and has been nominated for three Academy Awards and four British Academy Film Awards.

Saoirse Una Ronan was born on the 12th of April, 1994, in The Bronx, New York. Ronan is the daughter of Irish parents, Paul Ronan and Monica Ronan.

Her father was an actor and her mother was a former child actor. Her family moved to Dublin, Ireland, when Saoirse was 3 years old.

Ronan’s most notable role was in the film adaptation of Ian McEwan’s novel ‘Atonement.’ She played a teenage aspiring novelist, ‘Briony Tallis.’ It was a role that earned her various awards and immense recognition.

She scored another hit with the 2009 movie ‘The Lovely Bones,’ in which she played ‘Susie Salmon,’ a 14-year-old girl who is raped and murdered but avenges the wrong done to her after death.

In 2011, Ronan played a 15-year-old assassin in the action flick ‘Hanna.’ Her self-performed action sequences attracted a lot of appreciation from critics.

In 2016, she made her ‘Broadway’ debut in the play ‘The Crucible,’ in which she played ‘Abigail Williams,’ a witchy maid accused of killing 150 people. The following year, she voiced the character of ‘Marguerite Gachet’ in the animated drama ‘Loving Vincent.’

She next starred in Greta Gerwig’s ‘Lady Bird,’ which became the best-reviewed film on ‘Rotten Tomatoes.’ Ronan played ‘Christine “Lady Bird” McPherson,’ a high school student who shares a turbulent relationship with her mother and friends.

As of December 2022, Saoirse Ronan’s net worth is roughly $9 Million.

Here are some of the best highlights of Saoirse Ronan’s career:

“I will always have a child in me. That is what Pete [Jackson] has got, what a lot of the directors I have worked with have. It is about knowing how to have fun and that is something I always want to hold on to.” – Saoirse Ronan

“ And, I had certain films that I would fall asleep so it was ‘Clueless’ for quite a long time, and I used to just watch it every single night and knew every single line, every single quote.” – Saoirse Ronan

“I like books that are exciting and that make you think about things, as well. I like things that have a twist – like ‘Atonement,’ which I haven’t read obviously, as I’m a bit young.” – Saoirse Ronan

“It’s not working, it is more of a passion. It is so much fun and it really makes you feel great at the end of the day. You feel like you are really after doing something good and you are after accomplishing something. Acting is one of these things that I can’t really describe – it’s just like, why do you love your mum and dad? You know, you just do.” – Saoirse Ronan

“I think that when you’re an actress, you have to think about what kind of a role model you’re going to be. I hope that I’m a good role model for young girls. I’m not going to, if people still want me in their movies, I don’t want to be one of these girls who go around partying every night and is in rehab. I don’t want to do that.” – Saoirse Ronan

Now that you know all about Saoirse Ronan’s net worth, and how she achieved success; let’s take a look at some of the lessons we can learn from her:

Life is like a river, if you cannot let go of the past, it will drag you down the stream.

Treat all people kindly and with respect.

3. Grow With The Flaw

There are no mistakes in life; go with the flow and grow with the flaw

How much is Saoirse Ronan worth?

Saoirse Ronan’s net worth is estimated to be $9 Million.

How old is Saoirse Ronan?

How tall is Saoirse Ronan?

Saoirse Ronan is made her acting debut with the Irish TV show ‘The Clinic’ in 2003.

Her spectacular performance in the 2017 film ‘Lady Bird’ earned her a ‘Golden Globe Award’ for ‘Best Actress’ and an ‘Academy Award’ nomination too.

As of December 2022, Saoirse Ronan’s net worth is estimated to be $9 Million.

What do you think about Saoirse Ronan’s net worth? Leave a comment below.

Lonnie Walker IV is a current National Basketball Association player for the Los Angeles Lakers after signing with them for $6.4 million as a free agent.