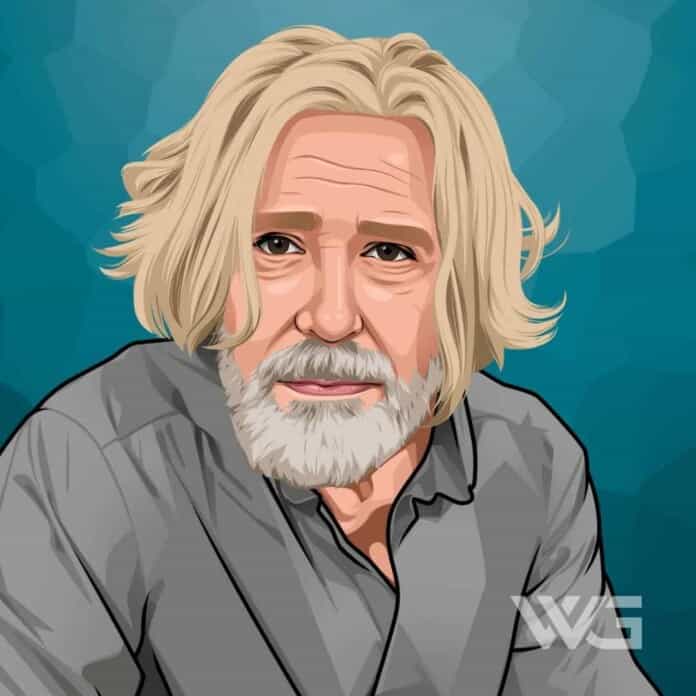 What is Adam Clayton’s net worth?

Adam Clayton is an English-born Irish musician best known as the bass-playing star of the hugely successful Irish band U2.

Since its inception in 1976, U2 has sold over 170 million albums worldwide, in addition to some of the most lucrative tours in the music industry’s history.

Adam Charles Clayton was born on March 13th, 1960, in the village of Chinnor in Oxfordshire, England.

The oldest child, his father, Brian Clayton, was a pilot in the Royal Air Force, and his mother, Jo Clayton, worked as an air hostess.

After a period of living in Nairobi, Kenya, Adam Clayton returned to the UK and attended St Columba’s College boarding school, where he acquired an acoustic guitar and started a school band.

During his time at Mount Temple Comprehensive School in Dublin, Clayton met Larry Mullen, teaming up with Dik Evans and his brother David “the Edge” Evans and forming U2.

Along with Larry Mullen jr and the Evans family, U2 was joined by Paul David Hewson, who adopted the stage name Bono while performing with the band.

By the late 1970s, they were introduced to music producer and manager Paul McGuinness, who helped them sign to a record label and launch their career.

After building a fan base in Ireland, their debut studio album Boy was released in 1980, charting in the United States and the UK and earning critical praise.

Additional chart-topping albums followed, and soon their music was being featured in movies by some of the richest directors in the world and earning them multiple awards and nominations.

The hit number one song, Hold Me, Thrill Me, Kiss Me, Kill Me, featured in the blockbuster movie starring Jim Carrey and Nicole Kidman, Batman Forever.

Their track The Hands That Built America was used for the film Gangs of New York starring Leonardo DiCaprio, and they provided the theme to the Tom Cruise movie Mission: Impossible.

More recently, Clayton has enjoyed success with several sell-out tours with U2 and continuing to release studio albums such as Songs of Experience, released in 2017.

With multiple hit singles and albums along with sell-out tours, Adam Clayton has enjoyed impressive earnings over the course of his career.

Adam Clayton is one of the richest rock stars in the world and has seen his net worth increase year over year.

This wealth has come from a variety of sources, including ongoing album sales for the band U2 and his real estate investments and other business ventures.

Here’s a breakdown of Adam Clayton’s annual net worth:

For much of his life, Adam Clayton has preferred to remain single, referring to his nephews and nieces as his children.

He’s been known for dating supermodel Naomi Campbell, who is one of the richest models in the world with a net worth of $80 Million.

In 2013 he married Mariana Teixeira De Carvalho, a Brazilian supermodel who is employed by the Michael Werner contemporary art gallery.

Through his association with the band U2, Adam Clayton has been nominated for or received numerous awards in the music industry.

They have sold over 170 million albums worldwide, winning 22 Grammy Awards, more than any other band in history.

Here are some highlights from Adam Clayton’s career:

How Does Adam Clayton Spend His Money?

Along with the other members of U2, Adam Clayton is known for owning some of the most expensive houses in the world, including a large castle named Danesmoate House, located near Dublin.

The U2 album, The Joshua Tree, was recorded in the 14,000-square-foot mansion, where Clayton is reported to have added numerous renovations and improvements.

He’s also an inspiring watch collector, owning some of the most expensive watches you can buy and a Pioneer Perpetual Calendar by H Moser & Cie.

Here are some of the best highlights of Adam Clayton’s career:

With his high-profile career in the music industry, Adam Clayton has had plenty of insights into the nature of music and creativity.

He’s worked with some of the biggest names in music and earned his fame and recognition through hard work.

Here are our favorite quotes from Adam Clayton:

Now that you know all about Adam Clayton’s net worth, let’s dive into some of the amazing inspirational lessons his career has highlighted.

Here are some of the best success lessons to learn from Adam Clayton:

1. There Are Always Opportunities To Hone Your Skills As You Go

When Adam Clayton first began playing bass guitar for U2, his fellow band members claimed he could hardly play at all.

He’s since gone on to be one of the most celebrated bassists of his generation, proving there’s no barrier to developing skills.

2. It’s Never Too Late To Overcome Your Vices

At one point in his life, Clayton experienced a great deal of substance abuse, battling alcohol and drug addiction.

He persevered and was able to overcome this challenge and lead a life of abstinence.

3. It May Take Time But If You Persevere, You’ll Find Love

While Clayton was single for many years, he didn’t let this get him down and instead focused his attention on his nieces and nephews.

Later in life, he was able to find strong relationships with some of the most successful models in the world, proving that patience pays off.

So there you have it, our complete guide to Adam Clayton’s net worth and the hit singles and albums that have helped him amass his fortune.

From his humble origins in a small Irish town, Clayton has become one of the most recognizable names in the music industry.

Since U2 remains active and continues to write music and tour, Clayton’s net worth is likely to change, so check back on this article in the future for the latest details.

What do you think about Adam Clayton’s net worth? Leave a comment below.