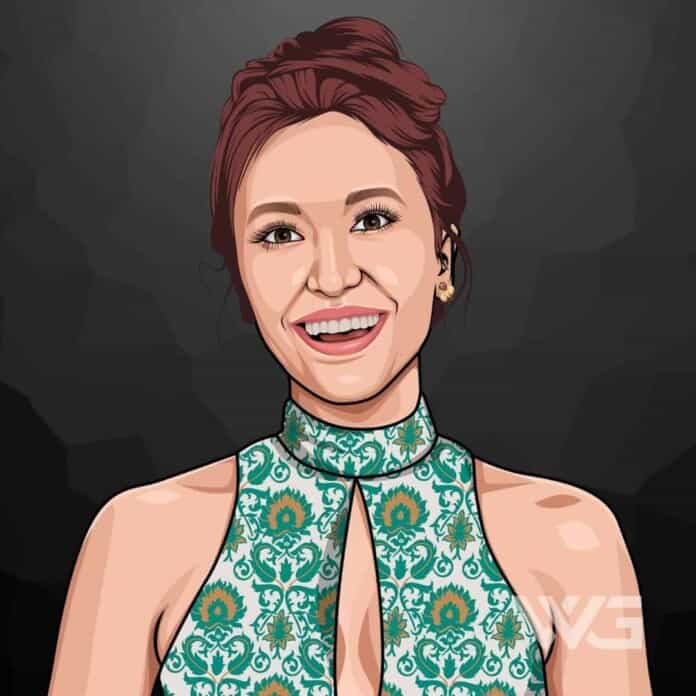 What is Lauren Daigle’s net worth?

As of February 2023, Lauren Daigle’s net worth is estimated to be $6 Million.

After being signed to the label Centricity Music, she released her debut album, How Can It Be, in 2015. It reached No. 1 on the Billboard Top Christian Albums chart and certified Platinum by the RIAA.

Lauren Ashley Daigle was born on the 9th of September, 1991, in Lafayette, Louisiana, to Laura and Mark Daigle. She has a sister named Madison and a brother named Brandon.

She began singing as a child and sang all day long, due to which her mother called their home “The music box.” During childhood, Daigle caught infectious mononucleosis and was forced to take a long break from school.

Daigle participated in the singing competition show ‘American Idol’ in both 2010 and 2012. However, she couldn’t make it to the finals either year.

She made her singing debut on North Point Inside Out’s album titled ‘Hear,’ where she recorded ‘You Alone’ and ‘Close’ live at the North Point Community Church.

In 2013, the singer signed with Centricity Music and released her debut single ‘Light of the World’ from the album ‘Christmas: Joy to The World.’

Daigle released her debut full-length studio album titled ‘How Can It Be’ on April 14, 2015, debuted at #1 on the Billboard Christian Albums chart.

In 2016, she released the Christmas album ‘Behold: A Christmas Collection.’ A month later, three singles were released: ‘Jingle Bells,’ ‘What Child Is This’ and ‘Have Yourself a Merry Little Christmas.’

Here are some of the best highlights of Lauren Daigle’s career:

“When I was younger, I would set up Grammy parties at my house where I would invite all of my friends over, and my whole family would sit in the living room glued to the TV. But I would dream of someday going there, and I would watch the red carpet interviews over and over and study what was happening.” – Lauren Daigle

“When I was a kid, and God was talking to me about music, I was like, ‘Okay, I’ll sing mainstream music,’ because I was afraid to sing Christian music to alienate my friends. Honestly, it was going on ‘Idol,’ having that kind of exposure, that I realized there’s something different about me. I crave God being a part of every moment.” – Lauren Daigle

“There’s nothing wrong with wanting to be the best, but when it takes over the joy at the moment and the joy in the journey, then that’s where there’s an internal tension. And I have to surrender that.” – Lauren Daigle

“We, as Christians, have a legacy to leave, and it’s all about a love of Christ to permeate the music and reach the hearts of all of the people out there, that don’t know him and do know him.” – Lauren Daigle

Now that you know all about Lauren Daigle’s net worth and how she achieved success; let’s take a look at some of the lessons we can learn from her:

Never stop doing your best just because someone doesn’t give you credit.

Work hard, be kind, and amazing things will happen.

How much is Lauren Daigle worth?

Lauren Daigle’s net worth is estimated to be $6 Million.

How old is Lauren Daigle?

How tall is Lauren Daigle?

Lauren Daigle first garnered attention with her debut studio album ‘How Can It Be,’ which peaked at #1 on Billboard Top Christian Albums chart.

Today, Daigle has emerged as one of the greatest performers of contemporary Christian music. Her soulful, husky voice has drawn comparisons to Adele’s.

As of February 2023, Lauren Daigle’s net worth is estimated to be $6 Million.

What do you think about Lauren Daigle’s net worth? Leave a comment below.