The Mindset That Distinguishes the Successful from the Average

Being the best is not an easy task. That’s just the inconvenient truth.

Ask Donald Trump, Anthony Joshua, Usain Bolt, Mark Zuckerberg and other successful people out there, all of them will tell you one thing: Success doesn’t come cheap on a platter of gold.

You just have to work for it. That is, you need to do things differently if you want to stand out from the pack. You also need to have a different mindset to be more successful than others.

In fact, the difference between the best and rest is nothing but their mindset – the established behaviors and beliefs held by them. For instance, if you give two people the same time and the same amount of money to start a business, you will still find out that one person will still be more successful than the other.

The Mindset that Distinguishes the Successful from the Average

Why? It’s their mindset.

It is their mindset that influences the decisions they make, the way they react under pressure, and how they handle issues. Wondering what those mindsets are?  Below are the mindsets that distinguish the successful from the average, the rich from the poor and the best from the rest.

1. They Never Give Up

The recent bout between Anthony Joshua and Wladimir Klitschko is a vivid example of how successful people don’t give up.

In the 6th round, Klitschko had the upper hand, giving Joshua some heavy jabs until the English man was knocked down in that round. However, despite this setback, Joshua did not give up.

He recovered in subsequent rounds and in the last round, he gave Klitschko an uppercut which sent the Ukrainian professional boxer down and the rest is history now.

Joshua won the bout not because he was more experienced than the former heavyweight champion Klitschko but because he had the mindset of not giving up.

Self-motivation means the ability of a person to accept and complete any tasks without seeking any external inspiration from other people. It is a fact that people who are self-motivated are more successful than those who are not.

The best people in any field don’t need others to inspire them.

They can motivate themselves. This is because unlike the average people, the successful people have the passion, zeal, willingness, and enthusiasm to follow through their plans and overcome any challenges.

In short, there is a high likelihood that anybody that is self-driven or self-motivated will succeed in any task than those who need others to motivate them.

3. They Love Doing One Thing Until It Is Successful

Most billionaires and millionaires have one thing in common: investing all their energy and resources in one task and completing that task. They are not Jack-of-all-trades – masters of none.

For instance, Bill Gates is known for investing only in IT; Donald Trump is very rich today because he invested most of his money, energy, time and resources in real estates. Findings show that all the wealthy people in the world today have the same mentality of doing one thing at a time until they succeed in that thing.

To say it another way, they have a clear picture of the single task they want to achieve. And most importantly, they will not abandon their goals no matter the challenges they face.

4. They Are Highly Economical

Most successful people are very frugal with how they spend their energy, time, money, and resources. They like cutting their coats according to size, in contrast to the average people.

Successful know that if they don’t manage their time and resources wisely, they will not be able to achieve their goal.

Some people think successful people are very stingy. No, they are not. They just don’t like living beyond their means or doing what would put them in a perilous situation.

5. They Are Very Confident & Incurably Optimistic

Being optimistic and confident is another mindset that distinguishes the successful people from the average people. Successful individuals understand the power of being confident.

They don’t downplay their potentials and they are very ready to face their fears.

This is because they know that the more they are optimistic that they will succeed, the more their goals will likely be achieved. The average people, on the other hand, don’t know this. And even if don’t understand this simple psychological truth, they don’t believe it as they are always doubtful of their own potentials.

6. They Are Very Passionate About What They Do

Successful people are very passionate about their profession.

If you’ve met any successful people before, you will have found out that they love what they do. You can easily perceive this in the way they talk about their profession and what their job means to them.

In fact, nothing makes them happier than waking up every day to do what they are passionate about. In contrast, the average people are pretenders and they don’t have the fervent desire, which the successful ones have, to accomplish a task.

The average individual work for money, do what the society wants them to do (not what they want to do for the society), and set low goals for themselves.

7. They Think A Lot About the Future

While the average people think about their immediate gains, the successful ones are very provident and they seek long-term solutions to any problem. In a word, successful believe so much in making decisions that will make them financially secure in the long-term.

The average people are very complacent.

They believe in earning stable and fixed income and in playing it safe. On the other hand, successful people like taking calculated risks. Unlike the average people, the successful people know when and how to take risks.

They believe they need to break the rules – but not to break the law – to achieve their goals. What’s more, they are not as emotional as others when it comes to making critical decisions and achieving their objectives. In sum, they are ready to do what needs to be done in order for them to make it big.

9. They Give Their Very Best

Successful people are perfectionists. And that’s why athletes like Roger Federer, Cristiano Ronaldo, Lionel Messi, LeBron James, and Dustin Johnson keep improving year after year. Unlike the average people, these ambitious people are never satisfied with their performance.

They want to do the impossible and break records upon records. Their philosophy is all about avoiding mistakes at all costs. To successful people, a mentality of giving their very best and winning all the time is very intrinsic to their well-being and happiness.

The secret of being successful is all about changing your mindset.

You don’t need a huge capital to start achieving your dreams. What you need is a positive mindset. And the above mindsets are some of those things that separate the wheat from the chaff and differentiates the successful from the average.

As such, if you want to become the best in anything you do, consider changing your mentality and start imbibing those behaviors, attitudes, idiosyncrasies, and philosophies of those who are successful.

It is very easy. Just give it a try and see the results for yourself.

So, do you possess the mindset that distinguishes the successful from the average? Leave a comment below. 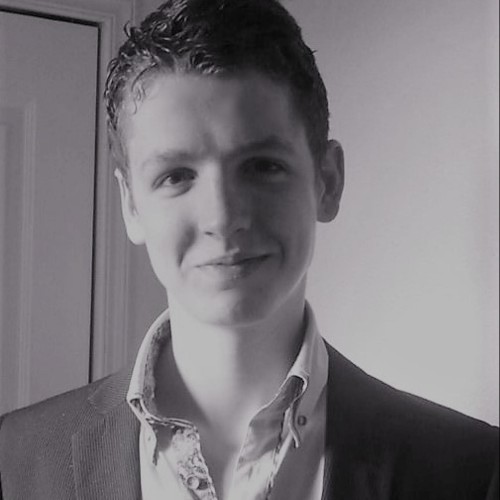 Lars Bekel
Lars Bekel is the founder of Dreamers Ambition. Lars' mission is to motivate and inspire people on their road to success. Alone we can do so little. Together we can do so much.