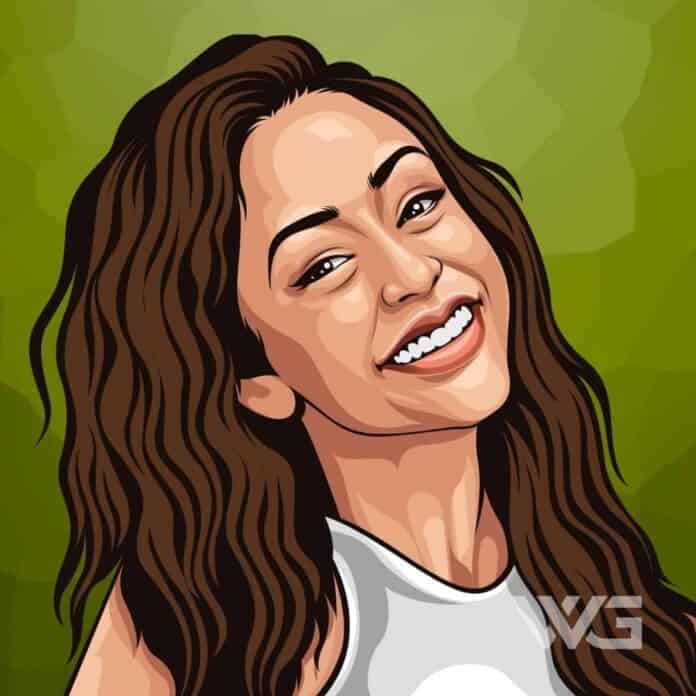 What is Liza Koshy’s net worth?

As of November 2022, Liza Koshy’s net worth is estimated to be $6 Million.

Liza Koshy is an American actress and YouTube personality. She has millions of subscribers on YouTube and over a billion views since she began the channel.

She stars as Violet Adams in the Hulu original television series Freakish, and has also played other roles such as Aday Walker in Tyler Perry’s horror-comedy film ‘Boo! A Madea Halloween’ and The Explorer in the YouTube Red original series ‘Escape the Night’.

Koshy’s YouTube channel has over 17.7 million subscribers and more than 2.3 billion views, making it the 166th most subscribed to channel on YouTube. She’s also been nominated for various awards, winning two Streamy Awards and a Teen Choice Award.

Liza Koshy was born on the 31st March 1996, in Houston, Texas. She is of half Caucasian, and half Indian decent, and has two older sisters. Koshy attended Lamar High School, and after graduating in 2014, went to the University of Houston.

At University, she studied business marketing, however ended up moving to Los Angeles a year later, where she started dating David Dobrik, a fellow YouTube superstar.

The beginning of Liza Koshy’s career is very similar to that of the likes of Logan Paul, and Jake Paul. She began by publishing videos on the popular Vine platform, as did the brothers. However, the platform has since shutdown.

Liza began posting videos on Vine in 2013, and when it closed down in 2017, she had amassed over 5 million followers. She was smart to transfer her Vine followers over to other social media platforms, such as Facebook, YouTube, Twitter, and Instagram… before the Vine platform closed down.

She then turned to YouTube, where she became the fastest person ever to reach 10 million subscribers, and now has over a billion views on the platform.

Aside from being a social media superstar, Liza has also acted in TV series’ and several films. The most notorious of these being her current role as Violet Adams in the TV show ‘Freakish’, which she has held since 2016.

As of November 2022, Liza Koshy’s net worth is estimated to be $6 Million.

Here are some of the best highlights of Liza Koshy’s career:

“Telling someone to be quiet makes you a hypocrite.” – Liza Koshy

“Hey Philip I have your screwdriver… and several of your kitchen appliances.” – Liza Koshy

“I’ve convinced myself that all of the scratches on my car are just stretch marks… and she’s just a tiger who earned her stripes.” – Liza Koshy

“I wonder if bees ever brag about the number of flowers they’ve been inside of.” – Liza Koshy

Liza Koshy: I Can’t Do This

How much is Liza Koshy worth?

Liza Koshy’s net worth is estimated to be $6 Million.

How old is Liza Koshy?

How tall is Liza Koshy?

Liza Koshy is one of the most popular YouTubers in the world, and is another member of the new generation of entrepreneurs. As of November 2022, Liza Koshy’s net worth is estimated to be $6 Million.

What do you think about Liza Koshy’s net worth? Leave a comment below.