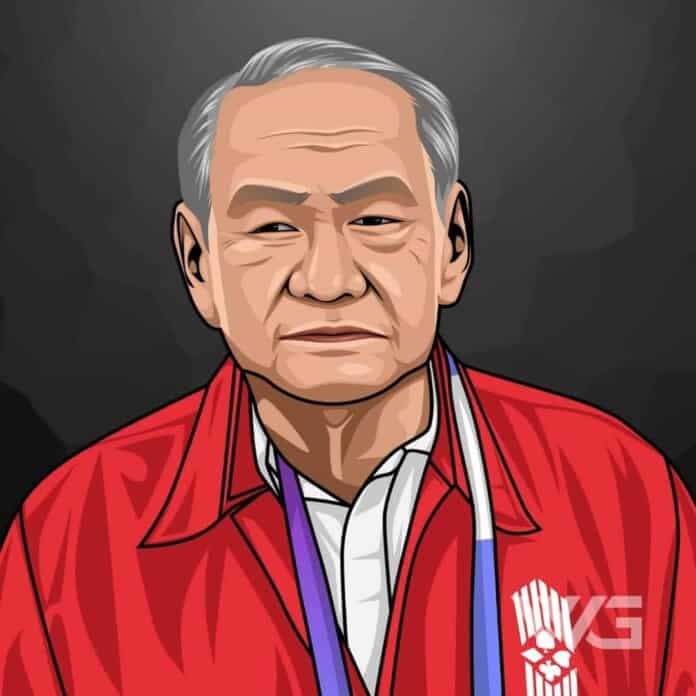 What is Michael Hartono’s net worth?

Michael Hartono is a Chinese Indonesian billionaire heir and businessman. Michael and his brother Robert Budi are Kretek’s owners (clove cigarette), which they inherited from their father Oei Wie Gwan upon his death in 1963.

Michael Bambang Hartono was born on the 2nd of October, 1939, in Kudus, in Central Java.

In 1963, however, the factory burned down, and shortly thereafter, Oie Wie died, leaving Michael and his younger brother Robert Budi Hartono to inherit the factory.

The cigarette company grew under the two brothers, making its first export in 1972 and introducing new products. Today, the cigarette brand is one of Indonesia’s largest market share, with a 19 percent market share in 2012.

As the cigarette business continued to grow, the group began expanding to other fields, founding an electronics brand Polytron in 1975. The group also expanded into businesses like palm oil, papermaking, and communication towers.

Starting their entry into the banking business through Haga Bank and Hagakita Bank, the brothers under the Mauritius-registered corporation FarIndo Investments in a consortium with Farallon Capital took over 51.15% of Bank Central Asia in 2002, defeating other bidders despite making a lower offer.

Aside from the aforementioned businesses, the Djarum group also controls several shopping malls and buildings in Jakarta, including Grand Indonesia, Hotel Indonesia, and BCA Tower.

His company is also active in internet ventures, controlling e-commerce website Blibli.com and one of Indonesia’s largest online communities, Kaskus.

Here are some of the best highlights of Michael Hartono’s career:

“I’ve never liked playing golf. I prefer to be on the treadmill to keep in shape.” – Robert Budi Hartono

“Don’t ever break someone’s trust. Once you do, then nobody wants to do business with you.” – Robert Budi Hartono

“I don’t avoid any particular food. But I don’t eat too much.” – Robert Budi Hartono

Now that you know all about Michael Hartono’s net worth and how he achieved success; let’s take a look at some of the lessons we can learn from his successful family:

Courage is about learning how to function despite the fear, to put aside your instincts to run or give in completely to the anger born from fear. Courage is about using your brain and heart when every cell of your body is screaming at your to fight or flee.

How much is Michael Hartono worth?

Michael Hartono’s net worth is estimated to be $11.5 Billion.

How old is Michael Hartono?

How tall is Michael Hartono?

Michael Hartono is an Indonesian billionaire who has built a fortune based on various business interests.

Even though the Hartono brothers inherited clove cigarette maker Djarum from their father, most of their wealth comes from Bank Central Asia, Indonesia’s largest private bank.

What do you think about Michael Hartono’s net worth? Leave a comment below.