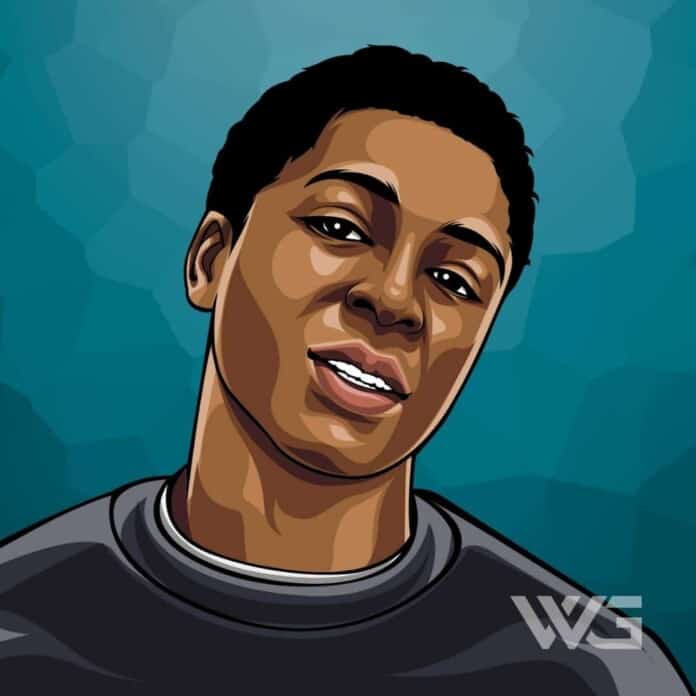 What is NBA Youngboy’s net worth?

As of November 2022, NBA Youngboy’s net worth is approximately $6 Million.

NBA Youngboy is an American rapper, singer, and songwriter from Louisiana. Between 2015 and 2017, he would release eight independent mixtapes locally and online and steadily garner a cult following through his work.

Youngboy has collaborated with rappers such as Trippie Redd, Kevin Gates, and Lil Uzi Vert.

Kentrell DeSean Gaulden was born on the 20th of October, 1999, in Baton Rouge, Louisiana. As a toddler, Gaulden broke his neck due to which he wore a temporary head brace for a short period of time.

The brace left three permanent scars on his forehead. After Gaulden’s birth, his father was sentenced to 55 years in prison. Subsequently, he was raised by his maternal grandmother.

In 2016, YoungBoy first came to limelight with his super hit mixtape ’38 Baby’, which received millions of views on YouTube. He followed it with a ‘song-for-song rap beef’ with fellow Baton Rouge rapper Scotty Cain.

In May 2017, YoungBoy released the super hit song ‘Untouchable’. The single peaked at number 95 on the Billboard Hot 100 chart. He followed it with a video for his song ‘41’.

YoungBoy’s career took a meteoric rise as his single ‘Outside Today’ in 2018. The song became the highest-charting song of his career, peaking at number 35 on Billboard Hit 100. YoungBoy’s upcoming releases include his debut studio album ‘Until Death Call My Name’ which is expected to release in April 2018.

Here are some of the best highlights of NBA Youngboy’s career:

“I wanted to be a rapper and I couldn’t focus and do that. I didn’t even have the clothes for that shit. It really felt like I wasn’t smart enough, so what the fuck I’m there for?” – NBA Youngboy

“That was like a dream come true. That ain’t like me signing to no rapper. And they gave me that fuckin’ bag when I was 16.” – NBA Youngboy

“She tried to make it seem like my music’s making people die. That’s exactly what she said to me in court.” – NBA Youngboy

Now that you know all about NBA Youngboy’s net worth, and how he achieved success; let’s take a look at some of the best lessons we can learn from him:

1. Teach People How to Treat You Right

Be grateful for what you tolerate. You are teaching people how to treat you.

NBA Youngboy – Net Worth Over the Years

How much is NBA Youngboy worth?

NBA Youngboy’s net worth is estimated to be $6 Million.

How old is NBA Youngboy?

How tall is NBA Youngboy?

NBA YoungBoy is an American rapper who took to rapping and recording early in his life. Inspired by local artists, he came up with his debut album in 2015, at the age of 16.

He soon followed it with the release of ‘Mind of a Menace’ trilogy. Some of his later hits include ‘Untouchables’, ‘No Smoke’ and ‘Outside Today’, each of which charted at different positions on Billboard Hot 100.

As of November 2022, NBA Youngboy’s net worth is roughly $6 Million.

What do you think about NBA Youngboy’s net worth? Leave a comment below.