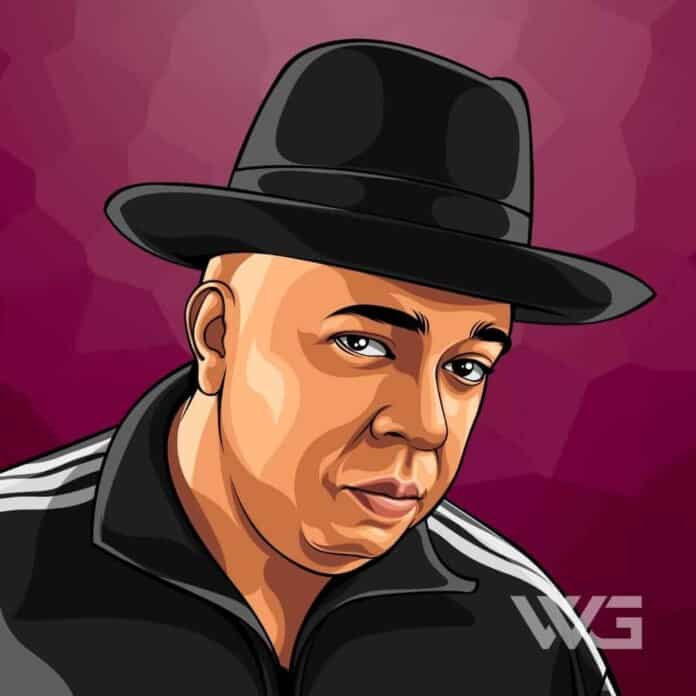 What is Rev Run’s net worth?

Joseph Ward Simmons, better known by his stage name Rev Run, is an American musician, rapper and actor. Simmons is one of the founding members of the popular hip hop group Run-D.M.C.

He is a practicing minister, known as Reverend Run. Simmons is one of the founders of the MTV reality show ‘Run’s House’.

Joseph Ward Simmons, AKA Rev Run, was born in Queens, New York on the 14th of November, 1964. Simmons is the younger brother of Russell Simmons and Danny Simmons. Russell is the founder of Def Jam Recordings.

Simmons began his music career in 1978 when he was a deejay for Kurtis Blow, and after that, he began using the nickname DJ Run.

In 1983, the hip-hop group Run-D.M.C signed up with Profile Records. The group hit modest pay dirt with its first single ‘It’s Like That/Sucker MCs’. The song peaked at No. 14 on the R&B charts and helped the group to release their first debut album in 1984.

Their 1985 album, ‘King of Rock’, continued Run-D.M.C’s momentum. However, the group’s big breakthrough came the same year, when they did a rap version of Aerosmith’s smash hit ‘Walk This Way’.

The song was a hit and is still today considered to be one of the most well-known rap songs.

In the late 1980s, Run-D:M:C: broke up temporarily but reconfigured in 1993 to release a new album, Down with the King, before taking another hiatus. In 2000, the group got back together to release Crown Royal which followed up with a tour.

However, in 2002, a tragedy befell the group when Jam Master Jay was shot and killed in his studio in Queens, New York. In 2009, Run-D.M.C was inducted into the Rock and Roll Hall of Fame, just the second rap group to earn the honor.

Here are some of the best highlights of Rev Run’s career:

“If a relationship is over, just remember it was bound to happen, keep moving! There are no perfect endings!” – Rev Run

“Hating on others is useless… It won’t make you jump higher run faster, you get no trophy and it doesn’t increase your funds.” – Rev Run

“Striving for success without hard work is like looking for fruit in places that you didn’t plant seeds, Useless!” – Rev Run

“I went into it not so much for fame, I went into the show, it was my ministry. I told my family that from the beginning, we will show our family on television but we will teach. Each show had a lesson. And it was the truth. I was always teaching a lesson in my house anyway, and at the end of every show I’d do a word of wisdom from my bathtub and that’s what I was doing anyway.” – Rev Run

Now that you know all about Rev Run’s net worth, and how he achieved success; let’s take a look at some of the lessons we can learn from him:

How do you recover from an extraordinary loss?

Take stock of the loved ones around you. Hug them, love them, and cherish them. When you appreciate the joys in your life, it makes sorrow that much easier to swallow. Every day is a new day. Hope floats, so let it rise. God is love.

The good thing about love is that nobody can stop you from loving them, you always make your own decisions.

Don’t be so concerned about the size of your next step. The direction is what matters! The direction will guide your way into success.

How much is Rev Run worth?

Rev Run’s net worth is estimated to be $60 Million.

How old is Rev Run?

How tall is Rev Run?

Rev Run is one of the most respected rappers from hip-hop’s golden age who broke out on his own in the mid-2000’s.

There’s no doubt that he forever will remain as a popular hip-hop icon. The hip-hop group Run-D.M.C. is considered to be one of the greatest hip-hop group in the history.

As of February 2023, Rev Run’s net worth is approximately $60 Million, making him one of the wealthiest rapper in the world.

What do you think about Rev Run’s net worth? Leave a comment below.