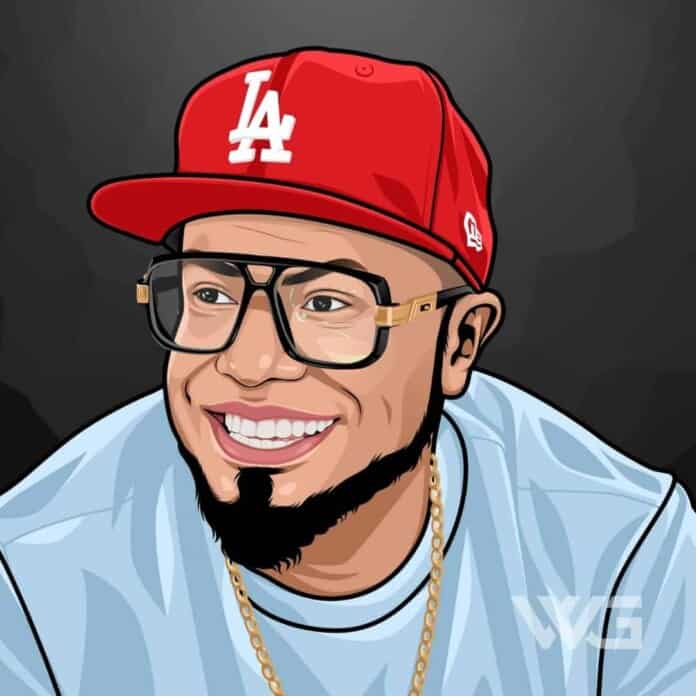 What is Philip Lawrence’s net worth?

Philip Lawrence is an American songwriter, entrepreneur, and record producer.

Lawrence is best known for his work with the songwriting team, The Smeezingtons, alongside Bruno Mars. He has won eight Grammy Awards for his work.

His latest recording project, ’24K Magic’, won at the Grammys in the category “Album of the Year.”

Philip Martin Lawrence was born on the 17th of July, 1980, in Indiana.

Lawrence is the son of Philip and Cheryl Lawrence. He started performing when he was 4 years old, and he started songs when he was a teenager. He attended Reitz Memorial High School. In college, he started taking songwriting seriously.

In California, Lawrence worked several jobs as he attempted to break through as a songwriter. He began establishing himself and building his musical network. He met Bruno Mars, and they began composing music.

Lawrence and Mars began working together, writing songs for themselves and other artists.

Their first songwriting project was the song ‘Long Distance’ by Brandy. Afterward, they co-wrote Flo Rida‘s ‘Right Round,’ which proved to be their breakout project. Not long after gaining their foothold in the music industry, they partnered with Ari Levine to form, The Smeezingtons.

Between 2009 to 2015, The Smeezingtons were responsible for more than 16 gold and platinum records. Over the course of the next 6 years, the team wrote and produced chart-topping hits for many musicians such as Flo Rida, Matisyahu, B.o.B., CeeLo Green, Snoop Dogg, Wiz Khalifa, Adam Lambert, Adele, and others.

Their first album, ‘Doo-Wops & Hooligans’ was the group’s first introduction to the public. The album was written and produced by The Smeezingtons.

For Bruno Mars’ second album, ‘Unorthodox Jukebox,’ The Smeezingtons once again handled the songwriting and production. In 2018, Lawrence left the 24K Magic World Tour due to an injury.

He is married to dancer, stylist, and fashion designer, Urbana Chapa Lawrence. He has credits his wife as the inspiration for many of the songs he has written.

How Does Philip Lawrence Spend His Money?

Lawrence owns a $2.8 million home in Encino, California. He purchased the home in 2014.

Here are some of the best highlights of Philip Lawrence’s career:

“I first got a call from a producer we were both working with in late 2006, and he said, “I got this kid who’s phenomenally talented, and he’s signed to Universal Records, but I think they’re going to drop him because they don’t know what to do with him. He’s great, but he needs a writer to help get his ideas out.” – Philip Lawrence

“The one thing I always found to be my saving grace, even when I was struggling and broke and young the idea of leaving LA was our friendship, and family members who were supportive. I never really felt 100 percent alone, even as broke and destitute as I was.” – Philip Lawrence

“It’s unbelievable. I think it still holds the record for most downloads in a week. We couldn’t believe it, we were just over the moon because it was almost something we had accidentally written in the car one night just hanging out. It was me, Bruno, and our A&R guy Aaron Bay-Schuck.” – Philip Lawrence

“We had just been in the studio writing as much as we could the couple years before we got signed. It happened quickly because we got signed and “Nothing on You” came out and was a huge hit, then “Billionaire” came out which was also a hit.” – Philip Lawrence

“I think Bruno and I are both huge fans of older music, like Billy Joel and Elton John. We always loved those moments where you can sit at the piano and emote. Those intimate moments when an artist is so naked and vulnerable.” – Philip Lawrence

Now that you know all about Philip Lawrence’s net worth and how he achieved success; let’s take a look at some of the lessons we can learn from him:

It’s not the length of life but the depth of life.

It’s easy to be different but difficult to be better. Be better for yourself, and prove people wrong. By being the best you, you can actually change the world and pursue your dreams and goals.

Don’t wait because the time will never be just right. Be present, and use the time that you have to pursue something great in life. We can’t go back in time, so use it while you can. Don’t wait.

How much is Philip Lawrence worth?

Philip Lawrence’s net worth is estimated to be $50 Million.

How old is Philip Lawrence?

How tall is Philip Lawrence?

Philip Lawrence is an American songwriter, record producer, and entrepreneur. Lawrence is best known for working with Bruno Mars and the writing team, The Smeezingtons.

His co-writing credits with Bruno Mars include ‘Billionaire,’ ‘Locked Out of Heaven,’ ’24k Magic’, and ‘Upton Funk’. He has won multiple Grammy Awards, including for the Bruno Mars album ’24K Magic’.

He was nominated for “Producer of the Year” at the Grammy Awards in 2010.

What do you think about Philip Lawrence’s net worth? Leave a comment below.