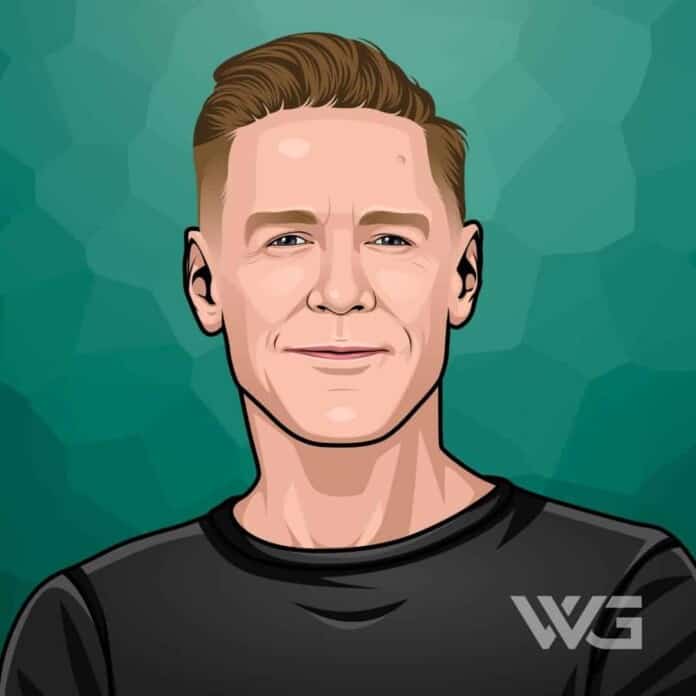 What is Bryan Adams’ net worth?

Bryan Adams is a Canadian guitarist, singer, and philanthropist.

Adams has sold over 100 million records worldwide. Adams was the most played artist on Canadian radio in the 2010s, and he has had 25 top-15 singles in Canada and a dozen or more in the US, UK, and Australia.

Bryan Guy Adams was born on the 5th of November 1959 in Kingston, Canada.

He is the son of Elizabeth Jane and Captain Conrad J. Adams, who emigrated to Canada from Plymouth, England, in the 1950s.

Adams traveled with his parents to diplomatic postings in Lisbon, Portugal, where he attended the American International School of Lisbon and Vienna, Austria.

In 1978, Adams signed to the A&M record and dropped his self-titled album, including many singles that experienced popular success in Canada. In 1981, he then released his second album ‘You Want It You Got It.’

He released his breakout album ‘Cuts Like a Knife’ in 10983. The following year, he released the album ‘Reckless’ which peaked at number one on both the Canadian Album Chart and the U.S. Billboard 200.

In 1987, Adams released his next album ‘Into the Fire’. His success continued into the 1990s, releasing the album ‘Waking Up the Neighbours’ in 1991, which was certified Diamond in Canada and quadruple platinum in the United States.

In addition to working on his own music, he has written and produced songs and albums for several other musicians, working with Rod Stewart, Sting, and Eric Clapton, among many others.

How Does Bryan Adams Spend His Money?

Bryan Adams spends some of his money on charity work and real estate.

Adams is involved in several humanitarian causes, most done through his own foundation, the Bryan Adams Foundation.

He has also used his musical talents for humanitarian purposes, participating in Live Aid in 1985 and the Amnesty International tour in 1986.

Adams own a stunning home in Paris.

Here are some of the best highlights of Bryan Adams’ career:

“I always knew I’d be in music in some capacity. I didn’t know if I’d be successful at it, but I knew I’d be doing something in it. Maybe get a job in a record store. Maybe even play in a band. I never got into this to be a star.” – Bryan Adams

“The thing that was most interesting to me was getting my first prints back from the printer and realizing photography doesn’t end with the click of a button. It starts there. Printing is so exciting.” – Bryan Adams

“Very sad to hear about the passing of Nelson Mandela. He was a true inspiration for human rights and equality for South Africa and why apartheid no longer exists there. The world will never forget his capacity for forgiveness and magnanimity. RIP” – Bryan Adams

“Can you lay your life down, so a stranger can live? Can you take what you need but take less than you give? Could you close every day, without the glory and fame? Could you hold your head high, when no-one knows your name?” – Bryan Adams

“I never took a grant or borrowed a penny from anybody. It was partially because I didn’t really know how to do that, but secondly, my pride never would have allowed me to. In the beginning, it was about doing it the right way, on the merits of the music.” – Bryan Adams

Now that you know all about Bryan Adams’ net worth and how he achieved success; let’s take a look at some of the lessons we can learn from him:

Trying to manage diabetes is hard because if you don’t, there are consequences you’ll have to deal with later in life.

Social media is a giant distraction to the ultimate aim, which is honing your craft as a songwriter. Some people are exceptional at it, however, and if you can do both things, then that’s fantastic, but if you are a writer, the time is better spent on a clever lyric than a clever tweet.

There’s not an instruction manual on dealing with success, so you have to rely on having great friends and a good team.

How much is Bryan Adams worth?

Bryan Adams’ net worth is estimated to be $75 Million.

How old is Bryan Adams?

How tall is Bryan Adams?

Bryan Adams is a Canadian singer, songwriter, and producer.

Adams has sold more than 100 million records worldwide over a multi-decade career. He is one of the world’s best-selling music artists and the best-selling Canadian rock artist of all time.

From his early childhood, he started displaying his talent in music. As a teenager, he was so passionate about music that he worked as a dishwasher.

What do you think about Bryan Adams’ net worth? Leave a comment below.

Tristan Tate may not be the more known of the Tate Brothers, but he's been in the limelight since the early 2010s and has become a millionaire in the process.

Kamaru Usman was once a successful small-time college wrestler who became a UFC champion and one of the richest stars in mixed martial arts.