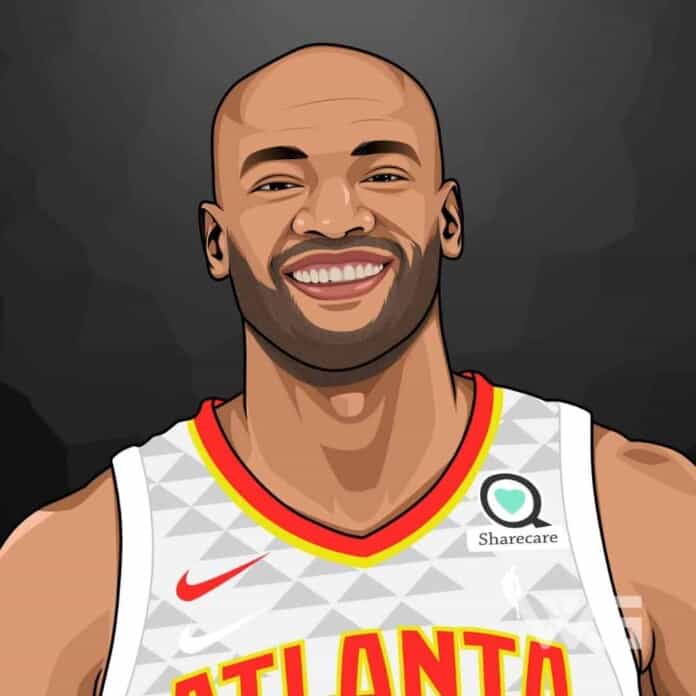 What is Vince Carter’s net worth?

Vince Carter is an American professional basketball player for the Atlanta Hawks of the NBA.

Vincent Lamar Carter was born on the 26th of January, 1977, in Florida.

Carter is the son of Vince and Michelle Carter. His parents divorced when he was only seven years old, following which his mother, a school teacher, remarried Harry Robinson, also a school teacher.

Young Carter was equally talented in music and sports and was encouraged by his mother and stepfather to pursue both to have a well-rounded upbringing.

In 1998, Carter was the fifth-overall draft picked by the Golden State Warriors but was traded to the Toronto Raptors where he earned the ‘NBA Rookie of the Year Award’ with 18.3 points average.

He reached a new career-high with 27.6 points in the 2000-01 season and helped his team win their first-ever playoff series, advancing to Eastern Conference Semifinals, banking on a record 47 wins. He signed a six-year contract extension in 2001 but missed the final 22 games of the 2001-02 season due to injury.

After Charles Barkley, Carter became the second player to register over 40 points, rebounds, five steals, and five assists following the match against Denver Nuggets in December 2001.

In 2017, at the age of 40, he made the NBA record of hitting six triples in one game. He moved to Sacramento Kings with a one year deal in July 2017, and in August 2017, was named the Most Influential Veteran by the NBA Players Association at the Players Voice Awards.

Here are some of the best highlights of Vince Carter’s career:

“There’s not a thing that any of you guys can say bad about me that would hurt my feelings… I’m not coming at you, what I’m saying is that I’m willing to take that heat for my team, if we’re playing well or if we’re not playing well.” – Vince Carter

“I don’t care how I got here. In the books, when you look at it 10 or 20 years from now, it’s not going say how he got here, it’s going to say he’s here and he represented the team.” – Vince Carter

“Teams tend to double off him sometimes and leave him open. He’s shooting with confidence. If he plays with aggression, it puts a lot of pressure on some big men. And if he attacks shot-blockers, it helps us get in the lane a little easier.” – Vince Carter

“It’s always fun; it’s not like it hurts my feelings or anything; that’s just the way it is… It’s just basketball at its finest. I enjoy it and take it all in stride.” – Vince Carter

Now that you know all about Vince Carter’s net worth and how he achieved success; let’s take a look at some of the strongest lessons we can learn from him:

Don’t let the fear of losing be greater than the excitement of winning. Win over your fear.

How much is Vince Carter worth?

Vince Carter’s net worth is estimated to be $110 Million.

How old is Vince Carter?

How tall is Vince Carter?

Vince Carter is an American professional basketball player selected as the fifth overall pick in the 1998 NBA draft by the Golden State Warriors.

He has been named to the NBA All-Star team for a record eight times. Known for his exceptional dunking skills, he has earned nicknames like ‘Vinsanity,’ ‘Air Canada,’ and ‘Half-Man, Half-Amazing.’

As of December 2022, Vince Carter’s net worth is estimated to be roughly $110 Million.

What do you think about Vince Carter’s net worth? Leave a comment below.