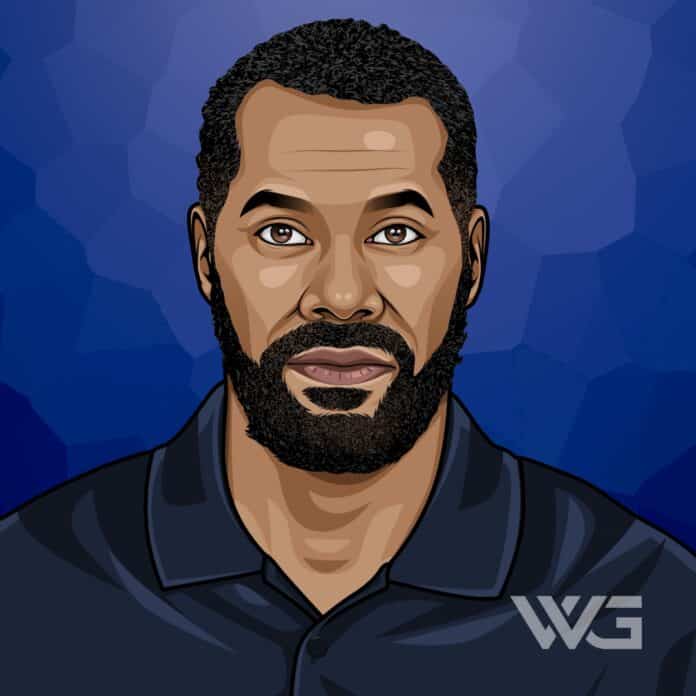 What is Rasheed Wallace’s net worth?

Rasheed Abdul Wallace is a former professional basketball player and current coach who started his NBA career in 1995.

While he was originally drafted by the Washington Bullets, Wallace played for six different teams before retiring.

Despite leaving the court in 2013, he started his coaching career the same year and now works with the Memphis Tigers men’s basketball team.

As of February 2023, Rasheed Wallace’s net worth is estimated to be $75 Million.

At Simon Gratz High School, Rasheed was named USA Today’s High School Player of the Year, and after his senior season, he was named First-Team All-American by the Basketball Times.

He started his college career at the University of North Carolina, where he continued to make a name for himself on the court.

During his second season with North Carolina, he was named a second-team All-American, and he helped lead his team to the NCAA Final Four in 1995.

However, the same year, he left North Carolina to enter the NBA draft, where he was selected by the Washington Bullets.

Rasheed Wallace started his professional basketball playing career in 1995 with the Washington Bullets, who he played one season with.

In 1996, he was traded to the Portland Trail Blazers, who he would play with until 2004, and during his time with Portland, Wallance was named an NBA All-Star twice.

Wallace was traded to the Detroit Pistons in 2004, and he recorded 26 points, 13 rebounds, and two assists during the NBA Finals in his first season with them.

He continued to exceed expectations on the court, earning another NBA All-Star appearance.

However, in 2009 he was traded again, this time to the Boston Celtics, where he would stay for only a single season before retiring.

Rasheed came out of retirement to play for the New York Knicks in 2012, though he ended up injuring his foot early in the season.

While he briefly returned to the court, he ultimately announced his resignation by the end of 2013.

Although Rasheed Wallace isn’t among the richest NBA players in the world, he has certainly earned a notable fortune.

Since starting his career in the NBA, Wallance has signed many substantial contracts that have helped bolster his wealth.

While he hasn’t made as much as Michael Jordan, Rasheed Wallace has certainly secured a decent amount of wealth for himself.

Rasheed Wallace has three children with his wife, Fatima Sanders.

In his personal life, he is a follower of Islam and has also been one of the biggest advocates during the Flint water crisis.

During the summer of 2016, Rasheed personally handed out water to residents in Flint, Michigan, and wrote a letter to the Players Tribune to help raise awareness.

On social media, he can be found on his official Instagram account, where he posts about basketball and his personal interests.

Rasheed Wallace has earned many awards and honors during his professional basketball career.

While all of his achievements have been significant, some of his accolades stand out more than others.

Here are some of Rasheed Wallace’s greatest career accomplishments:

Like Dwyane Wade, Rasheed Wallace has won many impressive awards and honors during his professional basketball career.

While these are only a few of the many accolades and achievements that he has earned, they are by far the most important.

How Does Rasheed Wallace Spend His Money?

Rasheed Wallace has owned a number of expensive mansions in some of the most expensive cities in the US. However, some have been remarkably impressive.

In 1999, Wallace purchased a historic mansion for $3.1 million that was originally built in 1924.

This Tudor-style mansion is listed on the National Register of Historic Places, and it sits on two acres with a pool, sports court, guest house, Koi pond, and five-car garage.

Wallace put this home up for sale in 2018 for $3 million, though there has been no word of any buyers.

Although we don’t know where Wallace has since moved to, we can safely assume that it is similarly impressive.

Rasheed Wallace’s career has been filled with memorable moments.

However, some of his milestones have stood out over the rest for their impact on his fame and fortune.

Here are some of the best highlights of Rasheed Wallace’s career:

Rasheed Wallace, having played for some of the richest NBA teams during his career, has earned much renown for his skills on the court.

Although these are only a few of his most significant milestones, they are the ones that have had the largest effect on his career.

Rasheed Wallace achieved a lot during his career in the NBA, and he has never lost his motivation to succeed.

While his skills alone were impressive, he also knew the value of teamwork and talked often about its importance.

Here are our favorite quotes from Rasheed Wallace:

There is a lot that we can learn from Rasheed Wallace and his impressive career as a professional basketball player.

Now that you know all about Rasheed Wallace’s net worth, we can take a closer look at what he can teach us about reaching our own goals.

Here are some of the best success lessons to learn from Rasheed Wallace:

1. Don’t Give Up When The Going Gets Tough

Everyone is going to experience difficult periods in their careers, but you can’t let them slow you down.

When the going gets tough, push your limits and keep working hard so that you can make a difference.

2. Ask For Help When You Need It

No matter who you are, you can’t do everything on your own.

Don’t let your pride get in the way of asking for help when you need it because it will only benefit you in the long run.

3. Speak Up When You Need To

If you have a good idea or feel that you aren’t being treated fairly, don’t hesitate to speak your mind.

You should never be afraid to advocate for yourself, because otherwise, you’ll never be able to get ahead.

Rasheed Wallace left his mark in the NBA and earned a substantial net worth during his career.

While he retired in 2013, he has continued to coach a new generation of players at the University of Memphis.

Make sure you check back often so that you don’t miss any updates on Wallace’s wealth and coaching career.

As of February 2023, Rasheed Wallace’s net worth is estimated to be $75 Million.

What do you think about Rasheed Wallace’s net worth? Leave a comment below.