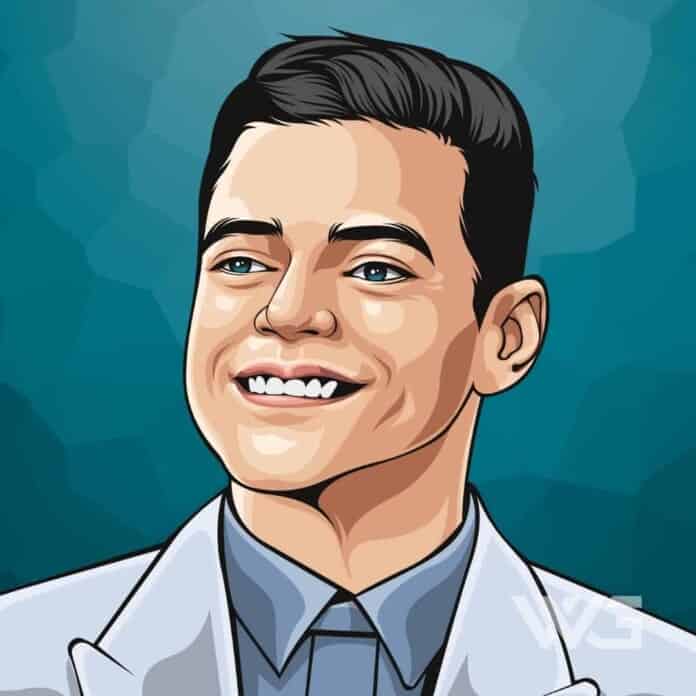 What is Rami Malek’s net worth?

Rami Malek is an American actor from Los Angeles. His breakthrough role was as a computer hacker, Elliot Alderson, in the USA Network television series ‘Mr. Robot’ for which he received several accolades, including the 2016 Primetime Emmy Award for Outstanding Lead Actor in a Drama Series.

As of November 2022, Rami Malek’s net worth is approximately $20 Million.

Rami Said Malek was born on the 12th of May, 1981, in Los Angeles. His parents were Egyptian immigrants. His father was a tour guide in Cairo, who later became an insurance agent.

Malek was seen in ‘The Twilight Saga: Breaking Dawn- Part 2’ in 2012. The film, which was the final installment of the Twilight Saga film series, was a huge success commercially.

In 2015, he began playing the lead role in the drama thriller TV series ‘Mr. Robot’. He portrayed Elliot Alderson, an engineer and hacker, who gets recruited by Mr. Robot, an insurrectionary anarchist. Malek’s role was appreciated and it won him an Emmy Award.

Malek portrayed singer Freddie Mercury in ‘Bohemian Rhapsody in 2018,’ for which he won several awards, including the ‘Academy Award’ for best actor.

Here are some of the best highlights of Rami Malek’s career:

“Everything has become so easy. It’s great that it’s at your fingertips, but I miss those good old days. And we’re connected, but it can be very alienating. There is this distance between all of us because we’re speaking to each other through cameras and monitors and icons and Emojis.” – Rami Malek

“I usually find myself hiking in a place that not a lot of people go hiking, just trying to find some solitude. I like being out in the middle of nowhere. Not always, but it’s a good place to go to just reflect and think, and it’s something I really enjoy.” – Rami Malek

“I always loved Hanks in ‘Philadelphia’ and ‘Forrest Gump’ and watching how versatile he was. That shaped my impression of what someone was able to do. Of course, everything De Niro came up with was always something I was taken by.” – Rami Malek

“It’s funny to think that when you get done with an acting job, you’re considered unemployed. There are definitely times when those checks don’t last forever. I went to college at a private school, and I racked up quite a bit of debt. I was very slow to pay them back.” – Rami Malek

Now that you know all about Rami Malek’s net worth, and how he achieved success; let’s take a look at some of the lessons we can learn from him:

Knowledge is power and peace.

If you don’t use it, you lose it. When you have a talent, pursue it, work on it and improve your skill level.

You may think that you are always right, but you’re not always right. The faster you learn that, the happier you will be because people will stop avoiding you.

How much is Rami Malek worth?

Rami Malek’s net worth is estimated to be $20 Million.

How old is Rami Malek?

How tall is Rami Malek?

Rami Malek is an incredible actor. His first important work on TV was a recurring role in the American sitcom ‘The War at Home’. He became best known for his lead role in the drama thriller series ‘Mr. Robot’, which has earned much critical acclaim.

As of November 2022, Rami Malek’s net worth is approximately $20 Million.

What do you think about Rami Malek’s net worth? Leave a comment below.

What is Stipe Miocic's net worth? Introduction  As of ,...