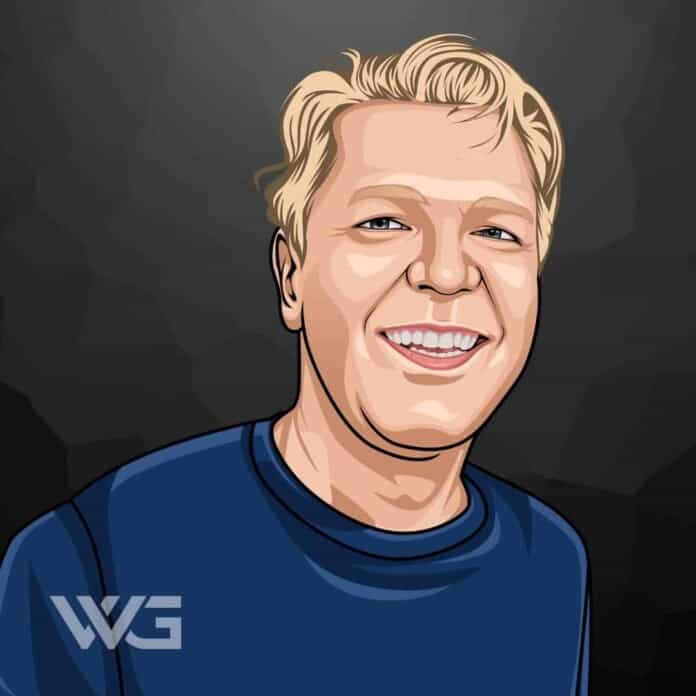 What is John Digweed’s net worth?

Thomas John Digweed began DJing at 15 and has risen to become one of the most wealthy English DJs.

Along with cultivating a successful solo act, Digweed has collaborated with numerous other artists and released countless compilation albums.

While he may not be the absolute richest DJ in the world, John Digweed is undoubtedly one of the most well-known and successful.

As of February 2023, John Digweed’s net worth is estimated to be $48 Million.

Thomas John Digweed was born in 1967 in Hastings, a seaside town in East Sussex along the south coast of England.

Digweed credits growing up here with fostering his creativity, and he began DJing at the age of 15, eventually becoming famous for his raves on Hastings Pier.

However, his big break came when he sent a demo of his mixtape to Renaissance nightclub founder Geoff Oakes, who played it for Alexander Coe, better known as DJ Sasha, who quickly struck up a friendship with the young British DJ.

During his partnership with Sasha, John Digweed was known for promoting progressive house music and producing the first nightclub commercial compilation, Renaissance: The Mix Collection.

This Renaissance CD marked the first time a compilation CD had been professionally circulated since they had only been released by amateurs previously.

Following this, Digweed and Sasha released Northern Exposure, which is often considered one of the most influential electronic music LPs in history.

To further promote his music, John Digweed started his record label, Bedrock Records, with his friend Nick Muir, who together created the track “For What You Dream Of,” which was used in the critically acclaimed film, Trainspotting.

Between 2000 and 2005, Digweed split his time between playing sets at Heaven in London and at the smaller nightclub, The Beach, in Brighton.

In 2002, John Digweed, along with Sasha and Belgian DJ Jimmy Van V, went on a six-week tour in the United States, which Clear Channel promoted.

At the same time, John Digweed was also hosting a weekly two-hour radio segment on Kiss 100 in the UK, where he played an hour of music before letting a guest DJ play the second.

This hosting gig lasted from 2000 to 2011 on Kiss 100, then transitioned to an online broadcast that celebrated its 800th episode in 2019 and is still going strong today.

As a trance DJ and record producer, John Digweed didn’t earn his net worth overnight but worked hard on many different projects and collaborations to accumulate the wealth he has now.

While a percentage of his money comes from album sales, streaming, and touring, Digweed also makes a significant amount of money from his record label and producing skills.

Bedrock Records is consistently working with new artists, many of which Digweed promotes on the label’s Instagram and YouTube accounts.

John Digweed is still working as hard as ever, and it’s likely we will see his net worth continue to increase in the future.

Although John Digweed is very public about his DJ and producing work, he keeps his personal life under lock and key, using his official Instagram to post mainly about his work.

It is currently unknown if Digweed is married, dating, or single, and the same can be said for whether or not he has any children.

We do know that he still lives in the UK and that he describes his home as being “calm and quiet,” but aside from that, he hasn’t offered any other details.

While he is one of the richest DJs in the world, unlike Calvin Harris or DJ Khaled, he certainly isn’t one to flaunt his wealth.

As an iconic record producer and DJ, John Digweed has enjoyed a lot of success.

Although he has never won a Grammy, he has hit numerous important milestones that are significant in his own right.

Here are some highlights from John Digweed’s career:

How Does John Digweed Spend His Money?

Unlike some of the top rappers who became successful entrepreneurs, John Digweed spends his money very discreetly, even admitting in a 2020 interview with Billboard that his studio setup is “very basic,” unlike his collaborator Nick Muir.

Although we can say for sure that he definitely isn’t struggling to maintain a comfortable lifestyle, Digweed is certainly much more low-key in his luxurious tastes.

Though, we could definitely see him splurging on some of the most expensive vinyl records ever sold since the medium means so much to him.

John Digweed has reached many milestones in his career, but some are more significant than others.

Here are some of the best highlights of John Digweed’s career:

John Digweed may have made his net worth spinning tracks and remixing songs, but he also has many great noteworthy quotes.

Here are our favorite quotes from John Digweed:

Now that you know all about John Digweed’s net worth and how he earned his impressive net worth, we can look at how he can teach us to reach our own success.

While you may not be striving to become a famous DJ, there are still many great lessons to learn from this artist.

Here are some of the best success lessons to learn from John Digweed:

1. Pursue What You Love

John Digweed knew from a young age that he wanted to become a DJ, and that dream led him to pursue this goal tirelessly.

While not everyone is in a position to jump into doing the thing they’re most passionate about, it’s important not to give up on your dreams and keep them in mind, even if you can’t give them your full attention right now.

Collaboration is essential to John Digweed, and without his work alongside Sasha and Nick Muir, it is likely he wouldn’t have become as successful as he is now.

Collaborating with others can be incredibly important to becoming successful, and it can open a lot of doors and introduce you to valuable connections that you wouldn’t have made before.

Even though many up-and-coming DJs would love to have John Digweed’s net worth, this wealthy DJ has stayed remarkably humble throughout his career.

While it may feel good to flaunt your successes, humility is vital for keeping yourself grounded and reminding you that owning the most expensive cars in the world isn’t necessarily the best indicator of overall success.

British DJ John Digweed is a legend in the progressive house music industry, and he has an impressive net worth to prove just how successful he’s been throughout his career.

While he may not flaunt his extreme wealth, there is no doubt that this DJ is living his absolute best life.

As of February 2023, John Digweed’s net worth is estimated to be $48 Million.

What do you think about John Digweed’s net worth? Leave a comment below.