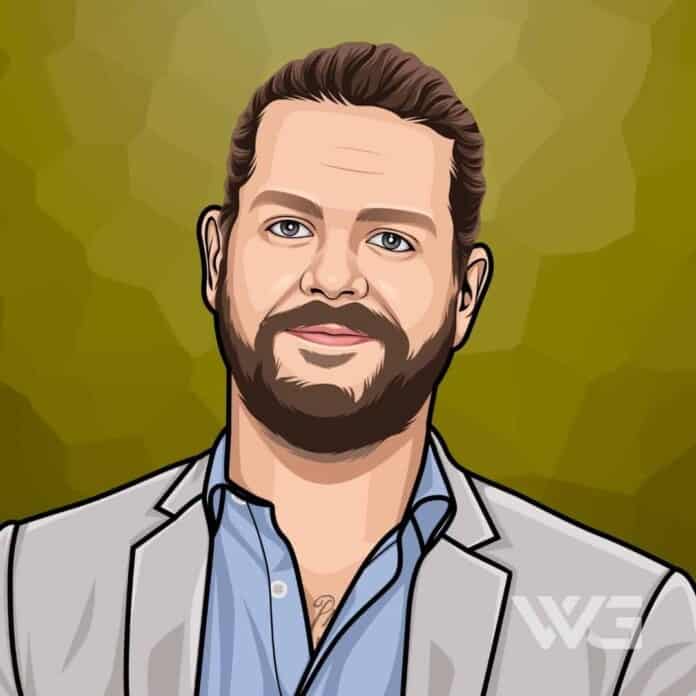 What is Jack Osbourne’s net worth?

Osbourne is the son of heavy metal singer Ozzy Osbourne.

He rose to fame after starred on MTV’s reality series ‘The Osbournes’ and his father, mother, and sister. Since then, he has pursued a career as a fitness and travel reporter. In 2016, he and his father traveled the world in the History Channel reality series ‘Ozzy & Jack’s World Detour.’

Jack Joseph Osbourne was born on the 8th of November, 1985, in London, England. His father is the heavy metal singer Ozzy Osbourne, and his mother is Sharon Osbourne.

Osbourne was raised in Buckinghamshire, England, until age 6, when the family moved to Los Angeles, California. The family later returned to Buckinghamshire until he was 11 years old. Osbourne was diagnosed with dyslexia and severe ADHD. He enrolled at the special needs Park Century School.

In 2002, Osbourne rose to fame when he began appearing in his family reality television show ‘The Osbournes’. The show aired on MTV and became very popular. The series won an Emmy Award the same year.

His increased visibility and fame helped him land many other projects, including an appearance in the film ‘Austin Powers: Goldmember’. He had a recurring role on season six of the show ‘Dawson Creek’ from 2002 to 2003.

In 2003, after his rehab release, he landed his own reality show called ‘Union Jack.’ He then appeared in the show ‘Extreme Celebrity Detox’ before landing his own show ‘Jack Osbourne: Adrenaline Junkie.’ On “Adrenaline Junkie,” Osbourne set the goal of wanting to climb El Capitan.

He has also worked behind the camera in production. In 2011, he made and produced a documentary about his father titled ‘God Bless Ozzy Osbourne.’

Other projects that Osbourne has been working on include ‘Armed & Famous,’ ‘Saving Planet Earth,’ ‘Haunted Highway’ and the travel series ‘Ozzy and Jack’s World Detour.’ In 2013, he was the third-place contestant on the show ‘Dancing with the Stars.’

How Does Jack Osbourne Spend His Money?

Jack Osbourne has a nice collection of cars in his garage. Throughout his career as a reality star, he has helped out different charities.

Osbourne owns many lavish cars, and his collection includes a Ferrari California, an Aston Martin DBS, a Tesla Model S, and an Audi Q7.

Here are some of the best highlights of Jack Osbourne’s career:

“Diet is a big thing. I am a firm believer in you what you eat. I try and stick to a Paleo Diet. At its core, I look at MS as inflammation, so I try and eliminate foods that cause inflammation: dairy, gluten, grains.” – Jack Osbourne

“If I have a problem, stuff’s going through my head, I feel like using, I usually go and talk to my dad… I decided to get sober a lot younger than he did. He first tried to get sober when he was like 32, I believe.” – Jack Osbourne

“There’s people outside our house; you get followed by photographers; you can’t go out and have a cup of coffee with a friend without someone coming up to you.” – Jack Osbourne

“I’m totally grateful for the fans my family has, and I have; they gave me a lot of support when I was in treatment. But it was just odd, you know? It’s stressful. Just the whole fact of being someone in the public eye.” – Jack Osbourne

“I go to a meeting every day, and I surround myself with people who don’t use. I recently got back from Ozzfest, and I caught myself in kind of a sticky situation where I was around a lot of people using, drinking, and it was kind of – I didn’t have the urge to use once, but I just knew I shouldn’t have been there.” – Jack Osbourne

“Dad was just an emotional wreck. He was drinking a lot of the time. He was smoking a lot of pot. And because he takes certain medications, the drinking was making him… you know, he wasn’t even present, really.” – Jack Osbourne

Now that you know all about Jack Osbourne’s net worth and how he achieved success; let’s take a look at some of the lessons we can learn from him:

Sometimes you don’t realize your own strength until you come face to face with your greatest weakness.

3. Be Kind To Yourself

Or motivate yourself. Whatever has to be done, it’s always your choice.

How much is Jack Osbourne worth?

Jack Osbourne’s net worth is estimated to be $15 Million.

How old is Jack Osbourne?

How tall is Jack Osbourne?

Jack Osbourne is an English media personality who is best known for his appearance on the series ‘The Osbournes’ with his family. He is the son of musician Ozzy Osbourne and manager Sharon Osbourne.

Osbourne has also starred with his father in the American reality show ‘Ozzy & Jack’s World Detour’. As a fitness and travel reporter, he has presented shows like ‘Jack Osbourne: Adrenaline Junkie’ and ‘Saving Planet Earth.’

What do you think about Jack Osbourne’s net worth? Leave a comment below.