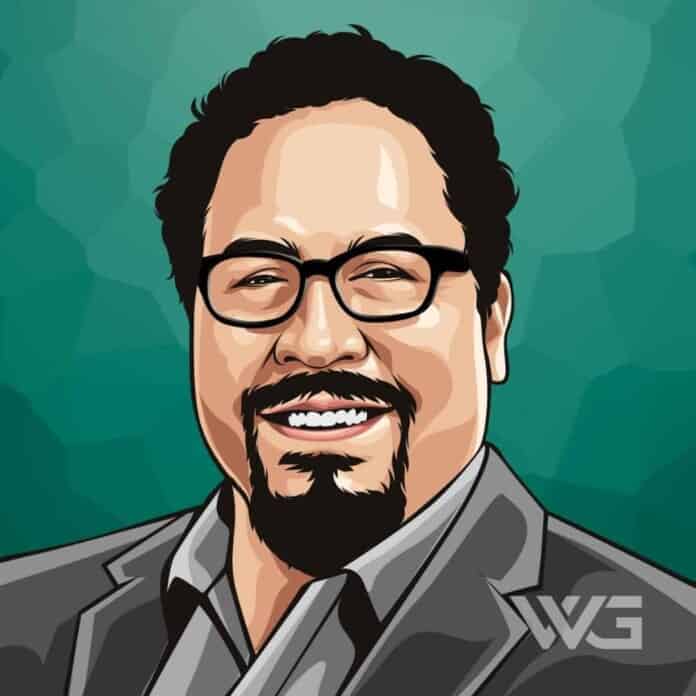 What is Jon Favreau’s net worth?

Jonathan “Jon” Favreau is an American actor, director, producer, and screenwriter from Queens.

Favreau has starred in the films ‘Rudy’, ‘Swingers’, ‘Very Bad Things’, ‘The Replacements’, ‘Daredevil’, ‘The Break-Up’, ‘Couples Retreat’, and ‘Chef’.

Jonathan Kolia Favreau was born on the 19th of October, 1966, in Queens, New York. His parents Madeleine and Charles Favreau were both teachers. While his mother was of Russian Jewish descent, his father is of Italian and French-Canadian ancestry.

Favreau graduated from ‘The Bronx High School of Science’ in 1984. He later attended ‘Queens College’ for a few years before dropping out.

Favreau made his film debut in 1993 with a role in the biographical sports film ‘Rudy.’ The film was about the life of Daniel Ruettiger, an American motivational speaker and footballer.

Over the next few years, he appeared in several films, such as ‘Mrs. Parker and the Vicious Circle’, ‘Very Bad Things’, and ‘Love & Sex’. He made his directorial debut in 2001 with the film ‘Made.’

In 2010, he directed ‘Iron Man 2,’ the sequel to ‘Iron Man,’ which also was a huge hit. It also earned an ‘Oscar’ nomination for ‘Best Visual Effects.’

He was next seen in films, such as ‘Entourage’, ‘Term Life’, and ‘Spider-Man: Homecoming’. He also directed the 2016 Oscar-winning adventure film ‘The Jungle Book.’

In 2018, he co-executive produced ‘Avengers: Infinity War.’ The 2019 film ‘Avengers: Endgame,’ which was directed by the Russo brothers, was executive-produced by Favreau. He also appeared in ‘Spider-Man: Far From Home.’

Here are some of the best highlights of Jon Favreau’s career:

“When it comes to celebrities and tabloids, to me that is a bummer. That’s a little disappointing. And it is amazing how things really get made.” – Jon Favreau

“I like a naturalism to my dialogue and my comedy. I would rather have a few jokes sail by that might be more subtle than have every single joke hit hard. Even if you’re giving some laughs up for it.” – Jon Favreau

“I think that part of the reason that ‘Iron Man’ was so successful was that we really chose to break new ground in a new area tonally, cast wise, the way we depict the hero, what his abilities are. It felt fresh in a genre that is beginning to feel stale if it’s not done with the proper amount of inspiration and a strong voice or tone.” – Jon Favreau

“When it’s all said and done, it’s all something worthwhile, and I want my movies to reflect that. There are enough things to be sad about. When you pop in a movie, let the message be one that’s one of hope.” – Jon Favreau

Now that you know all about Jon Favreau’s net worth, and how he achieved success; let’s take a look at some of the strongest lessons we can learn from him:

1. Become the Best Version Of Yourself

You make the world a better place by making daily improvements to become the best version of yourself.

Believe in your infinite potential. Your only limitations are those you set upon yourself.

Believe in yourself, your abilities and your own potential. Never let self-doubt hold you captive. You are worthy of all that you dream of and hope for.

Life will break you. Nobody can protect you from that, and living alone won’t either, for solitude will also break you with its yearning. You have to love. You have to feel.

How much is Jon Favreau worth?

Jon Favreau’s net worth is estimated to be $100 Million.

How old is Jon Favreau?

How tall is Jon Favreau?

Jon Favreau is an American actor, director, and producer, known for his acting roles in films like ‘Very Bad Things.’

He is also known for directing films, such as ‘Iron Man’ and ‘The Jungle Book.’ He gained international fame as a director for his work in the superhero film ‘Iron Man.

As of November 2022, Jon Favreau’s net worth is approximately $100 Million.

What do you think about Jon Favreau’s net worth? Leave a comment below.