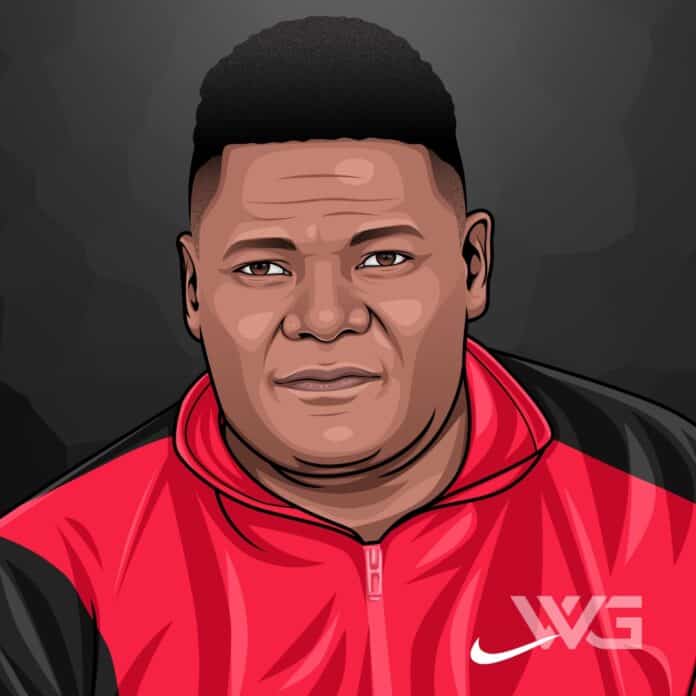 What is Luis Ortiz’s net worth?

Luis Ortiz is a Cuban professional boxer who has made a name for himself as one of the greatest active heavyweight competitors.

Still active in the ring, Ortiz is continuing to grow his fortune with no sign of retiring anytime soon.

As of November 2022, Luis Ortiz’s net worth is estimated to be $8 Million.

Little is known about his life before entering the amateur boxing circuit, and some have even speculated that he used forged documents to appear younger than he really is.

Reportedly, Ortiz began boxing at the age of 10, and his talents allowed him to rise through the ranks until he was accepted by the national team in Cuba.

As a member of the Cuban national team, Ortiz enjoyed numerous victories, including two silver medal wins at the Cuban Championships and one gold.

At the international level, Ortiz took gold at the Panamerican Championships in 2005, and by the time he entered the ring as a professional, he had an amateur record of 343-19.

Luis Ortiz took part in his first professional match against Lamar Davis in February 2010, and he won by technical knockout.

From that match until March 2018, Ortiz remained undefeated until his match against Deontay Wilder.

Before his defeat by Wilder, Ortiz was also involved in a doping case in 2017, which started with him failing a drug test that caused him to pay a $25k fine.

Following his 2018 match with Wilder, Ortiz defeated three more opponents before losing once more in a rematch against Deontay for the WBC heavyweight title in 2019.

Ortiz would win one more match against Alexander Flores before taking a hiatus.

While he didn’t compete at all in 2021, he came back the next year to win one match against Charles Martin before being defeated, this time by Andy Ruiz Jr., in September 2022.

He may not be as wealthy as Juan Manuel Marquez, but Luis Ortiz has done well for himself in the ring.

Although we don’t have the numbers for everything he’s earned in the ring, we do know how much he’s made from some of his biggest fights.

Luis Ortiz may not be one of the richest boxers in the world, but if he continues performing the way he has, he may very well break into that elite bracket.

While not much is known about Luis Ortiz’s personal life, we do know that he is married to his wife Lisdey, and together they have a daughter, Lismercedes, and two more unnamed children.

Ortiz’s daughter has a rare skin condition, and he originally started boxing competitively in order to support her treatment.

Since he likes to stay out of the limelight when not in the ring, Ortiz isn’t personally active on any social media sites.

That said, he can often be seen on the official KingKongBoxing Instagram account, run by his management.

Luis Ortiz has won many matches and titles during his time in the ring, all of which have helped him cement his fame as a heavyweight titan.

While all of his achievements are noteworthy, some stand out more than others due to their significance.

Here are some of the most important awards and titles from Luis Ortiz’s career:

Luis Ortiz may not have yet earned as much renown as Anthony Joshua, but he is well on his way with all of his impressive successes.

How Does Luis Ortiz Spend His Money?

Information about how Luis Ortiz spends his money is virtually non-existent, given that he tends to prefer his privacy.

We know that he lives in Miami with his family, but as for his house and how much she spent on it, that much has been kept under wraps.

Ortiz is also known to spend money on treatment for his daughter, Lismercedes, who was born with a rare skin condition, epidermolysis bullosa, which causes blistering, fragile skin.

Outside of this, Ortiz does very well keeping his personal life and purchases out of the spotlight.

If any information becomes available in the future, we will be sure to keep you updated!

Luis Ortiz has enjoyed a career filled with more high points than lows, and each has helped bolster his fame.

Although he has reached many milestones, some have impacted his career more than others.

Here are some of the best highlights of Luis Ortiz’s career:

While Ortiz has achieved many impressive feats during his career, these have been the most formative overall.

Luis Ortiz hasn’t given many interviews during his time as a professional boxer, but the few he has have given fans insight into his determination and drive.

Even if you aren’t a fan of his in the ring, you must admit that Ortiz’s dedication is inspiring.

Here are our favorite quotes from Luis Ortiz:

We can learn a lot from Luis Ortiz and his impressive career as a professional boxer.

Now that you know all about Luis Ortiz’s net worth, we can take a closer look at what he can teach us about reaching our own goals.

Here are some of the best success lessons to learn from Luis Ortiz:

If you want to become successful, you will have to make some sacrifices to reach your goals.

This may mean giving up non-essential luxuries or spending time away from your family, but regardless, you’ll have to be prepared to make some difficult choices more often than not.

Motivation is vital to becoming successful, and if you don’t have something to push you forward, you’ll end up burning out and falling behind.

Take time to focus on what keeps you going, whether this is a goal or a person, and use that to help you stay on top of your game.

While making sacrifices is necessary, self-care is one thing you should never sacrifice.

You can’t chase your dreams if you’re run down, burned out, and overtired, so make time to relax, stay hydrated, and rest up!

Luis Ortiz has made a name for himself as one of the foremost heavyweight competitors in professional boxing and has earned millions in the ring.

Still going strong, Ortiz is continuing to grow his fortune with no signs of retiring anytime soon.

Make sure you check back often so that you don’t miss any updates impacting Luis Ortiz’s fortune.

As of November 2022, Luis Ortiz’s net worth is estimated to be $8 Million.

What do you think about Luis Ortiz’s net worth? Leave a comment below.