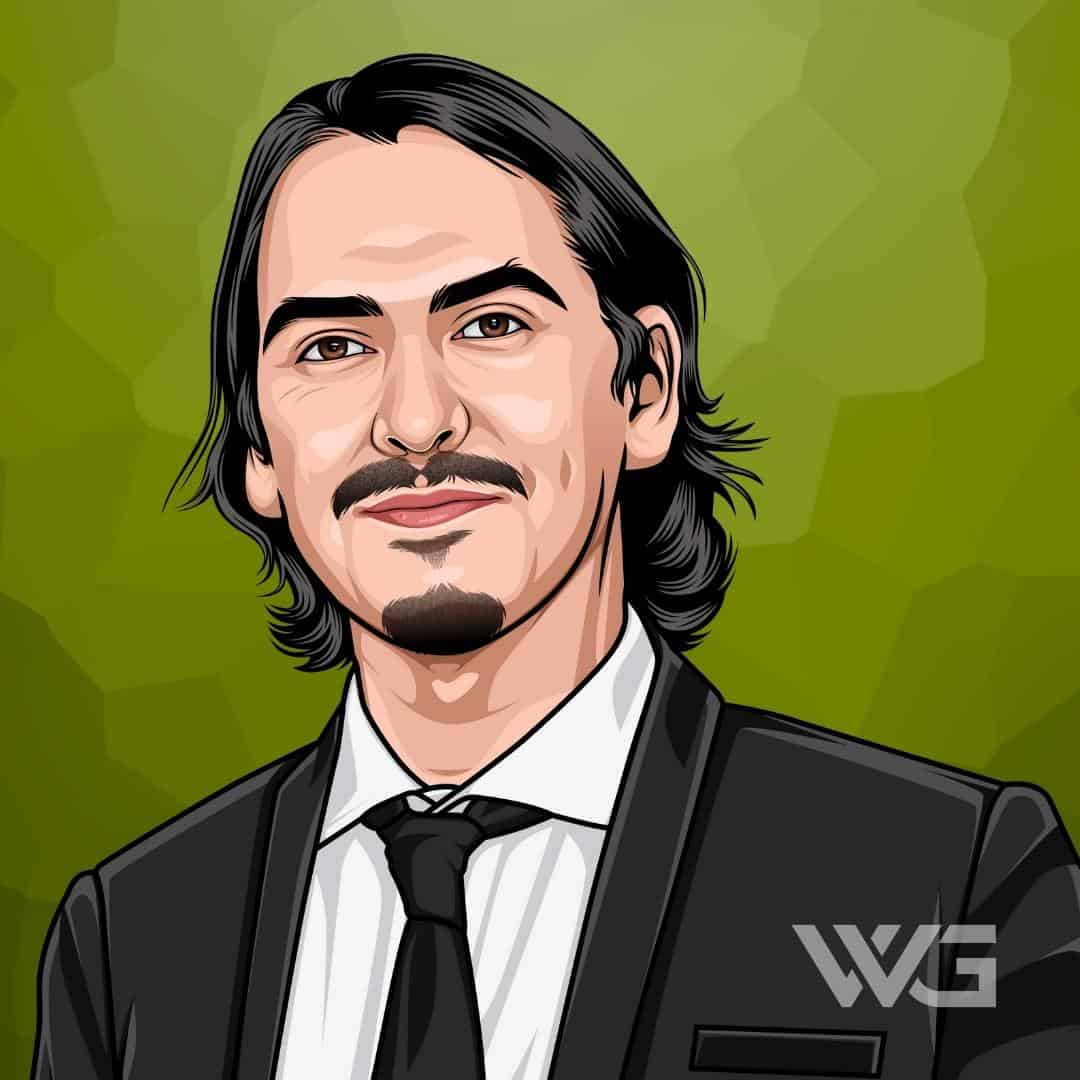 What is Dhani Harrison’s net worth?

The British singer-songwriter Dhani Harrison is the popular son of George Harrison, lead guitarist in “The Beatles”. He came to prominence on the music scene when he assisted in the recording of his father’s final album.

After George’s unfortunate passing, Dhani formed his own band, TheNewNo2. Dhani’s collaborations with a diverse group of musicians have resulted in a mixed bag of music attributed to him.

As of November 2022, Dhani Harrison’s net worth is estimated to be $275 Million.

Dhani Harrison was born on 1 August 1978, in Windsor, Berkshire. His love for music started when he was very young, which is understandable, considering that his father had such a big impact on the music industry.

Dhani can recall practicing the drums with his father’s bandmate, Ringo Starr, at the age of 6 and also credits Eric Clapton, one of the richest rock stars in the world, with inspiring him to improve his guitar playing.

He went on to attend a few different schools during his youth and finally enrolled in the Combined Cadet Force despite his father’s objections.

While attending the Combined Cadet Force, Dhani developed a passion for rowing. He had the dream of becoming an Olympic rower but found himself being drawn more and more into music. This, he claims, is obviously in his DNA.

Dhani is certainly brainy. He attended Brown University, studying industrial design and physics. He ended varsity with a bachelor’s degree hoping to pursue a career in car design at McLaren Automotive.

But, the desire to make music was too great, and he ended up following in his father’s musical footsteps.

With his experience of helping his dad in home recording sessions and after assisting with his father’s final album, Dhani started making a name for himself.

Following George’s death in 2001, Dhani collaborated with Jeff Lynne to complete and release the album, Brainwashed, in 2002.

The album was a huge success, winning a Grammy for “Best Pop Instrumental Performance”.

Dhanis and his new band started recording in 2006, with Thenewno2 releasing their debut album, You Are Here, in August 2008. They went on to release the songs Yomp and Crazy Tuesday to wide acclaim.

A new band, Fistful of Mercy, was formed in February 2010. The band consisted of Dhani Harrison, Ben Harper, and Joseph Arthur. Joseph had met Harrison in a skate park in Santa Monica and he agreed to accompany them.

Dhani dedicated a week-long run of shows to his father. The shows in Conan ended up being a sold-out event.

In true Dhani style, he produced an album and documentary, calling them, The George Fest.

While he worked full-time in the music industry, Dhani spent his spare time getting to grips with film composing.  You can see more of his work on his official Instagram account where he showcases the songs he’s working on.

Along with Paul Hicks, he released the films, Beautiful Creatures and Learning to Drive. The pair also scored the television series, The Divide, and produced music for the series, Good Girls Revolt.

Information involving Dhani Harrison’s finances is kept under wraps, but it is estimated that he earns around $25 million each year.

He is also the recipient of his father’s estate, the extent of which is cause for much debate.

Here is an estimated overview of Dhani Harrison’s income:

Dhani’s income is tied to his prodigious talent as a songwriter and producer. With his history of hard work and willingness to try new genres, we predict that Dhani’s annual salary will continue to increase substantially over the coming years.

Dhani was born with the proverbial silver spoon in his mouth, thanks to the success of the Beatles. He inherited an undisclosed amount from his father in 2001 and will undoubtedly be on the receiving end of yet more cash in the future.

However, it doesn’t take away from the fact that his musical talent earns him a tidy sum, greatly contributing to his already prodigious net worth.

Here’s a breakdown of Dhani Harrison’s annual net worth:

Given his musical talent, we expect Dhani’s wealth to greatly increase over the years, as he becomes more well-known for his unique sound.

Unfortunately, the couple’s marriage didn’t last long and they were divorced in 2016 due to irreconcilable differences.

Dhani has since been dating Mereki Beach, whom he met in 2016. There hasn’t been much information released regarding their relationship, as they prefer to lead a private life away from the limelight.

However, Harrison recently revealed that he is currently living in his dad’s old home in Oxfordshire.

Being the son of a famous Beetle band member, Dhani has found it difficult to make a name for himself without being compared by news-hungry journalists.

While his films and albums have been well-received, he’s not reached the musical heights of his father and his awards are meager in comparison.

Here are some memorable moments from Dhani Harrison’s career:

While Danny has not achieved many awards, we’re sure that next few years are sure to find him gracing the winners podium.

How Does Dhani Harrison Spend His Money?

Dhani Harrison is not known for being a big spender, even with the huge amount of his inheritance and the money he’s earned during his career.

He doesn’t splurge on the most expensive cars in the world, preferring to drive more modest, unpretentious vehicles.

His family is hugely into philanthropy, continuing the legacy left by their father.

The Material World Charitable Foundation that George founded in 1973, was established to assist refugees and other individuals with special needs.

The Foundation helped during the Covid epidemic by donating half a million dollars to Covid-19 Relief.

To donate this amount, the foundation launched “The Inner Light Challenge”. This challenge involved viewers sharing a line or verse from “The Beatles”, which would lead to 1 dollar being added to the relief fund per verse or line.

Dhani adored his father despite their differences and worked hard to make his final album a success.

He is also an accomplished guitarist who’s bands have released some popular songs that have received a warm response from critics.

Here are some of the best highlights of Dhani Harrison’s career.

With Dahni’s music career hitting it’ stride, he’s developed a distinctive sound that is sure to find favor with fans and critics alike. We look forward to more of his original work rather than the curated music he’s fond of producing.

Growing up in the shadow of someone as famous as a Beetle makes it difficult to develop normally. It is a testament to Dhani’s upbringing that he is a thoughtful and kind person who has great compassion for people less fortunate than him.

Here are our favorite quotes from Dhani Harrison:

Dhani is introspective and a deep thinker. He has taken his life lessons and grown as a person, forming a strong bond with his family.

It is important that you follow your passions for yourself, not for anyone else. To truly grow as an adult requires that you look within for your inspiration and passion.

Do whatever you need to do to heal. Dhani found that working in his father’s studio and releasing music on his behalf, was the most natural way for him to heal.

3. Family Above All Else

Dhani’s family is the most important thing in his life. And at the end of the day, they are the ones that he can rely on completely.

Even with the shadow of his father hanging over him, Dhani Harrison has done everything he can to make a name for himself in the music industry. He pays tribute to his dad in many of his songs, but will not let George define his career.

After his tragic loss and with the media spotlight on Dhani, he’s succeeded in letting his and his dad’s music carry on.

By starting at such an early age amongst the kings of music, it is no surprise that Dhani ended up taking the musical path as his life’s work.

As of November 2022, Dhani Harrison’s net worth is estimated to be $275 Million.

What do you think about Dhani Harrison’s net worth? Leave a comment.

What is Lil Scrappy's net worth? Introduction  As of ,...