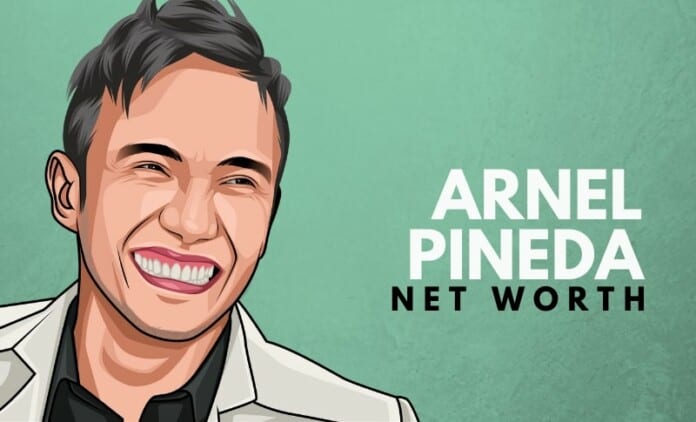 What is Arnel Pineda’s net worth?

Arnel Pineda is a Filipino singer and songwriter from Manila. He came to prominence in the Philippines during the 1980s and internationally in 2007 as the new lead singer of the American rock band Journey.

Arnel Campaner Pineda was born on the 5th of September, 1967, in Manila, Philippines. He is the son of Restituto Lising Pineda and Josefina Manansala Campaner. Both of his parents were tailors.

His mother inspired him to sing and entered him in various singing competitions from a young age.

He lost his mother when he was just 13. Pineda’s father was left in debt due to the medical costs and so the young boy moved out to relieve his father of the burden.

Pineda had been singing since the age of five and in 1982, at the age of 15, he joined the Filipino group Ijos and took up singing as a career.

In 1986, some members of Ijos formed a separate pop-rock band called Amo, which won the Rock Wars contest in the Philippines.

In 1988, the band won the Philippines’ leg of the Yamaha World Band Explosion Contest. Despite being disqualified in the finals due to technical problems, the event was broadcast on TV in Asia, which expanded their fandom.

In 2001, Pineda formed a new band, 9mm, and played in the city’s top bars including The Hard Rock Cafe in Makati City and The Edge in Lan Kwai Fong, Hong Kong.

The same year, he sang one song, “Looking Glass”, with the Filipino band South Border on their album ‘The Way We Do’.

Pineda was announced as the new lead vocal artist of Journey in 2007. On February 21, 2008, he had his first show as the lead singer of Journey at the Viña del Mar International Song Festival held at the Quinta Vergara Amphitheater in Viña del Mar, Chile.

Here are some of the best highlights of Arnel Pineda’s career:

“It provides a sense of dignity and belonging. It gives you the opportunity to learn, grow, and be part of a team – or, in my case, part of a band.” – Arnel Pineda

“Money, to me, is just a mode of transportation that I use to get around but not enough to get me where I really want to be: to a world of bliss and happiness.” – Arnel Pineda

“I’ve known what it’s like to survive without a steady job. Growing up in the Philippines, I watched my parents juggle part-time jobs at the corner shop and as tailors, barely able to make ends meet for my three brothers and me.” – Arnel Pineda

“There was a time when I had to cancel around five shows because I lost my voice due to acid reflux. Being with Journey, I get introduced to very good doctors and specialists. I’m managing the condition with proper medication.” – Arnel Pineda

“I have a foundation where it caters to street children and entices them to go back to school. The street is not a good school for them. They need to go to a proper school.” – Arnel Pineda

Now that you know all about Arnel Pineda’s net worth, and how he achieved success; let’s take a look at some of the best lessons we can learn from him:

If you constantly depend on other people’s approval and opinions about your decisions and actions, you will never find where your true strengths lie.

3. Surround Yourself With Good People

Choose to be with people who are supportive of you and encourage you.

How much is Arnel Pineda worth?

Arnel Pineda’s net worth is estimated to be $20 Million.

How old is Arnel Pineda?

How tall is Arnel Pineda?

Arnel Pineda is a popular Filipino singer and songwriter. He has recorded two albums on major labels, won the best vocalist award and played with multiple bands, as frequently as 6 days a week for 3-5 hour shows.

As of February 2023, Arnel Pineda’s net worth is estimated to be roughly $20 Million.

What do you think about Arnel Pineda’s net worth? Leave a comment below.