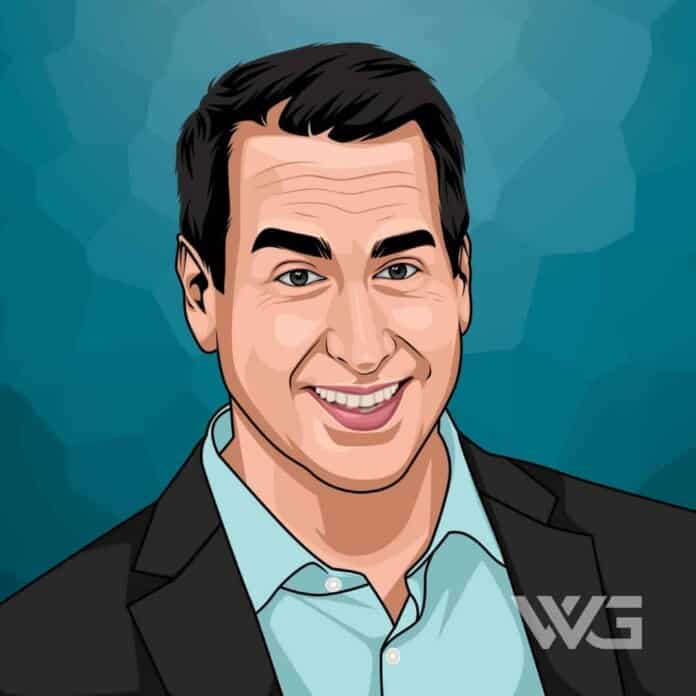 What is Rob Riggle’s net worth?

Rob Riggle is an American actor, comedian, and retired United States Marine Corps Reserve officer. He worked as a correspondent on Comedy Central’s The Daily Show from 2006 to 2008, as a cast member on Saturday Night Live from 2004 to 2005.

He attended Shawnee Mission South High School, where he was involved in the school’s radio and TV stations.

Before his career in comedy and acting, Riggle was a member of the United States Marine Corps Reserve. He intended to become a Naval Aviator, but left flight school in order to pursue comedy full time.

A featured player during the 2004–2005 season, his first appearance as a cast member was on the show’s thirtieth-season premiere on October 2, 2004.

In 2006, he joined the cast of The Daily Show to replace the departing Rob Corddry. Riggle made his debut on The Daily Show on September 20, 2006. One-piece that TV Guide regarded as his signature segment “Marines in Berkeley”, a segment in which he dressed in hippie regalia to spoof the University of California.

Riggle was expected to star with Rob Lowe in the pilot for the single-camera comedy The Pro as Bobby Welch in 2014, a former professional tennis player. Riggle appeared as Frank West in the 2015 film Dead Rising: Watchtower.

Here are some of the best highlights of Rob Riggle’s career:

“I love improv so much. Listening. I think that’s the key. When you improvise, you put a lot of pressure on yourself to create, and to be generating information, and trying to be funny, but if you just listen to what’s being said to you, and then react honestly, you generally get better results.” – Rob Riggle

“When you go out there to do comedy, you feel like you’re doing battle with the audience a lot of the time. You’re either going to get ’em, or you’re not.” – Rob Riggle

“It’s definitely fun to play something you’re not, which is always a good time. Who doesn’t want to get to act like a jerk or a douche, every now and then?” – Rob Riggle

“One of the favorite games I play, when I improv or take on a character, is what I like to call arrogant ignorance. That’s the game I enjoy playing most.” – Rob Riggle

“I’m living in L.A., which is hard to get around. I live way out in the suburbs, it’s hard for me to get to town. You get five minutes here, then you gotta drive a half hour to the next one. New York was so much easier for standup because you could hit five clubs in a night. Just jump in a cab, pop. Boom, boom, boom. And you could walk to some of ’em, and work out stuff on the way. You can really get some more traction out there. You could work new material easier out there, I thought.” – Rob Riggle

Now that you know all about Rob Riggle’s net worth, and how he achieved success; let’s take a look at some of the lessons we can learn from him:

Memories are of the ethereal, and not the material world.

It’s the ‘everyday’ experiences we encounter along the journey to who we wanna be that will define who we are when we get there.

Life has a meaning but does not set out to find out. Just live it out.

How much is Rob Riggle worth?

Rob Riggle’s net worth is estimated to be $5 Million.

How old is Rob Riggle?

How tall is Rob Riggle?

Rob Riggle is an American actor, comedian, and retired U.S. Marine Corps Reserve officer who is best known for his work as a correspondent on Comedy Central’s The Daily Show with Jon Stewart (2006-08), as a cast member on Saturday Night Live (SNL).

What do you think about Rob Riggle’s net worth? Leave a comment below.