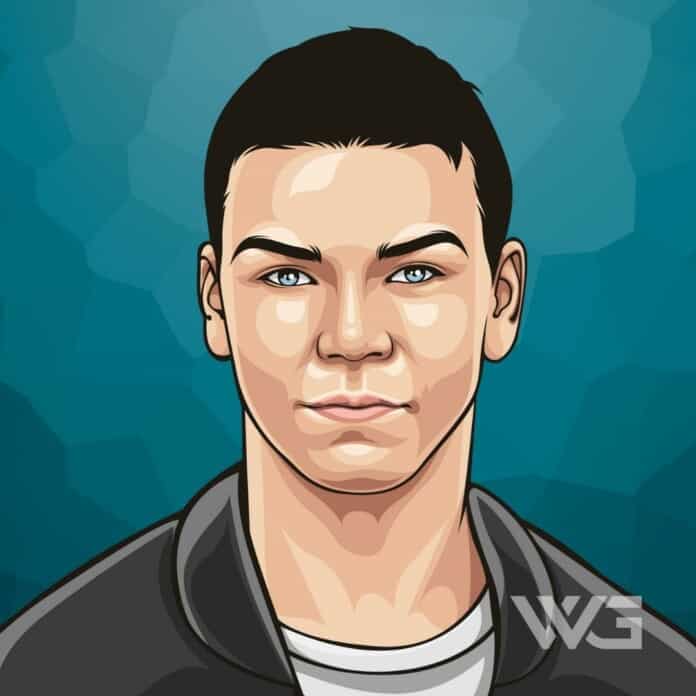 What is Will Poulter’s net worth?

As of November 2022, Will Poulter’s net worth is estimated to be $5 Million.

William “Will” Jack Poulter is an English actor, best known for his work in the movies ‘Son of Rambow’, ‘The Chronicles of Narnia: The Voyage of the Dawn Treader’, ‘We’re the Millers’, ‘The Maze Runner’, The Revenant’ and ‘Black Mirror: Bandersnatch’.

For his work in ‘We’re the Millers’, Poulter won the BAFTA Rising Star Award.

William Jack “Will” Poulter was born on the 28th of January, 1993, in Hammersmith, London. Poulter is the son of Caroline Poulter, a former nurse, and Neil Poulter, a Professor of Cardiology.

At an early age, he developed an interest in acting. Poulter went to the Harrodian School where he studied drama. It was one of his teachers who inspired him to audition for roles in movies.

Poulter began his career by playing several minor roles before he grabbed the main role in the 2007 comedy film ‘Son of Rambow’. The film was a commercial success. He was next seen in minor roles in a few TV shows such as ‘Lead Balloon’ and ‘School of Comedy’.

He was cast in the film ‘The Chronicles of Narnia: The Voyage of the Dawn Treader’ in 2010. The film was a huge success commercially. Poulter received a lot of appreciation for his performance.

His popularity increased manifold after his role in the comedy film ‘We’re the Millers’. The film, which was directed by Rawson Marshall Thurber, was a huge success commercially.

Poulter appeared in multiple films in 2014 such as ‘The Maze Runner’ and ‘Glassland’. The next year he played a role in the Oscar-winning film ‘The Revenant’.  The film was a huge commercial success as well. It was hugely appreciated by critics.

Another major work in Will Poulter’s career was his role in the 2013 American comedy film ‘We’re the Millers’. The film was directed by Rawson Marshall Thunder. The cast included Jennifer Aniston, Jason Sudeikis, Emma Roberts, Will Poulter and Nick Offerman.

Here are some of the best highlights of Will Poulter’s career:

Favorite Quotes from Will Poulter

“It’s difficult to tell whether people are looking at you because they recognize you from your work, or whether it’s just because you’re six foot three and have the eyebrows of Satan.” – Will Poulter

“I love the process of auditioning and having the chance to play a million different characters in one week – it’s great.” – Will Poulter

“Kissing scenes are never romantic or sexy, they’re actually super technical, like, “Move your head, you’re blocking her light,” or, “Stop looking like an idiot when you kiss her.” You do it again and again because of the camera angles and takes and whatnot. So by the end of it, it’s not even kissing. All the anything is totally drained out of it.” – Will Poulter

3 Lessons from Will Poulter About Self Love

Now that you know all about Will Poulter’s net worth, and how he achieved success; let’s take a look at some of the best lessons we can learn from him:

1. Don’t Stop Taking Care of Yourself

Why do we fall in love? Well, there are lots of reasons we fall in love. One of the benefits of falling in love and being married is you get to enjoy sex all the time.

Sometimes it’s better not to say something even if its the truth because it’s not your place to say it.

3. Don’t Judge a Book By its Cover

After you walk a mile in their shoes, then you will not only understand the person better, but you will no longer feel the need or desire to judge them.

How much is Will Poulter worth?

Will Poulter’s net worth is estimated to be $5 Million.

How old is Will Poulter?

How tall is Will Poulter?

What do you think about Will Poulter’s net worth? Leave a comment below.