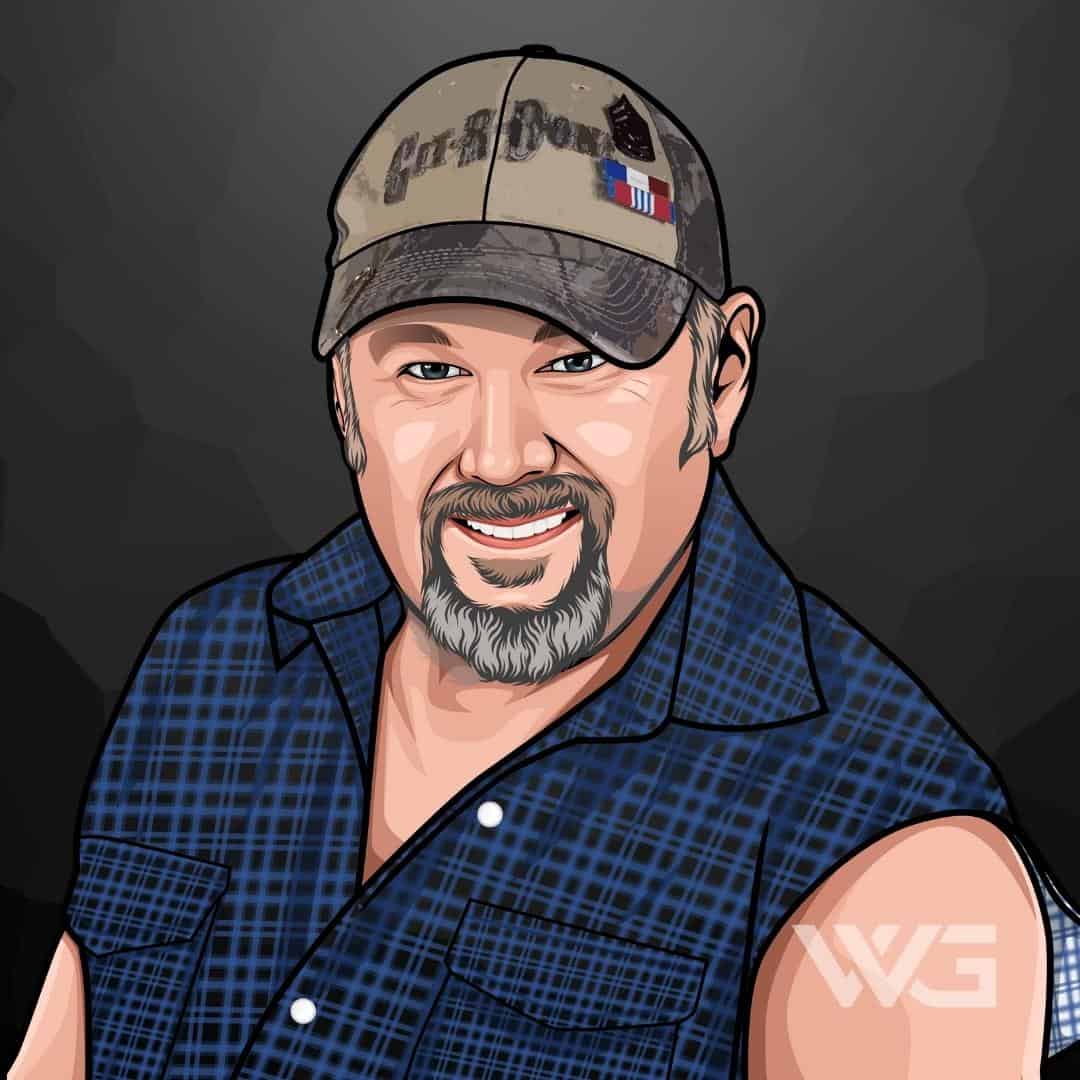 Larry The Cable Guy Net Worth

What is Larry The Cable Guy’s net worth?

Larry The Cable Guy has made a fortune by making people laugh, and his unique redneck brand of comedy has allowed him to become a household name.

While he isn’t as active in the comedy scene as he used to be, he has amassed a considerable fortune that only continues to increase.

Dan Whitney was born on 17 February 1963 and grew up on a pig farm in Pawnee City, Nebraska, with his parents, Shirley and Tom Whitney.

From the late 1970s to the early 1980s, Whitney attended The King’s Academy in West Palm Beach, Florida, where his father worked as an elementary school principal.

In 1982, Whitney graduated from Berean Christian School and attended the Baptist University of America in Georgia, eventually transferring to the University of Nebraska-Lincoln, where he majored in speech and drama.

After finding a love for stand-up comedy, Whitney dropped out of college in his junior year to pursue a career as a stand-up comedian.

Larry got started on the radio in the early 1990s when he appeared on The Ron and Ron Show and The Chris Baker Show.

While getting into stand-up, Larry originally went by his birth name, but after limited success, developed his Larry The Cable Guy persona, which became incredibly popular.

As Larry The Cable Guy, he is known for his thick southern accent impression and his signature catchphrase “Git-R-Done!”, which has become as iconic as his character.

In 2000, Larry got his biggest break when fellow comedian Jeff Foxworthy asked him to join his Blue Collar Comedy tour along with Ron White and Bill Engvall.

Larry followed the success of this tour with his first two comedy albums, Lord, I Apologize and The Right to Bare Arms, both of which were certified gold by the RIAA.

In 2005, Larry released his autobiography GIT-R-DONE, the foreword of which was written by one of the funniest stand-up comedians of all time, Lewis Black, who is a close personal friend of Larry.

In 2006, Larry branched out into voice acting, becoming the voice of Mater in the Disney-Pixar animated film Cars, a role which he has reprised many times since for sequels, video games, and theme park attractions.

While he may not be one of the richest comedians in the world, Larry The Cable Guy has made a decent fortune as an actor, voice actor, and stand-up comedian.

Larry The Cable Guy is an iconic figure, and when he chooses to, he can bring in huge amounts of money just by making people laugh.

Larry married his wife Cara in 2005, and together they have two children, a son, Wyatt, and a daughter, Reagan.

In 2009, Larry and his wife started the Git-R-Done foundation to provide assistance to people facing hardships outside of their control.

Having been born in Nebraska, Larry is an avid fan of the Nebraska Cornhuskers football team and often wears a hat with their team name embroidered on it.

Larry also often donates to other causes, and in 2010 he gave $5 million to the Arnold Palmer Hospital for Children in Orlando, Florida, to help develop the International Hip Dysplasia Institute at the location.

Larry is active on his official Instagram account, where he posts about projects, upcoming shows, and events he attends.

On his official Twitter account, he often posts about what he is doing and clips from his shows.

Larry The Cable Guy has received numerous nominations and awards for his comedic work, most notably from the Golden Raspberry Awards.

Here are some highlights from Larry The Cable Guy’s career:

How Does Larry The Cable Guy Spend His Money?

In 2016, Larry The Cable Guy bought a home in Scottsdale, Arizona, for $3.6 million, and he has previously owned another home in Sanford, Florida.

Larry also owns a home in Nebraska, and while we don’t know how much he paid for it, it features a wraparound porch, an indoor theater, a game room, and loads of outdoor space.

Aside from his home, Larry also gives a lot of money to charities and has paid for the school in his hometown to receive new theatrical equipment.

Larry The Cable Guy has reached many milestones throughout his career, which have helped propel him to stardom.

Here are some of the best highlights of Larry The Cable Guy’s career:

As a comedian, Larry The Cable Guy has said loads of hilarious things, but some phrases have become more iconic than others.

Here are our favorite quotes from Larry The Cable Guy:

Now that you know all about Larry The Cable Guy’s net worth, we can take a deep dive into what his impressive career can teach us about reaching our own goals.

Here are some of the best success lessons to learn from Larry The Cable Guy:

1. Think Outside Of The Box

Larry has made a fortune by thinking outside of the box and entertaining people with his boisterous personality.

No matter what you’re doing to try and succeed, thinking outside of the box can be a great skill to master.

Not only can it help you solve problems, but it can lead you to find some truly remarkable opportunities!

Laughter is the best medicine, especially after a long day of chasing your dreams.

Whether you’re watching funny cat videos or popping on one of Larry’s comedy albums, finding time to laugh every day can be the perfect way to keep yourself from getting burned out.

Everyone has quirks that are unique to them, and embracing these can be one of the best ways to help yourself stand out.

While it may seem easier to go with the flow and blend in, sometimes you just have to Git-R-Done in your own way!

While he may not be as active as he used to be, Larry’s net worth is steadily increasing yearly, and we expect him to become even more wealthy in the future.

Be sure to check back to see just how much Larry’s net worth will grow in the coming years!

What do you think about Larry The Cable Guy’s net worth? Leave a comment below.