Which are your favorite Bode Miller quotes?

Bode Miller is an American Alpine ski racer. He is best known for competing in huge international competitions, the ‘Olympic Games’ and ‘FIS Alpine World Championships’.

Throughout his career, Miller successfully amassed 6 medals in the ‘Winter Olympics’ and 4 ‘World Championships’ titles in 4 different disciplines, making him one of the most successful male American alpine ski racers of all time.

He is popularly known for his reckless style, often risking crashes to increase his chances of winning a race.

In his autobiography ‘Bode: Go Fast, Be Good, Have Fun’, Miller famously stated his goal as a skier was not to win medals, but rather to ski as fast as the natural universe will allow.

We’ve put together this collection of the best Bode Miller quotes:

1. “Some people say I make mistakes. I just say that in fact, this is the secret of enjoying life. I hate monotony. Why don’t they leave me freedom of choice? People want to impose choices that aren’t necessarily mine. That’s the mistake people make.” – Bode Miller

2. “When you get old, it’s hard to tell what’s memory and what you’ve kind of created in your head as memory, you know?” – Bode Miller

3. “People in the U.S. will watch anything if it’s put in front of their face over and over again. I like to see what’s possible, more than anything.” – Bode Miller

4. “But there was no question in my mind that I was gonna still go for it. I was still going for the win. I wasn’t skiing for second or third place today, and in the end, I think that’s probably what got me there.” – Bode Miller

5. “I think four Olympics is probably enough. Five Olympics is a long time, but there’s nothing wrong with that if I’m into it and I’m healthy and my priorities can fit around that.” – Bode Miller

6. “That feeling is the same whether you’re on either side of the hundredths. Obviously, it’s great to win the world championship, but if you put down that kind of skiing, it’s awesome either way.” – Bode Miller

7. “At the end of the day, you have to make sure you’re at least listening to what your head is telling you, what your heart is telling you. That’s hard to do when there are a million other people shouting as loud as they can.” – Bode Miller

9. “I don’t put anything in front of taking ski racing and sports seriously.” – Bode Miller

15. “Obviously, you always want to win, but you want to win by skiing a race that you’re proud of and you feel like you really challenged yourself and left it all out there.” – Bode Miller

16. “Join the bold, the brazen, the unintimidated. Join not having excuses. Join the idea that fun is the source of all joy. Join the unwillingness to give up. Join doing things your way. Join not joining. Join that purpose is stronger than the outcome. Join your gut. Join the constant challenge of seeking greatness. Join play. Join the hunger to find what makes you happy. Join karma and nature and the effect you have on your world. Join your philosophy. Join something bigger than you. Join what you believe.” – Bode Miller

17. “I had crashes when I was small and Gumby-like that would have killed me now. I would just fly off jumps and go 40 or 50 meters when I was 6 years old – break skis, smash my goggles and get a bloody nose and go crawl inside for a little while and then come back out and ski more in the afternoon.” – Bode Miller

18. “There have been times when I’ve been in really tough shape at the top of the course. Talk about a hard challenge right there. I mean, if you ever tried to ski when you’re wasted, it’s not easy. Try and ski a slalom when … you hit a gate less than everyone a second, so it’s risky, you know. You’re putting your life at risk there. It’s like driving drunk only there are no rules about it in ski racing.” – Bode Miller

Related:  36 Motivational Picture Quotes to Get Through Hard Times

19. “I went through a period at boarding school when my coaches wanted me to switch to snowboarding because they thought I was no good at skiing. I was too skinny. I had terrible technique. They were saying I should be a snowboarder, and luckily, I resisted.” – Bode Miller

20. “If you’re unhappy with the way you played, what’s the point?” – Bode Miller

21. “Arousal-control has been an issue for me since the beginning of my career.” – Bode Miller

23. “I tried retiring a couple of times and it just didn’t really stick so, but at some point, enough things conspire together and it does stick.” – Bode Miller

24. “The same people who recognize I came out with no medals should recognize I could have won three.” – Bode Miller

25. “You feel the Olympics and you get chills and nervous and a little scared. You go through the emotional roller coaster at what it’s like to compete at the Olympic level and you let that run through your whole body.” – Bode Miller

26. “I like to keep my private life private for the most part.” – Bode Miller

28. “I simply think things through, and I look at problems. One thing I pride myself on is the ability to connect unconnected thoughts and come up with new, unique thoughts.” – Bode Miller

29. “I really am a thinker. I don’t do things rash. I know some of the things I’ve said or the way I act seem rash. But I do take ownership of it. I don’t say things I don’t mean.” – Bode Miller

30. “There’s so many guys skiing so fast right now that you really have to be willing to take a lot of risks if you want to give yourself a chance to win. I’m prepared to do it; it’s just a matter of if I can make it work.” – Bode Miller

31. “My daughter’s name is Neesyn Dacey but everyone calls her Dacey. Her mom chose Neesyn and I chose Dacey after she was born. The mother is a good friend of mine who I was seeing a while ago. We are no longer together.” – Bode Miller

32. “I had to think about ankle torsion, where the screws are on the ski, how that affects the forces going into the ski and how the ski bends, your leverage points. It was a challenge. I was having the greatest time, making the mistakes, crashing.” – Bode Miller

33. “Some of them I probably would like. Some of my fans probably beat their wives or run over little kids and they just happen to watch me on TV and like the way I ski. Obviously, I clearly wouldn’t like that person if I knew ’em better.” – Bode Miller

34. “I’m still having fun and as long as skiing is enjoyable, I’m going to continue to do it.” – Bode Miller

35. “It’s nice, being brought up with no money at all. It’s just not how I measure success, so that makes it a bunch easier.” – Bode Miller

36. “We should tell our kids to just have fun, participate and not get bent on winning or losing. But every coach, when they say that, they say it tongue in cheek, ‘Don’t worry about winning’: If you win I’ll get you ice cream, but if you lose I’m going to pout in the car.” – Bode Miller

37. “People want athletes to cater to their image of what an athlete should be, but they also want them to fail so they can feel like their screwups are all right. If I make a priority shift, I’ll make it because it’s best for me.” – Bode Miller

38. “The best way to protect your own freedom is to watch everybody else’s back. That’s the essence of community.” – Bode Miller

39. “In some ways, that’s the story of my season – when I wasn’t making big mistakes, I was winning races and being on the podium. And when I made mistakes I was still fourth or fifth, just off the podium.” – Bode Miller

40. “One of the really important things about the Olympics is, to enjoy yourself, you have to accept that it’s different and feed off the enthusiasm of everyone and the inspiration and hopefully, that will elevate your performance.” – Bode Miller

Thanks for checking out this collection of quotes from Bode Miller! Don’t forget to share them on social media with your friends and family.

Which are your favorite Bode Miller quotes? Leave a comment below. 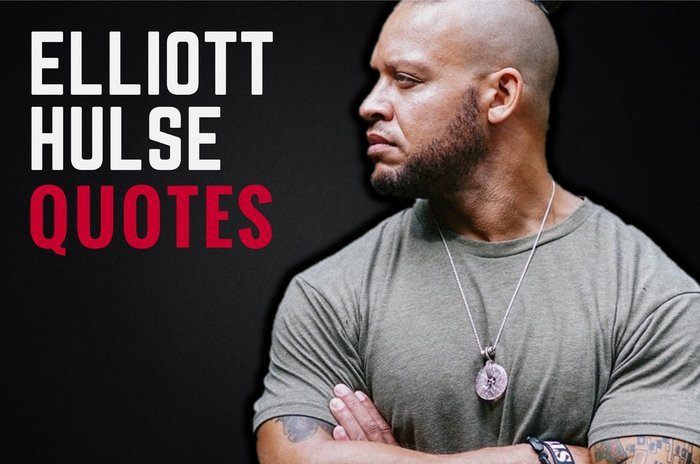 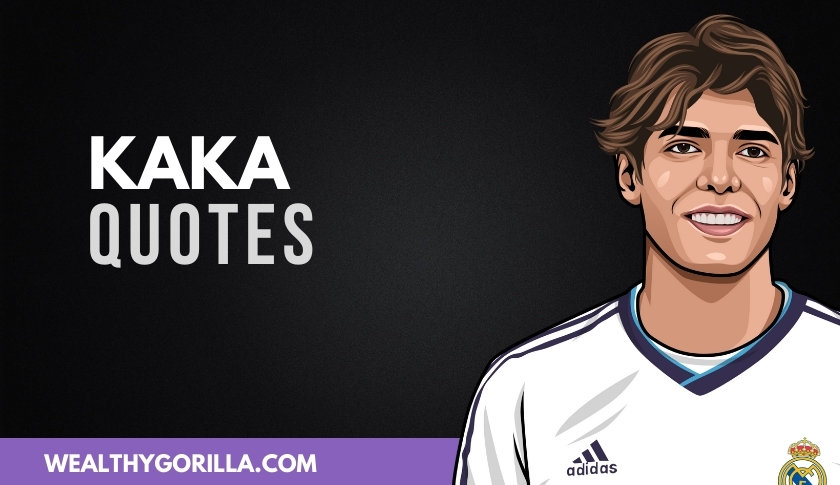 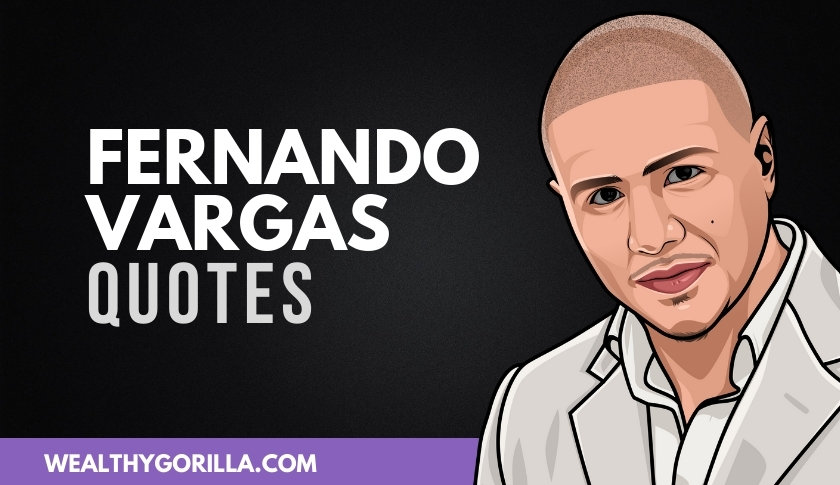