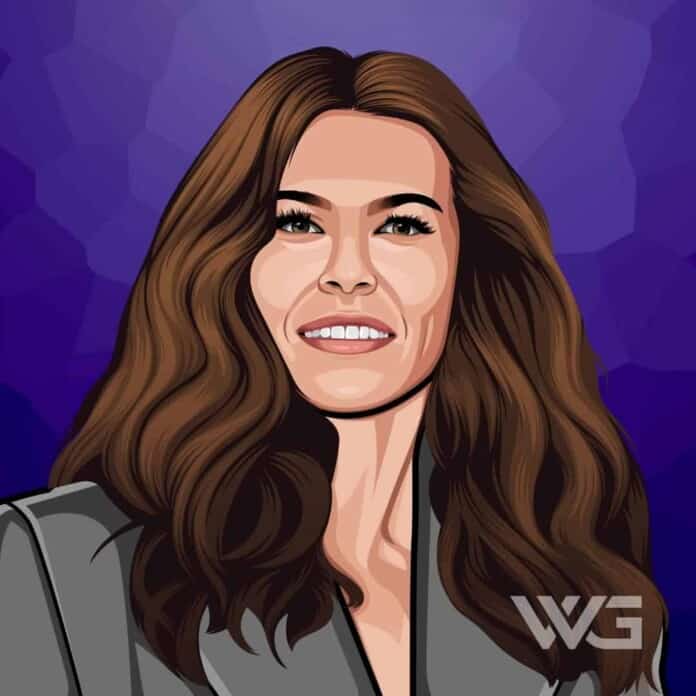 What is Evangeline Lilly’s net worth?

Evangeline Lilly is a Canadian actress.

Lilly rose to fame for her first leading role as Kate Austen in the series ‘Lost’. She earned a nomination for the Golden Globe Award for Best Actress in a Drama Series and won a Screen Actors Guild Award.

In 2008, she starred in the Academy Award-winning wars film ‘The Hurt Locker’.

Nicole Evangeline Lilly was born on the 3rd of August, 1979, in Alberta.

She was raised in British Columbia by her mother, a produce manager, and her father, a home economics teacher. She has both an older sister and a younger sister.

Lilly graduated from W. J. Mouat Secondary School in Abbotsford, British Columbia; she played soccer and was vice president of the student council. Lilly started to have a passion for humanitarian causes and world development led her to major in International Relations.

Lilly made her entry into acting through modeling. She was spotted by an agent of the Ford Modeling Agency. However, she was not very interested in the modeling career.

She later decided to take it up to earn some money for her studies. She worked in commercials, and she made small appearances in series such as ‘Smallville,’ ‘Tru Calling,’ and ‘Kingdom Hospital.’

Lilly rose to fame after being cast in ‘Lost’.

In 2005, she received the ‘Screen Actors Guild Award,’ for the ‘Outstanding Performance by an Ensemble in a Drama Series.’

In 2006, she was nominated for the ‘Golden Globe Award’ for the ‘Best Lead Actress- Drama.’

Lilly starred in the movie ‘The Hurt Locker’ in 2008. It was a highly acclaimed movie, and was nominated for nine ‘Academy Awards.’ Lilly played ‘Connie James,’ the ex-wife of the protagonist, ‘William James.’

In 2013, she published the book ‘The Squickerwonkers.’ It was a graphic book designed for children. The book was released at the ‘Comic-Con International,’ held in San Diego. H

How Does Evangeline Lilly Spend Her Money?

Evangeline Lilly has spent some of her money on charity.

Lilly has supported charities such as GO Campaign and Task Brazil.

Here are some of the best highlights of Evangeline Lilly’s career:

“I am five foot six, and I am built of muscle and bone, and that is not very good for fashion, but it’s who I am. Women who look good in fashion are six foot tall, don’t have an ounce of muscle, and their legs are the size of my arm.” – Evangeline Lilly

“I’m a good Canadian girl. I miss all that good stuff. I miss tobogganing and I miss snowboarding, but I’ve also learned to surf and I’ve become a water baby which I used to be relatively terrified of the water and I kayak all the time now and I’m able to run year round on the beach which you can’t obviously do in Canada.” – Evangeline Lilly

“When I got the job on ‘Lost,’ I was a broke university student living in the crappiest part of town, with a duct-taped back window on a broken-down car. I existed on peanut butter and tea.” – Evangeline Lilly

“That’s what happens in Hollywood. People are like, ‘I want to hate you, because everyone else seems to love you.’ But the reality is this: I’m a simple person who’s not interested in attention and who just wants to go about her business.” – Evangeline Lilly

“I just love the simplicity of what it means to work hard with your hands – to eat and survive.” – Evangeline Lilly

Now that you know all about Evangeline Lilly’s net worth and how she achieved success; let’s take a look at some of the lessons we can learn from her:

To put it simply – you know, a lot of people believe that the benefit of acting job is fame and fortune. You pay for the fortune through fame.

Even if you’re unhappy, just pretend that you’re happy. Eventually, your smile will be contagious to yourself.

If you can’t sit in a cafe quietly and be ignored, how can you observe human nature and write a story?

How much is Evangeline Lilly worth?

Evangeline Lilly’s net worth is estimated to be $5 Million.

How old is Evangeline Lilly?

How tall is Evangeline Lilly?

Evangeline Lilly is a Canadian actress.

Lilly has earned her massive net worth through films, television, and commercials. She is probably best known for her role as Kate in the television series ‘Lost.’

She has also starred in movies such as ‘The Lizzy Mcguire Movie,’ ‘The Hurt Locker,’ ‘Reel Steel,’ ‘The Long Weekend.’

What do you think about Evangeline Lilly’s net worth? Leave a comment below.