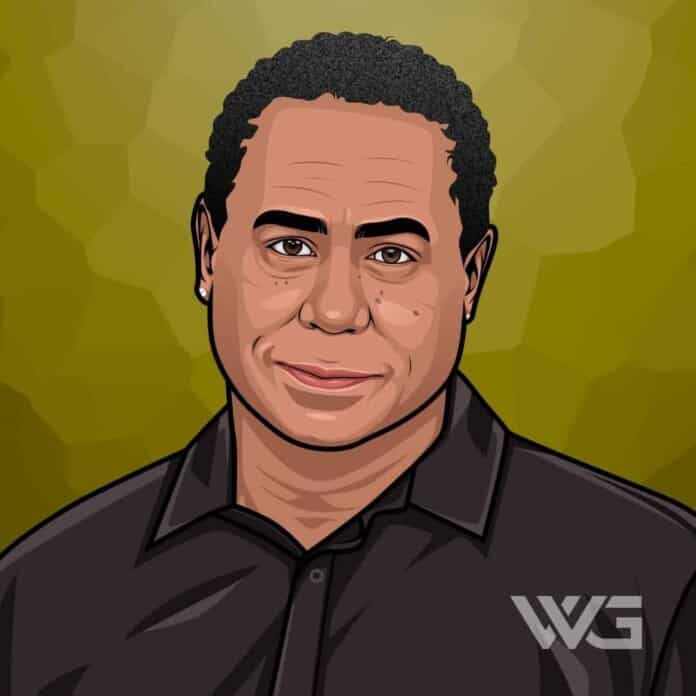 What is DJ Yella’s net worth?

He was a member of the World Class Wreckin’ Cru along with Dr. Dre. He later joined the pioneering gangsta rap group N.W.A.

Antoine Carraby was born on the 11th of December, 1967, in Compton, California. Carraby is of African–American descent.

Yella was passionate about music from a tender age. He grew up listening to funk music and learned to play the drums. As a teenager, Yella performed at various clubs in Los Angeles.

DJ Yella made his entry into music as a DJ in the clubs of Los Angeles. During those days, Yella became acquainted with rapper Dr. Dre. Yella adopted the stage name “DJ Yella.”

Yella worked on the debut studio album by ‘N.W.A,’ in 1988 ‘Straight Outta Compton.’ He handled the production of the album and also worked on the drum programming of several tracks.

In 1991, ‘N.W.A’ released their second and final studio album, ‘Niggaz4Life.’ DJ Yella was the producer of the album. He co-wrote the lyrics for several tracks of the album.

Yella released his first and only solo album, ‘One Mo Nigga ta Go in 1996.’ He dedicated the album to Eazy-E, who had died a year prior to the release.

After this, Yella retired from music. He started producing adult film movies. Yella has produced more than 300 adult films. This business also had to be shut down after a while.

Here are some of the best highlights of DJ Yella’s career:

“It’s a great honor to be nominated and picked into the 2016 Rock & Roll Hall of Fame and a bigger honor to be the first West Coast group to be picked.” – DJ Yella

“It’s crazy because we didn’t even think about nothing like this, we just made music we liked. It’s amazing how it affected so many up and coming artists and how we opened the doors for so many of them like Eminem, Kendrick Lamar, Snoop Dogg, 50 Cent, The Game, the list goes on.” – DJ Yella

“Right now it’s the same thing going on. Not too many groups, just solo artists or guest appearances. Music right now is just sounding the same. Not much separation. It seems like nobody has their own style like it was back in the day, but Hip Hop is still here to stay.” – DJ Yella

“In the beginning, Compton didn’t mean nothing to nobody, it was like a bad name. It was a name people were scared of and scared to come to visit. So we had to change it to something good. So now Kendrick Lamar and The Game put Compton back on the map.” – DJ Yella

Now that you know all about DJ Yella’s net worth, and how he achieved success; let’s take a look at some of the lessons we can learn from him:

Change yourself to improve. Change often to improve faster, and to lead — be the change.

You are who you build yourself to be.

3. Say No To Distractions

To be truly successful you have to break away from the crowds, popularity and your ego for a while. Somewhere you can work towards achieving your goals.

How much is DJ Yella worth?

DJ Yella’s net worth is estimated to be $1 Million.

How old is DJ Yella?

How tall is DJ Yella?

He was one of the prominent members of the electro-music band ‘World Class Wreckin’ Cru.’ Yella and Dr. Dre were the founding members of the band. Yella grew up listening to funk music.

What do you think about DJ Yella’s net worth? Leave a comment below.