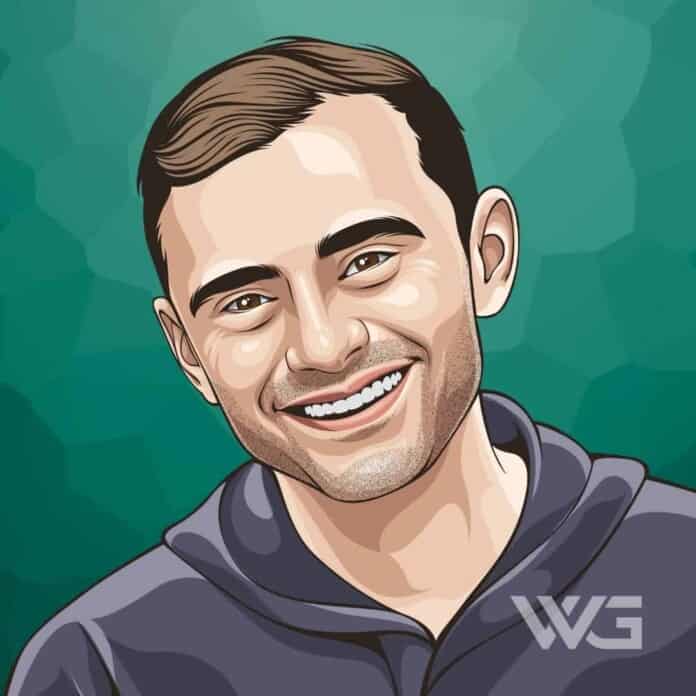 What is Gary Vaynerchuk’s net worth?

Gary Vaynerchuk has been described as the first wine guru of the YouTube era. His natural talent for selling and his critical eye has helped him achieve rapid success in his business ventures.

Vaynerchuk has also proved how important it is to adapt to the changing world, and how meeting your audience is important.

Gary Vaynerchuk was born in Babrugsk, Soviet Union and immigrated to the US with his family when he was 3 years old. The family of eight lived in a studio apartment in Queens until they moved to New Jersey where his father worked at a relative’s liquor store.

In New Jersey he operated a lemonade stand franchise and also earned money trading baseball cards. His eye for deals and his natural sales talent had him earning thousands of dollars a weekend. By the age of 14 he joined his family retail business.

Vaynerchuk discovered the Internet and the potential to use it for profit while he was in college. College also led to the discovery that people collected wines and saw potential for a larger family business.

By 1998 he graduated with a Bachelor of Arts from Mount Ida college in Newton, Massachusetts.

After graduating from college, he assumed control over his father’s Shoppers Discount Liquors and renamed the store Wine Library. He then created winelibrary.com and took advantage of every online sales opportunity he could.

In just five short years the sales increased from $3 million dollars to over $60 million.

2006 saw the creation of a YouTube vlog called Wine Library TV, which was produced daily. The popularity of this vlog increased to the point where Gary became a guest on Conan O’Brien, which drove the views up.

In 2009 Gary and his brother founded Vagner Media which focused on helping large brands on social media.

Early clients included the NHL, and now include Pepsi-Co, General Electric, among many others. Vaynerchuk has also been involved with angel investing and has had early involvement with companies like Twitter, Facebook, and Tumblr.

2009 also saw the signing of a 10 book deal with HarperStudio. Within weeks of the release of the first book, it had climbed to number 1 on the Amazon Best Seller List for Web Marketing books.

Here are some of the best highlights of Gary Vaynerchuk’s career:

“You have to understand your own personal DNA. Don’t do things because I do them or Steve Jobs or Mark Cuban tried it. You need to know your personal brand and stay true to it.” – Gary Vaynerchuk

“If you live for the weekends and vacations, your sh*t is broken.” – Gary Vaynerchuk

“No matter what you do, your job is to tell your story.” – Gary Vaynerchuk

“When it comes down to it, nothing trumps execution.” – Gary Vaynerchuk

“There is never a bad time to start a business – unless you want to start a mediocre one.” – Gary Vaynerchuk

“You must choose an area where you can win. No, scratch that. Not just win, but absolutely dominate. After all, don’t we have enough mediocre podcasts around?” – Gary Vaynerchuk

View our larger collection of the best Gary Vaynerchuk quotes!

How much is Gary Vaynerchuk worth?

Gary Vaynerchuk’s net worth is estimated to be $200 Million.

How old is Gary Vaynerchuk?

How tall is Gary Vaynerchuk?

Gary Vaynerchuk rose to popularity rapidly and used his following to build his brand.

His net worth is reflective of the hard work that he puts into his ventures. There is no doubt that Vaynerchuk will continue to expand his ventures and build his net worth.

What do you think about Gary Vaynerchuk’s net worth? Leave a comment below.