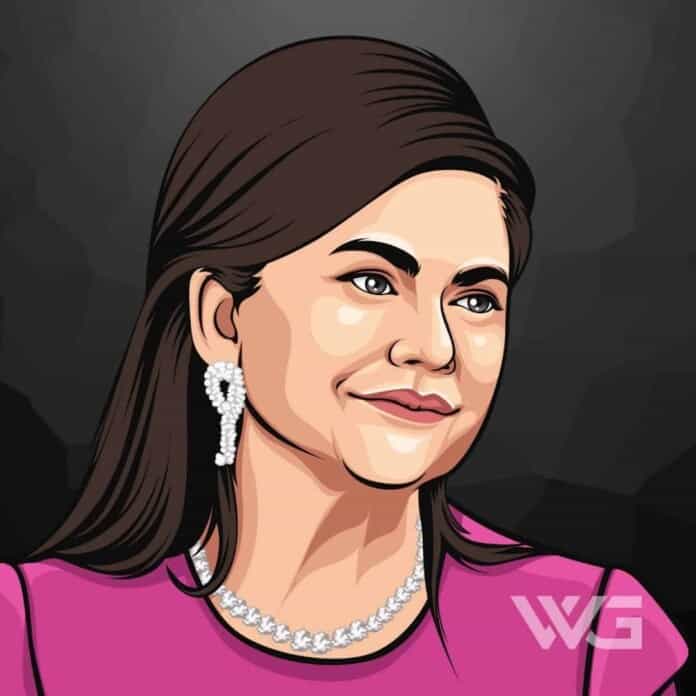 What is Kathy Ireland’s net worth?

Kathy Ireland is a former American model and actress, turned author, and entrepreneur from Los Angeles. Ireland was a supermodel in the 1980s and 1990s, best known for appearing in 13 consecutive Sports Illustrated swimsuit issues.

Kathleen Marie Ireland was born on the 20th of March, 1969, in Los Angeles. She is the daughter of parents John and Barbara Ireland.

Ever since childhood, Kathleen was highly industrious and would sell hand-painted rocks and even worked as a paper boy.

Ireland embarked on a modelling career when she was picked by the ‘Elite Modelling Agency’ in 1980.

Landing her first endorsement even before she completed high school, this green-eyed beauty has never looked back and went on to establish herself as a household name.

Her career was propelled to heights of success when, in 1984, she appeared on the cover of Swimsuit Issue of the magazine ‘Sports Illustrated’ for the first time. Over the years she went on to be featured in the magazine for as many as thirteen times.

She then appeared in the full-length movie ‘Alien from L.A.’ in the year 1988. The movie was rebuked by critics and failed to make much collection at the box-office.

In 1995, she lent her voice to the character of Crystal in the superhero comic series ‘The Fantastic Four’. Her other television appearances of the year included the film ‘Backfire!’ and the TV series ‘The Watcher’.

In 2002, this diva turned to writing and penned out the book ‘Powerful Inspirations: Eight Lessons that Will Change Your Life’.

As of January 2023, Kathy Ireland’s net worth is $500 Million. She also one of the hottest woman.

Here are some of the best highlights of Kathy Ireland’s career:

“My family gave me values that have sustained me through situations that would challenge any person. My personal relationship with the Lord inspires me in all I do.” – Kathy Ireland

“I’ve learned so many things and a lot of things I’ve learned the hard way. I look at failure as education in that respect I’m very well educated.” – Kathy Ireland

“I used to be pro-choice. At the moment of conception, a life starts. And this life has its own unique set of DNA, which contains a blueprint for the whole genetic makeup. The sex is determined. We know there’s a life because it’s growing and changing.” – Kathy Ireland

“If we get our self-esteem from superficial places, from our popularity, appearance, business success, financial situation, health, any of these, we will be disappointed, because no one can guarantee that we’ll have them tomorrow.” – Kathy Ireland

“Modeling was another job like some of the other ones I had. Working as a cashier, I delivered newspapers, I worked in a retirement home feeding elderly people. . . so I never stopped and thought about, boy, I’m a successful model.” – Kathy Ireland

“I know that I’ve been blessed in many ways, and I was fortunate enough to travel the world and meet a lot of interesting people. But I never felt that the modeling career was all that important.” – Kathy Ireland

Now that you know all about Kathy Ireland’s net worth, and how she achieved success; let’s take a look at some of the lessons we can learn from her:

Try to solve problems that are bigger than yourself.

3.  Surround Yourself With The Right People For You

Surround yourself with people who will challenge you in the right ways.

How much is Kathy Ireland worth?

Kathy Ireland’s net worth is estimated to be $500 Million.

How old is Kathy Ireland?

How tall is Kathy Ireland?

Kathy Ireland has featured on the covers of renowned fashion magazines such as Vogue and Cosmopolitan, but the highlight of her modelling career was her appearance on the cover of the 25th-anniversary edition of the Swimsuit Issue of the Sports Illustrated magazine.

She is considered to be one of the richest models.

What do you think about Kathy Ireland’s net worth? Leave a comment below.

What is Kourtney Kardashian's net worth? Introduction As of ,...