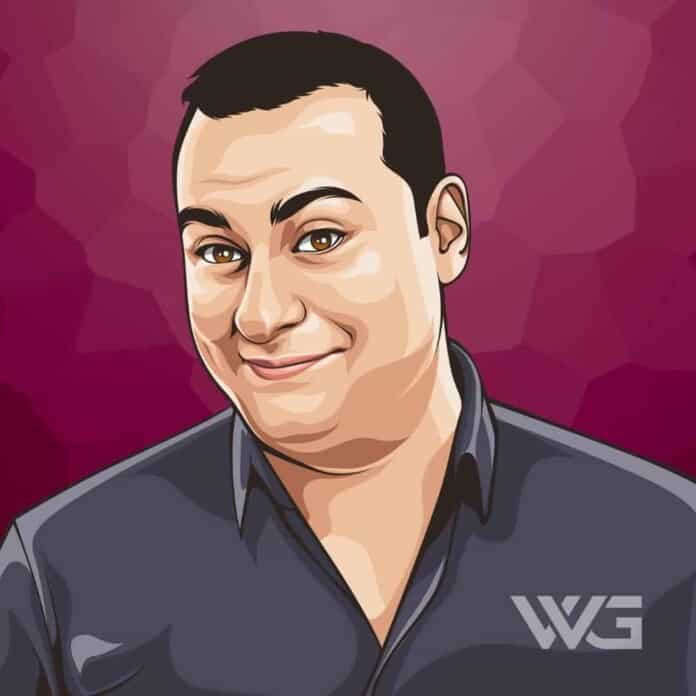 What is Russell Peters’ net worth?

As of February 2023, Russell Peters’ net worth is estimated to be roughly $75 Million.

Russell Peters is a Canadian stand-up comedian and actor from Toronto. Peters began performing in Toronto in 1989 and won a Gemini Award in 2008.

In 2013, he was number three on Forbes’ list of the world’s highest-paid comedians and became the first comedian to get a Netflix stand-up special.

Russell Dominic Peters was born on the 29th of September, 1970, in Toronto. When he was four, the family moved to the suburb of Brampton. His older brother Clayton now serves as his manager.

Peters began performing in Toronto in 1989. He has since gone on to perform in several countries. In 1992, Peters met American comedian George Carlin, one of his biggest influences, who advised him to get on stage whenever and wherever possible.

Peters credits his 2004 performance on the Canadian TV comedy show Comedy Now!, which was uploaded onto YouTube and became viral, as the turning point in his career.

In 2007, Peters was the first comedian to sell-out Toronto’s Air Canada Centre, selling more than 16,000 tickets in two days for the single show.

According to Peters, those segments were seen by the targeted cultural groups and were well received by them. The video and its viral nature were referred to by Peters on his performance, Outsourced; when the audience cheered when he referred to earlier jokes, he exclaimed, “Look at you, you filthy downloaders!”

In 2017, Peters made an appearance on Top Gear America in the third episode of season 1 as one of the guests.

Here are some of the best highlights of Russell Peters’ career:

“I hate Bollywood. The movies are all garbage, just terrible. It’s my opinion; obviously, there are billions who like and love them. I don’t like all the singing, dancing and all the dramatic crying. I have never seen a Bollywood film in my life.” – Russell Peters

“I would get bullied a lot. You know, it was the ’70s and ’80s, so it was a lot of racism back then towards Indian people. And it wasn’t actual hatred, it was just that blind, ‘Let’s pick on that guy.’ You know, and you’ve got to figure that I was a very small kid. And I had a big mouth, so I’m sure that didn’t help.” – Russell Peters

“I don’t think Indian actors are good. A couple of them are, like Anupam Kher, but not many are there like him in the industry. There are thousands of actors and actresses in the industry, but you can count on hand how many of them are really good; the rest of them are just pretty faces.” – Russell Peters

Now that you know all about Russell Peters’ net worth, and how he achieved success; let’s take a look at some of the lessons we can learn from him:

1. Say No to Bullying

Peters was bullied in his school days in Canada.

As we all know nowadays he tends to make everyone smile. Most of his shows weren’t only made to help you laugh, but he used to teach that we should avoid promoting bullying in our lives.

2. Be Confident in Life

Be confident and meet life happily. This is what Russel teaches in one of his lessons. He oozes dollops of confidence in all of his performances, brings volumes of smiles onto the face of viewers.

This guy has taught us to stay confident and not to object on everything we get from life. He says, “If my confidence was taken as a child, you can gain back a lot of the confidence, but that root of the cavity will still be there”.

Try your level best to explore everything and self-explore before taking your decisions. Peters has strongly recommended to struggle in every walk of life and stand up proudly to shape your life.

He said, “Music has very much shaped who I am, and how I carry myself”. In life, we should learn to self-explore before judging someone else and his intentions.

How much is Russell Peters worth?

Russell Peters’ net worth is estimated to be $75 Million.

How old is Russell Peters?

How tall is Russell Peters?

Russell Peters is a hugely popular comedian from Canada who is counted as one of the highest-paid comedians in the world. He is popular all around the world, often performing in sold-out stadiums across international venues.

As of February 2023, Russell Peters’ net worth is approximately $75 Million.

What do you think about Russell Peters’ net worth? Leave a comment below.