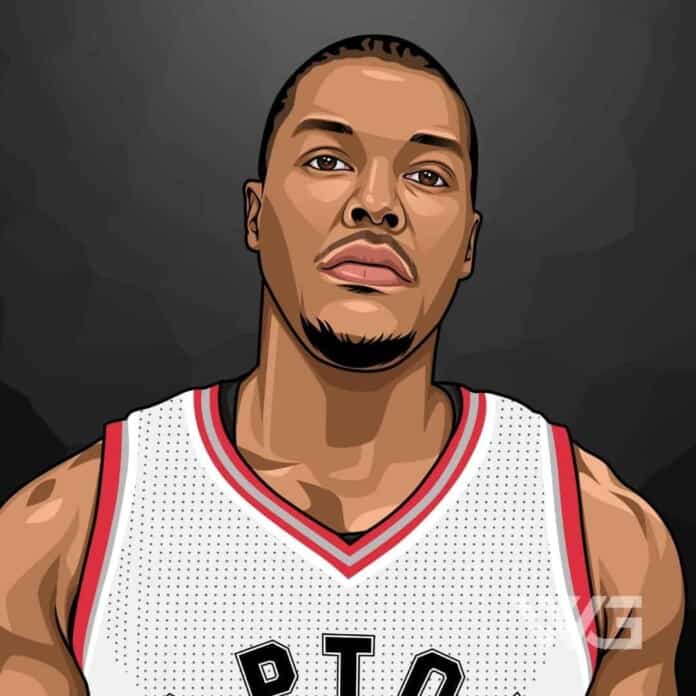 What is Kyle Lowry’s net worth?

Kyle Lowry is an American professional basketball player for the Toronto Raptors of the NBA.

With the Raptors, he has been a six-time NBA All-Star and was named to the All-NBA Third Team in 2016. Lowry won an NBA championship with Toronto in 2019, their first title in franchise history.

Kyle Terrell Lowry was born on the 25th of March, 1986, in Philadelphia, Pennsylvania. His parents broke up when Kyle was young.

He had a difficult childhood. His father was never really involved in his or his brother’s upbringing, despite residing only ten minutes away from them.

In the 2006 NBA draft, the Memphis Grizzlies recruited Kyle Lowry as their 24th overall pick. He subsequently signed a two-year contract with the team on July 9.

While he had envisioned a long career with the Grizzlies, the team selected Mike Conley, Jr., another point guard, during the 2007 NBA draft. After Lionel Hollins joined the Grizzlies as their new coach in 2009, Lowry was traded to the Houston Rockets.

In 2014, he made his first appearance in the playoffs with the Raptors and registered an impressive 21.1 points on an average per game in seven games.

The Raptors returned in the 2015-16 season completely reinvigorated. Lowry played 77 games in the regular season, scoring 21.2 points per game. In the playoffs, he led his team to the Eastern Conference Finals where they eventually lost to Cleveland Cavaliers.

Here are some of the best highlights of Kyle Lowry’s career:

“My brother always told me not to fear anything. You can’t go out there on the court and be afraid to fail, so I just go out there and play as hard as I can, no matter what the outcome is.” – Kyle Lowry

“I’m not leaning toward anything right now. Whenever me and coach (Jay Wright) meet, and my family meets, we’re going to discuss things and see what goes on.” – Kyle Lowry

“It was fun and a great atmosphere to play home in front of a Philadelphia crowd, and also to be on the floor with my great teammates. Basically, I’m just grateful to be able to do that.” – Kyle Lowry

Now that you know all about Kyle Lowry’s net worth, and how he achieved success; let’s take a look at some of the lessons we can learn from him:

Be the change that you wish to see in the world.

How much is Kyle Lowry worth?

Kyle Lowry’s net worth is estimated to be $55 Million.

How old is Kyle Lowry?

How tall is Kyle Lowry?

Kyle Lowry is an American professional basketball player who is presently affiliated with the Toronto Raptors of the NBA. He was also one of the key players in the Raptors’ massively successful 2015-16 season, during which they registered 56 wins and subsequently made their inaugural Eastern Conference Finals appearance.

As of December 2022, Kyle Lowry’s net worth is approximately $55 Million.

What do you think about Kyle Lowry’s net worth? Leave a comment below.