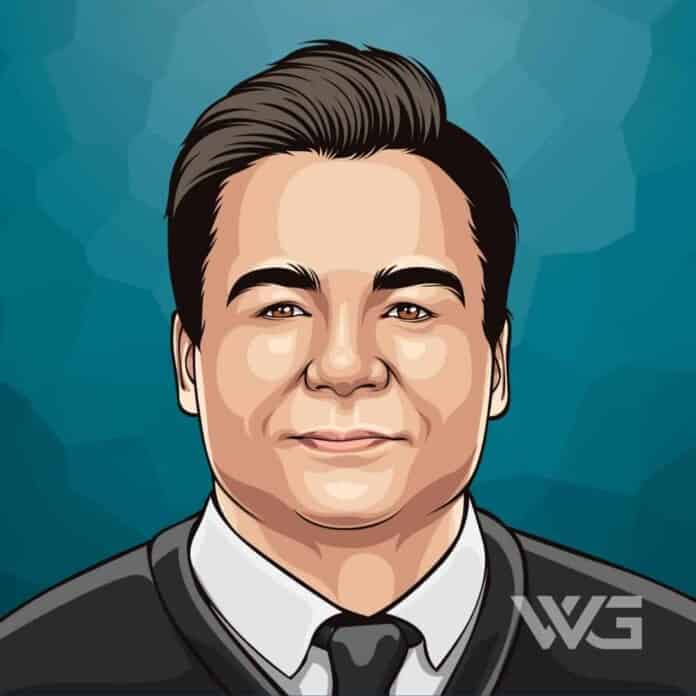 What is Mike Myers’ net worth?

Myers is best known for his run as a performer on Saturday Night Live from 1989 to 1995. He made his directorial debut with the documentary Supermensch: The Legend of Shep Gordon (2013).

Michael John Myers was born on the 25th of May, 1963, in Scarborough. Myers is the son of Eric and Alice Myers. His father was an insurance agent and his mother was an office supervisor and a veteran of the Royal Air Force.

Both of his parents were from Liverpool, United Kingdom, and he has two older brothers, Paul, an indie rock singer-songwriter, broadcaster, and author, and Peter, who worked for Sears Canada.

Myers began his career as a child star, when he was 12 years old he made an appearance on the sitcom ‘King of Kensington’. He later relocated to the United Kingdom, wherein October 1985 he became one of the co-founders of ‘Comedy Store Players’.

In 1986, Myers starred in, ‘Wide Awake Club’. The same year he became one of the cast members of a Second City Theatre stage show in Toronto.

In 1989, he auditioned to be a part of the American sketch comedy and variety show, ‘Saturday Night Live’. The same year, he was selected to join the cast as one of the featured players. In the late 1980s, he made numerous appearances, some of them include his role of ‘Wayne Campbell’ on ‘Citytv’ and the music video, ‘Boys and Girls’.

He played a voice role in the animated film titled, ‘Shrek’ in 2001. The following year, he reprised his role in the third Austin Power series of films titled, ‘Austin Powers in Goldmember’.

In 2008, he starred, co-wrote, and co-produced the romantic comedy film, ‘The Love Guru’. The following year, he played ‘General Ed Fenech’ in the Academy Award-winning film, ‘Inglourious Basterds’.

In 2013, he appeared in the documentary film, ‘Being Canadian, Sometimes’. The same year, he directed the American documentary film titled, ‘Supermensch: The Legend of Shep’.

Here are some of the best highlights of Mike Myers’ career:

“I’m a comedic actor, not to mix words, but it’s something I think about. A comedic actor. I like to think that Christopher Guest, Phil Hartman, Peter Sellers, and Alec Guinness are comedic actors. And Dan Aykroyd, too. Those are my heroes.” – Mike Myers

“I would love to be a father. I had a great father who taught me how gratifying that is. I’m not going to deny myself that. I think I’d be good at it. Everybody wants that experience. I definitely do.” – Mike Myers

“I grew up in Toronto and as long as I can remember, as long as there was cable, even those old cable boxes that were wired to the TV, there have been Bollywood movies on Toronto TV.” – Mike Myers

“I can be described as many things, but no description of me is complete without saying ‘Englishman.’ My parents were from Liverpool and emigrated to Canada before I was born.” – Mike Myers

“I came out wanting to be an actor. From my first view of the world, that’s what I wanted to be. I’m made of 99 percent ham and 1 percent water. I was just cooked that way!” – Mike Myers

Now that you know all about Mike Myers’ net worth, and how he achieved success; let’s take a look at some of the strongest lessons we can learn from him:

Success has less to do with hard work and more to do with a massive focus on your few best opportunities.

Why resist change when it’s the main source of your growth?

The more you invest in growing and developing your mindset and way of seeing the world, the more everything you touch transforms in a breathtakingly positive way.

How much is Mike Myers worth?

Mike Myers’ net worth is estimated to be $200 Million.

How old is Mike Myers?

How tall is Mike Myers?

Mike Myers is best known for his Austin Power series of films through which he gained immense success and worldwide acclaim. Born in Ontario, Canada, to British parents, Mike Myers began his career in the entertainment industry as a child star.

What do you think about Mike Myers’ net worth? Leave a comment below.

What is Asa Akira's net worth? Introduction As of ,...