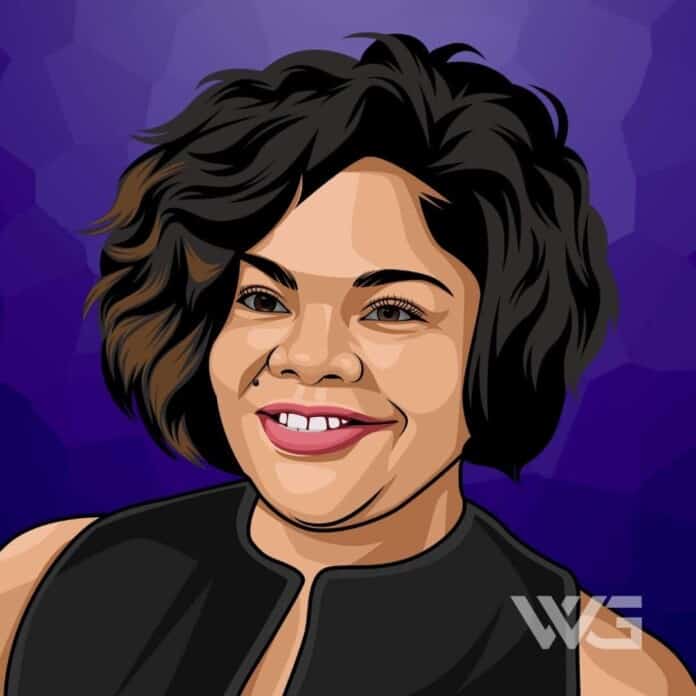 What is Mo’Nique’s net worth?

As of February 2023, Mo’Nique’s net worth is estimated to be roughly $9 Million.

Mo’Nique is an American comedian and actress from Maryland.

She first gained fame as a member of the Queens Of Comedy, as well as her role as Nicole “Nikki” Parker in the UPN series ‘The Parkers’ while making a name as a stand-up comedian hosting a variety of venues.

Monique Angela Hicks was born on the 11th of December, 1967, in Baltimore, Maryland. She was the youngest in the family, who was abused by her brother Gerald in her childhood.

She attended Morgan State University and the Broadcasting Institute of Maryland from which she graduated with the class of 1987.

Mo’Nique stepped into the entertainment industry inadvertently, as her brother Steve dared her to perform at Baltimore Comedy Factory Outlet during an open mic night.

In 1999, she landed a role in the UPN television series ‘The Parkers’. She is hosted and produced, a beauty pageant for plus-sized women, ‘Mo’Nique’s Fat Chance’.

She created her own late-night talk show in 2009, ‘The Mo’Nique Show’. After hosting a series of television shows, Mo’Nique headed to films. She was offered several supporting roles in hit films.

Mo’Nique played a vital character in the 2005 Tony Scott film, ‘Domino’. The major cast of the bounty hunt thriller included the popular Mickey Rourke and Keira Knightley. The following year she played the lead role in a comedy ‘Phat Girlz’, which shows the struggle of an obese fashion designer in search of acceptance and love.

Furthermore, Mo’Nique appeared in a music video of soul singer Anthony Hamilton’s, “Sista Big Bones”. In addition to acting and hosting comedy shows, she has hosted a few awards shows including the 2003 and 2004 BET Awards.

Here are some of the best highlights of Mo’Nique’s career:

“If you don’t believe me, did you happen to notice that all that’s being asked for is the right to be married, which ironically promotes commitment, family and love.” – Mo’Nique

“I believe since we’ve all been given free will, let’s use our will to let others be free. Gay and lesbian couples believe in commitment, family and love.” – Mo’Nique

“Do we stand up over a gold plated trophy? Or do we stand up and say we need equal wages and equal treatment? The Oscars have not been any different for what…89 years? But why do we keep wanting to get thrown a bone? Why do we want to keep saying ‘Can we please come to your party?” – Mo’Nique

“I respect everyone, from the homeless brother and sister on the street to the executive that sits in the highest office named President Barack Obama. I respect everyone – but we over-respect no one.” – Mo’Nique

Now that you know all about Mo’Nique’s net worth, and how she achieved success; let’s take a look at some of the lessons we can learn from her:

Always be learning new things about how to move the ball forward. Always execute against what you learn in order to determine whether it works or not. What you know to be successful today may not be successful tomorrow.

Control is not a bad thing, it’s absolutely beautiful…

3. No One Ever Really Grows Up

Don’t worry about “growing up” and figuring it all out, because no one ever truly does. Instead, maintain your childlike playfulness and curiosity throughout your entire life… You’ll learn a lot more and enjoy yourself a lot more because of it.

How much is Mo’Nique worth?

Mo’Nique’s net worth is estimated to be $9 Million.

How old is Mo’Nique?

How tall is Mo’Nique?

Mo’Nique is an American actress and comedian. She became well known for playing the role of Nikki Parker on the UPN television series ‘the Parkers’.

As an actress, Mo’Nique has appeared in films including “Phat Girlz”, “Welcome Home Roscoe Jenkins”, “Soul Plane”, “Domino”, “Baby Boy”, “Two Can Play That Game”, “3 Strikes,” “Half Past Dead”, and “Precious”.

What do you think about Mo’Nique’s net worth? Leave a comment below.

Discover the brand endorsements and movie roles that have helped model, DJ, and actress Petra Silander earn her million-dollar net worth.