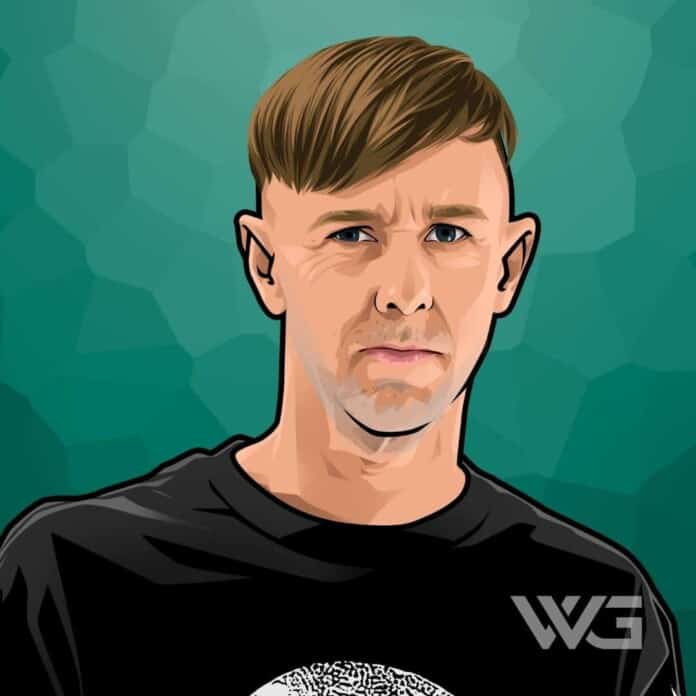 What is Richie Hawtin’s net worth?

Richie Hawtin is a British-Canadian electronic musician and DJ.

A three-time DJ Awards winner, he became involved with Detroit techno’s second wave in the early 1990s and has been a leading exponent of minimal techno since the mid-1990s.

Hawtin is known for his recordings under the Plastikman and F.U.S.E. aliases. In 1993, he dropped his debut album ‘Dimension Intrusion.’

As of September 2022, Richie Hawtin’s net worth is estimated to be roughly $11 Million.

Richard “Richie” Hawtin was born on the 4th of June, 1970, in Banbury, Oxfordshire, England.

His father worked as a robotics technician at General Motors and was a fan of electronic music, introducing his son to Kraftwerk and Tangerine Dream at an early age.

He has one brother, Matthew, who is a visual artist and ambient music DJ. Hawtin attended Sandwich Secondary High School in LaSalle. He began to DJ in clubs in Detroit at 17, and his early style was a mix of house music and techno.

Hawtin and John Acquaviva founded the Plus 8 record label in 1990. They named after their turntable’s pitch adjust function. A few years later, Hawtin launched M-nus Records.

In 1996, Hawtin released a series of monthly 12-inch singles, entitled ‘Concept 1’, which, alongside the work of Robert Hood and other producers, explored the so-called ‘Minimal techno.’ His M_nus label also pursued this direction.

He performed at Life Fest in Windsor in 2001. He spent part of 2002 and 2003 living in New York City, before opening a label in Berlin, Germany, where he focused on his M_nus label, developing the careers of DJ producers such as Magda, Gaiser, Heartthrob, and Troy Pierce.

In July 2015, Hawtin was awarded an Honorary Doctorate of Music Technology by the University of Huddersfield. Hawtin’s launched his own music technology company, called PLAYdifferently, in 2016. The first release was the MODEL 1 mixer, co-designed with the award-winning Andy Rigby-Jones.

As of September 2022, Richie Hawtin’s net worth is estimated to be roughly $11 Million.

Here are the best highlights of Richie Hawtin’s career:

“Keep going even in moments when you’re not blazing on fire and relevant with everyone around you. It’s because you love to make music. It’s making sure that the music isn’t about the technology and tools but truly about the music. Because that’s how humanity and the soul are communicated. The soul is the true tool.” – Richie Hawtin

“A set is created to make dance the crowd not for listening at home. An electronic set should only be heard in the party, and when this party finishes, the set shouldn’t be heard for nobody, it should only be kept on the mind of clubbers who were in the event.” – Richie Hawtin

“You don’t always need the absolute latest gear. Find your piece(s) of equipment and let time evolve your ideas with that setup.” – Richie Hawtin

“It been nearly 1.5 years since the last PLUS 8 record, but it seemed fitting that this record, in particular, made by a skinny white kid from Canada, became part of the label’s collection and history.” – Richie Hawtin

“Bringing a direct connection between entering. and MINUS, Maceo Plex delivers his CONJURE TWO EP that represents both the stripped-down sound of MINUS and the atmosphere of entering Ibiza!” – Richie Hawtin

“In the first demos at Hardwax, we really had to think about the EQing. Half the room wanted a standard low/mid/hi, half wanted something more innovative. We were 100K of our own money in and thought fuck it, let’s keep what’s different. The EQ’s were the heart of what made it different.” – Richie Hawtin

Now that you know all about Richie Hawtin’s net worth and how he achieved success; let’s take a look at some of his best lessons that we can learn from him:

To succeed in life, you need two things: ignorance and confidence.

It’s not about what the equipment does. It’s about what you can do through that equipment. That’s where the soul is.

Once you find your own sound, you find the strength and courage to stay true to that.

How much is Richie Hawtin worth?

Richie Hawtin’s net worth is estimated to be $11 Million.

How old is Richie Hawtin?

How tall is Richie Hawtin?

Richie Hawtin is a British musician and DJ who has released 14 albums under the names F.U.S.E., Plastikman, and Concept 1.

In addition to touring and recording, he is part of a team of DJs who teach seminars, workshops, and symposiums on electronic music at various universities as part of ‘CNTRL: Beyond EDM.’

As of September 2022, Richie Hawtin’s net worth is approximately $11 Million.

What do you think about Richie Hawtin’s net worth? Leave a comment below.